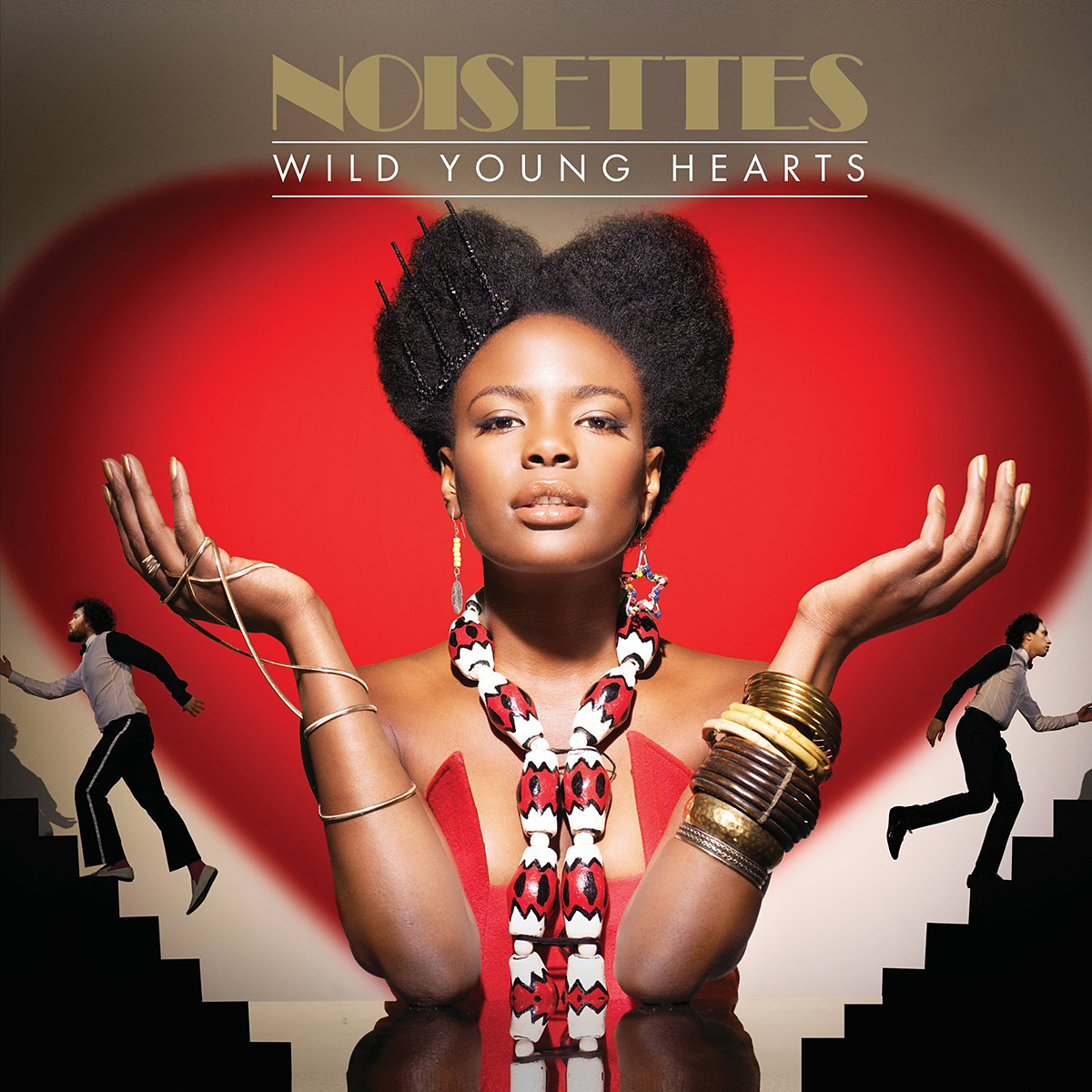 Noisettes do two things exceedingly well: modernized girl-group soul and surging pop-rock, both of which are confidently and expertly handled on Wild Young Hearts, a very good album that falls just short of powerhouse status. They sound even better when the two are combined, which happens frequently enough. Unfortunately, they also do other things, like taking halfhearted stabs at creeping ballads and empowered sham-feminist moralizing, strange missteps which dilute the album’s nearly perfect blend of styles. Still, the highs here are far more frequent than the lows.

Bassist and lead singer Shingai Shoniwa’s voice recalls Amy Winehouse’s but with a better range—a husky, anachronistic instrument that grants these songs an exciting air of antiqueness. This use of ’60s soul allusions makes for an interesting dynamic, especially when paired with high-energy synthesizer-laced rock, a mix of classic and modern that might feel clunky were it not so expertly handled. It’s this inspired combination that makes weaker moments so jarring, like when the group strays into facile, pandering pop on songs like “Don’t Upset the Rhythm,” which buzzes with half-assed snappy lyricism—the kind where rhyming couplets are tossed off one at a time without any regard for connection or context. Slower efforts like “Atticus,” which strives lamely for serious poetry, also fall flat.

But the charged exuberance of songs like “Beat of My Heart” and lead single “Never Forget You” makes for a pretty impressive package. The latter pairs a dense rock chorus with string lines and a Supremes-esque vocal hook—a perfect marriage of these two styles and one of the best singles of the year. It doesn’t hurt that Wild Young Hearts ends on a strong note, roaring out on four great tracks that help the listener to forget the rest of the album’s miscues.