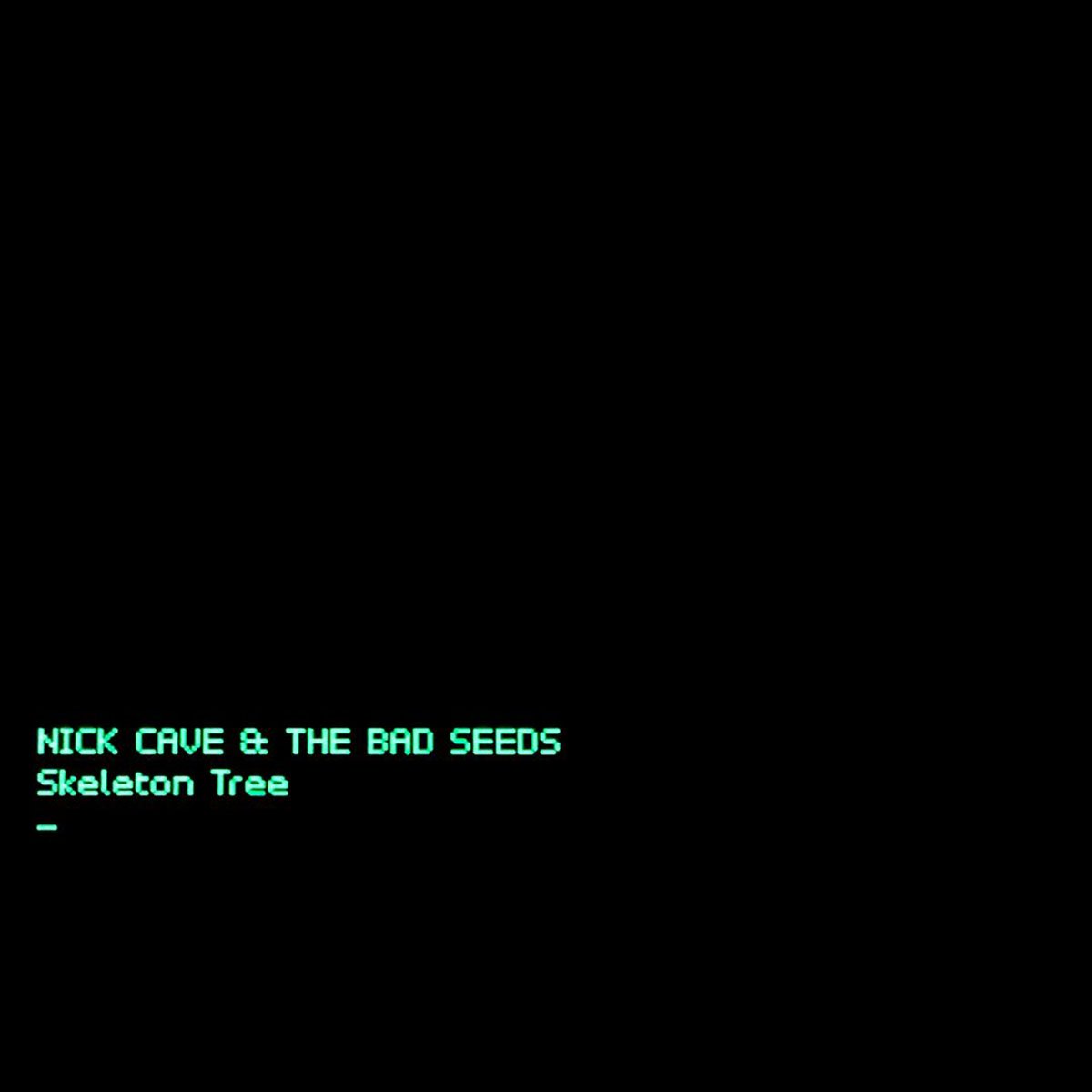 For over 35 years, Nick Cave has been one of rock’s most effective, erudite, and consistent purveyors of doom and gloom—from his aggressive, cacophonous early work with the Birthday Party to the refined yet tenebrous balladry that has often defined his later efforts. And with the possible exception of 1997’s The Boatman’s Call, on which Cave quietly ruminated on his then-fresh breakup with Polly Jean Harvey, he’s always seemed to be playing a character: the brooding, stalking crooner whose tales of murder, abuse, and terror were drawn from an interest in blues and folk traditions, literature, and Old Testament religious fervor rather than personal demons.

On Skeleton Tree, however, Cave sounds frighteningly human. Inspired by and inexorably tied to personal tragedy (his 15-year-old son, Arthur, died last year after falling from a cliff in Brighton), the album is at once Cave’s darkest, most emotionally devastating work to date, and his most painfully vulnerable.

While much of the material here was written prior to Arthur’s death, the documentary that accompanies Skeleton Tree, One More Time with Feeling, explores the extent to which processing grief defined the album’s creation. It has “Arthur all through it,” Cave himself admits in the film—though that may not be immediately obvious just from reading the lyrics on a page. On Skeleton Tree, Cave almost completely eschews traditional narrative songwriting in favor of vexing, visceral impressionism, retreating to a more subconscious lyrical mode as a means of expressing a type of pain even he, one of rock’s all-time most eloquent writers, couldn’t find the words to describe in a more straightforward manner. “I don’t believe in the narrative anymore,” Cave claims in the film. “I don’t think that’s what life is actually like.”

This is something of a leap for someone whose work has often rightly been described as literary. And in the course of establishing his literary cred, Cave has become something of a consummate professional songwriter, creating studiously composed works even as he returned to a noisier paradigm in the 2000s. The music on Skeleton Tree, however, matches the impressionistic nature of the lyrics. Clearly taking cues from Cave’s soundtrack work with multi-instrumentalist Warren Ellis, and sharing a small piece of DNA with the amorphous song structures of the Bad Seeds’s earliest output, the album takes the newfound electronic influences the band displayed on 2013’s Push the Sky Away and directs them into the creation of spookily, at times unsettlingly immersive, futuristic mood music.

The effect, combined with Cave quietly but intensely intoning his scattered ruminations, is as evocative as any carefully melodic or story-focused murder ballad he’s ever bellowed. On opener “Jesus Alone,” for instance, his doomy piano chords provide grounding as grumbling pedal loops, a lonesome UFO signal-synth, and jarring bursts of strings swirl around the singer’s abstract yet poignant musings on death and God (“You’re a distant memory in the mind of your creator, don’t you see?”). In One More Time with Feeling, Cave is shown seated at a piano, performing the song’s vocal overdub as he waves his arms as if conducting an abstract orchestra, his gesticulations encapsulating how powerfully the atmospherics build around him rather than any attempt at traditional song structure or instrumental dynamics. Similarly, “Magneto” allows Cave to read through a collection of violent, disturbing imagery over a sparse, foreboding collage of piano, acoustic guitar, and electronic sounds. “The urge to kill somebody was basically overwhelming,” he groans.

No matter how avant-garde it gets, though, Skeleton Tree inevitably cycles back to Cave’s personal tragedy. And when viewed through that prism, a narrative does begin to emerge. The album’s first half is the darker and more lyrically abstract one. But following “Anthrocene,” a compelling clinic in musical push and pull (in this case between Thomas Wydler’s crashing free drums and Ellis’s sorrowful piano), the melodies get sweeter, and Cave begins to address his loss in somewhat more of a direct manner. “Nothing really matters when the one you love is gone,” he croons in “I Need You,” but his expressed sorrow is belied by the fact that the building, synth-based ballad is one of the most beautiful, nakedly emotional songs Cave has ever written.

The following track, “Distant Sky,” sees Cave mourn: “They told us our dreams would outlive us/They told us our gods would outlive us/But they lied.” The sentiment’s heaviness, however, is overshadowed by an angelic guest vocal by Danish classical soprano Else Torpe that ultimately endows the song with a hopeful tone. And by the time the closing, nearly sing-songy title track wraps up, Cave is chanting: “And it’s all right now.” After 40 minutes of pain and grief, the sense of acceptance is well-earned.

Cave and the Bad Seeds have been responsible for a lot of great albums, but nothing they’ve ever released matches Skeleton Tree’s sonic cohesion, consistent front-to-back quality, or gut-level resonance. While it may not be Cave’s most accessible album, owing both to the experimental nature of much of the music and the fact that its level of emotional rawness makes it a legitimately uncomfortable listen in places, it may very well be his best.