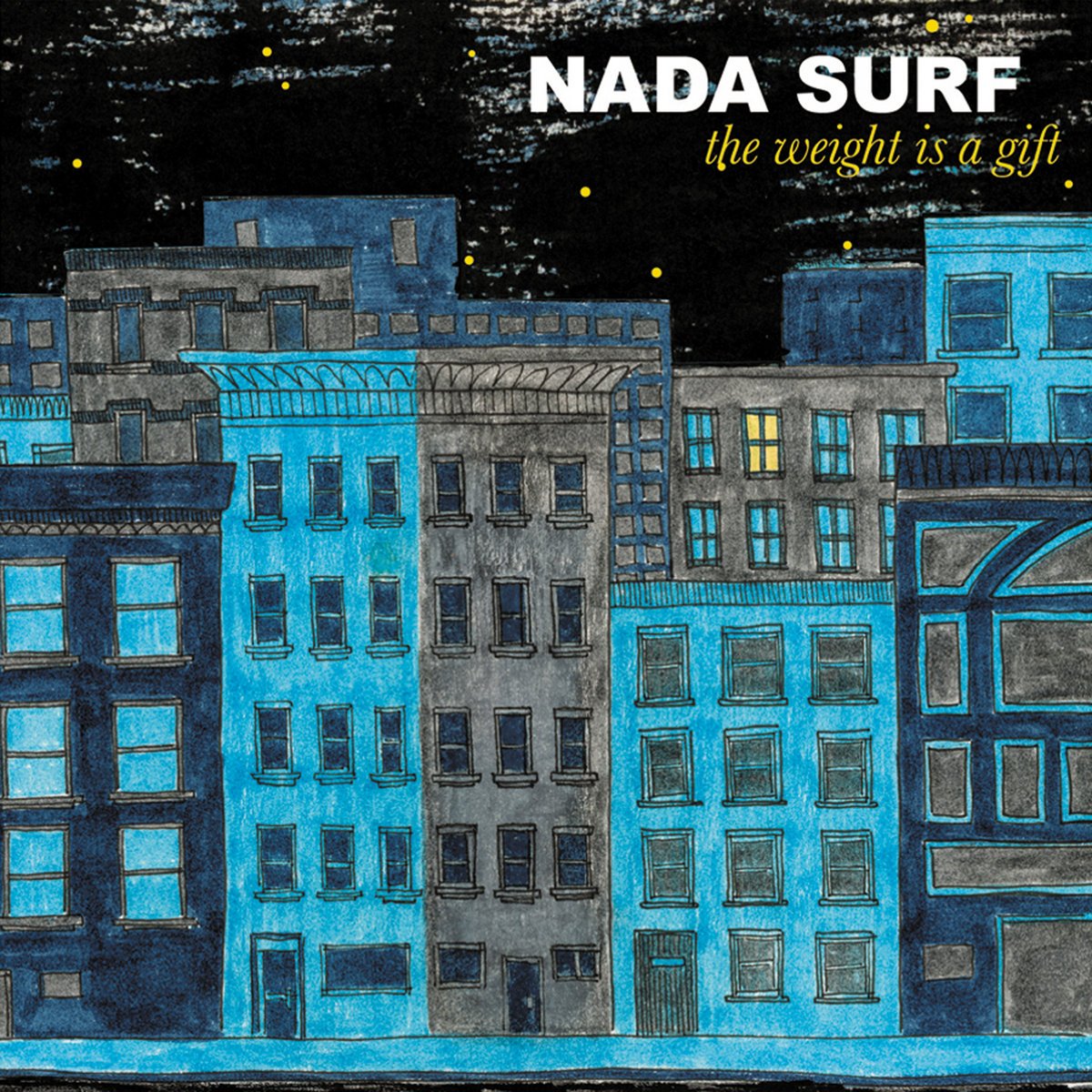 Seemingly destined to turn up on a future installment of NBC’s Hit Me Baby One More Time thanks to the lingering goodwill directed toward their novelty hit “Popular,” Nada Surf instead underwent a radical transformation into an exceptional indie-pop act on 2003’s Let Go, giving the band new creative license that other post-alternative acts like Crash Test Dummies and Marcy Playground never found. The album fully held its own in the company of concurrent releases from the Shins and Death Cab for Cutie, whose Chris Walla has stepped in to co-produce Nada Surf’s follow-up, The Weight Is a Gift, recorded at Barsuk labelmate John Vanderslice’s Tiny Telephone studio.

While The Weight Is a Gift lacks the surprise factor of its predecessor, Nada Surf have handled their newfound expectations for quality output with refreshing confidence, and the album’s best moments (the slow burn of “Your Legs Grow,” and the disarmingly funny chorus—“Oh, fuck it/I’m gonna have a party!”—of “Blankest Year”) don’t aspire to trendiness. The arrangements are so ingratiating that it’s easy to forgive the occasionally wretched line (“You’ve used up the easy streets/And you’ve lost your taste for treats” on opener “Concrete Bed”) and focus on the efficacy of the band’s freewheeling melodies (“Blankest Year” packs more hooks into its just over two minutes than all of the current modern rock Top 10 combined). The electric guitars are grittier and the drums are more aggressive than those of many of their fellow indie-pop acts, giving Nada Surf a distinctive sound in a crowded genre and rocking hard enough that they rightfully should earn a second shot at radio.

Review: Space Mtn, A Drawing of a Memory of a Photograph of You