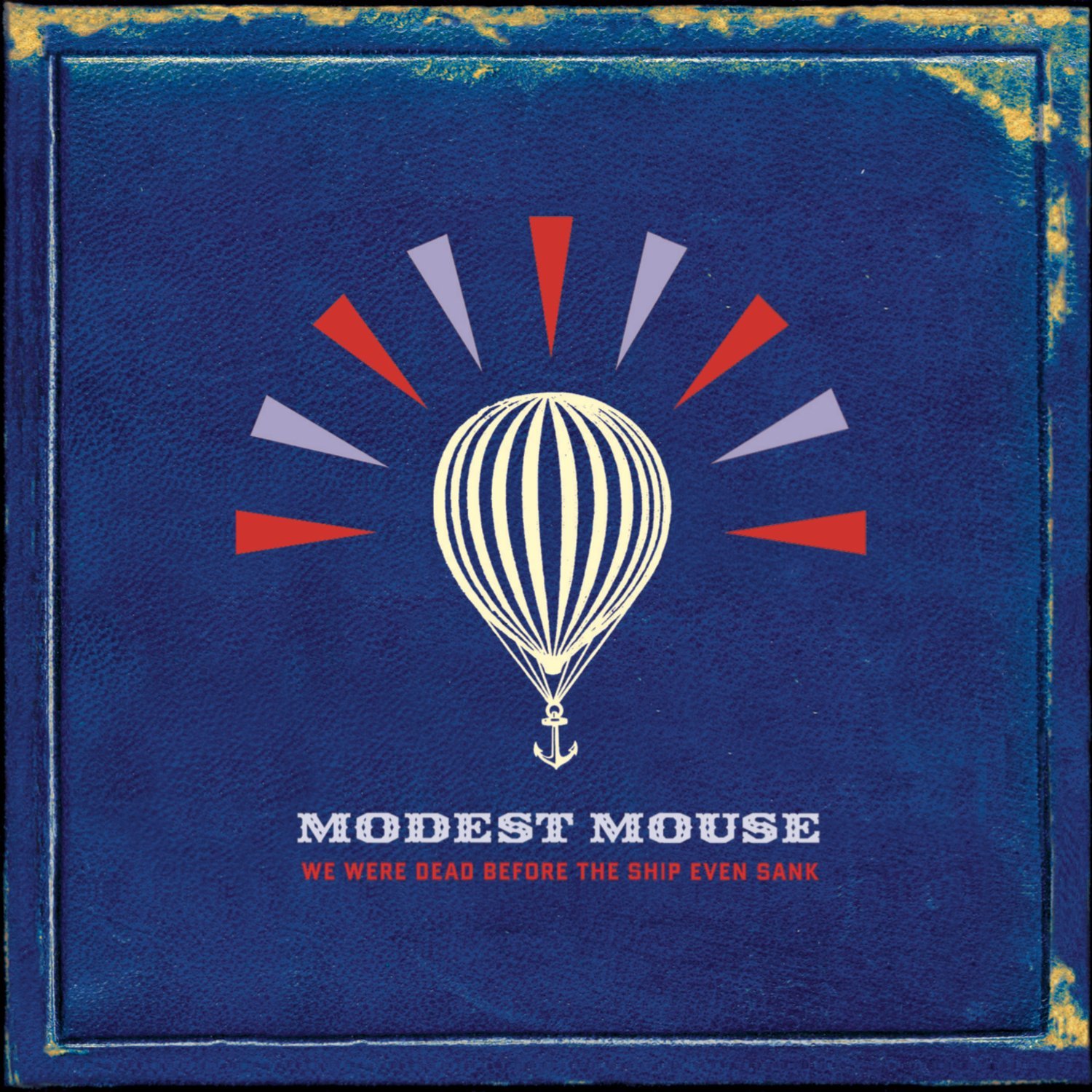 Is it possible to write a review of the new Modest Mouse record without mentioning “Float On”? Probably not. But even given the surprise hit’s “Cannonball”-like omnipresence (American-motherfucking-Idol!), I don’t think there are too many Subaru-driving, VH1-watching yupsters out there waiting with bated breath to see if Isaac Brock will prove to be much more than another one-hit wunderkind. Most purchasers of We Were Dead Before The Ship Even Sank, which debuted at the top of the charts this week, are probably those grouches who will try their best to hate it.

But hating We Were Dead is a definite challenge—it just might be Modest Mouse’s most consistent album, if only because producer Dennis Herring revisits the wacky radio-readiness of his work on “Float On.” I’m sure that there’s somebody somewhere who thinks that Modest Mouse still sound “weird” or “alternative,” but I doubt it. The record’s quirkier touches—Johnny Marr on guitar, various Eastern European-sounding instruments, Isaac Brock trying his damnedest to sound like an oddball—don’t really stand out that much among all the pop. Like The Decemberists’ similarly themed, progressively chirpier nautical rock, Ship works disturbingly well—and probably best of all—as a CD to take to the beach. But, hey, so does Kiss Me, Kiss Me, Kiss Me.

You’ve heard the single “Dashboard” by now, and have probably surmised that it’s Ship’s closest contender for following “Float On” to the pop-immortality of Kidz Bop and NOW compilations. Even without the horn section, it sounds a lot like Reel Big Fish, but it’s catchy and funky and the lyrics slyly capture Brock’s uneasy, paranoid genius: “Every dawn one yells surprise and in the evening one’s consoling, sayin’, ‘See it wasn’t quite as bad as it could’ve been.’” Elsewhere, the band mines its burgeoning frat-boy fanbase with the stoner anthem “Fire It Up,” and “Parting Of The Sensory” vamps up some of the gloomy loop-work of Brock’s Ugly Casonova project.

Strange that three weirdos on mushrooms from the Pacific Northwest hollering about Jesus and roadtrips and self-consuming fruit would make more of a splash recording for Calvin Johnson than they would with millions of dollars of production values, helped by Johnny Marr, and aping the Rocky soundtrack. (“Fly Trapped In A Jar” starts out as hysterical freakout like “Doin’ The Cockroach” before it breaks down into a bridge that sounds, I swear to God, just like “Eye Of The Tiger.”) Still, We Were Dead Before The Ship Even Sank is a really good, if not necessarily phenomenal, rock record.