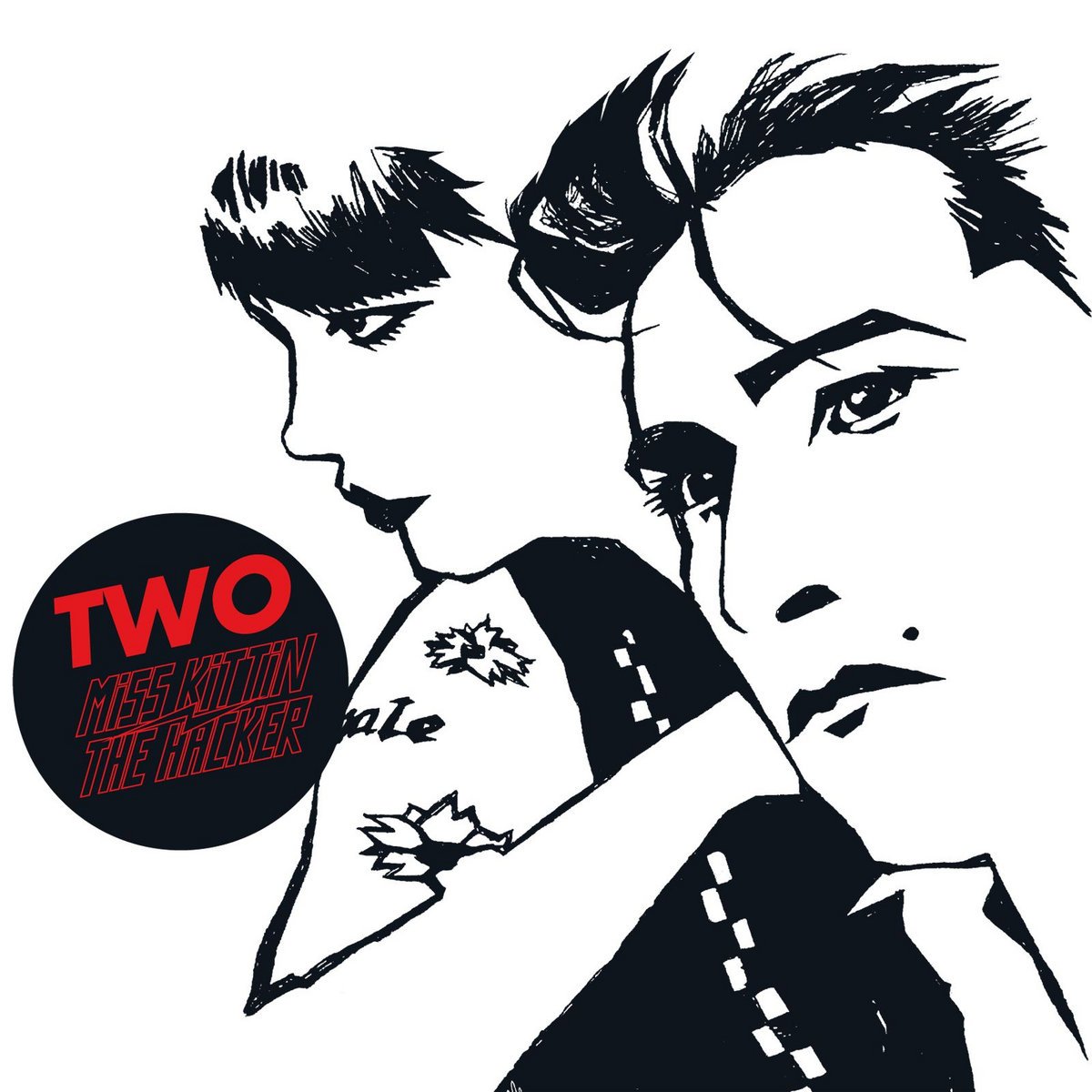 In a citation within Slant’s list of the 100 Greatest Dance Songs, Ed Gonzalez called Miss Kittin & the Hacker’s “Frank Sinatra” a “deadpan critique of starfucking nightlife,” and that Miss Kittin “makes social climbing sound so stupid and empty, while reveling in it.” After spending nearly a decade predictably doing their own thing, Miss Kittin has reunited with the Hacker (a.k.a. electroclash DJ/producer Michel Amato) for Two, the follow-up to their First Album. The earlier album featured tight, claustrophobically self-involved beats and a knowingly chintzy pall. And if, as Ed said, Miss Kittin’s vocals straddled the line between satirizing shallow behavior and embodying it, it was thanks in major part to Amato’s limited, almost faux-negligent clatter. With Two, he opens up the sound about as far as it can go while still paying homage to early-‘80s no wave. Instead of sounding like a remastered ESG rethinking if they’re truly “Moody,” here the Hacker’s tracks sound more like Yaz or Mr. Fingers banging out an alternative score to Koyaanisqatsi. The result is that Miss Kittin’s occasionally indifferent interjections and droning croons sound a lot less like parody and a lot more like a woman contented in her superficial surroundings. Social critique aside, Miss Kittin floats on the clouds of “1000 Dreams,” firm in her belief that indulging in myriad rewardless sensations will ultimately prove its own reward: “Another chance, take a break, face to face, big escape, rewind and sublime, 1000 dreams to reach the one.” Even the titular acronym of the otherwise dubbiest and most remote groove, “PPPO,” espouses the Powerful Pleasure of People Objects—not necessarily in that order. The words are flatter, the music is more generically attractive, and maybe we’re all getting a little too old for this club.