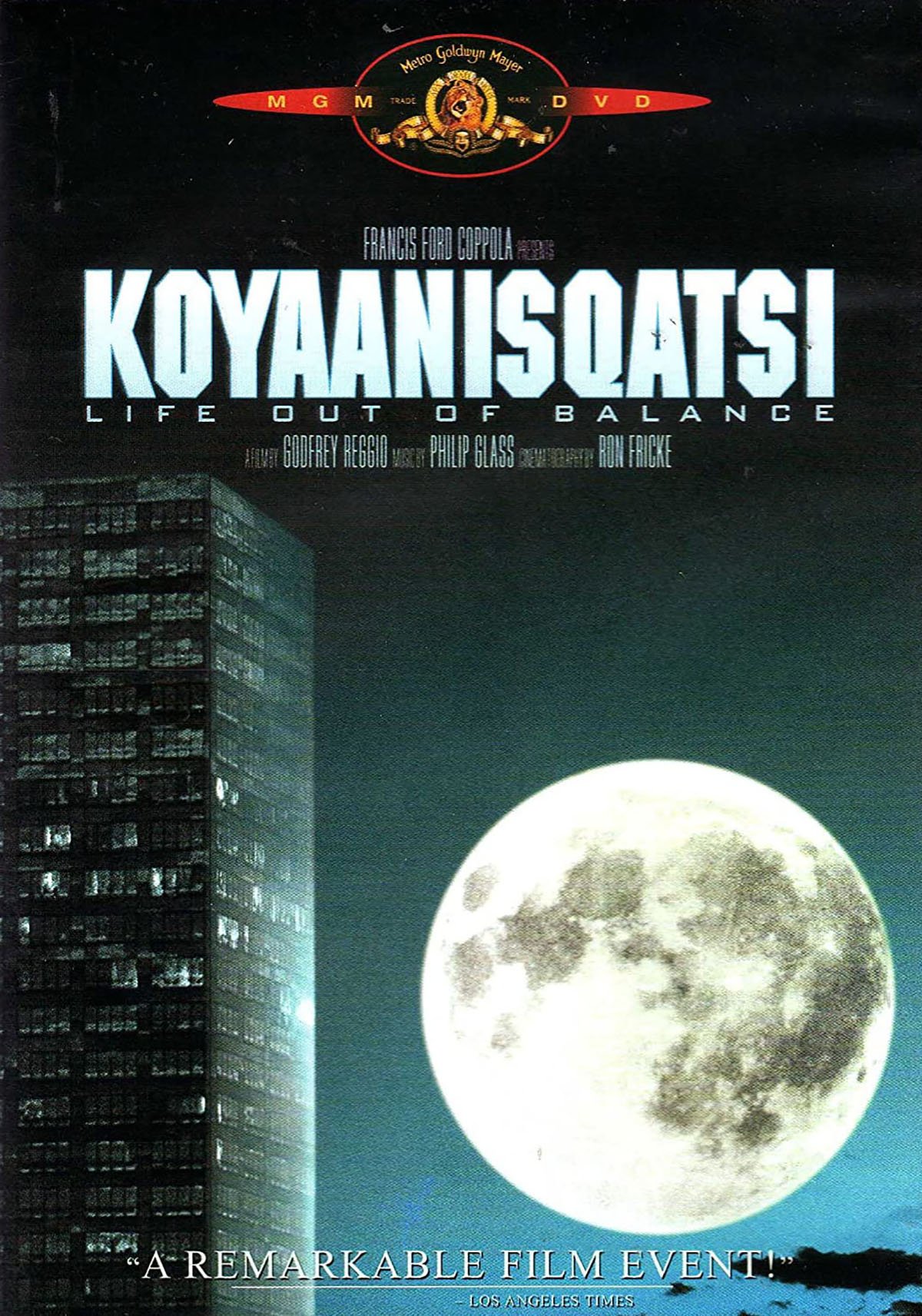 Godfrey Reggio’s Koyaanisqatsi remains the more heartfelt of the Qatsi films, though it’s not without its structural and theoretical complications. The film’s synergy of natural beauty and urban decay contemplates a “life out of balance,” yet Reggio is seemingly intoxicated with the very blight he questions. Though he cannot be accused of being an active participant in the destruction he photographs, Reggio nonetheless shoots with a complicity that’s noticeably missing from Ron Fricke’s superior Baraka. Fricke’s photography for Koyaanisqatsi is a work of mechanical splendor, as is the Philip Glass score. The film’s closing title card offers three different interpretations of the word Koyaanisqatsi. Crucial here is the first: “If we dig precious things from the land, we will invite disaster.” In Koyaanisqatsi, nature and technology collide in aesthetic harmony but Reggio, a self-proclaimed idealist, sees nothing but disaster in this fusion. Rather than contemplate a healthier relationship between these opposing forces, Reggio sees enlightenment only in their complete disunion. Powaqqatsi is every bit as viscerally engaging though less provocative than its predecessor. This National Geographic travel guide through Asia and South America contemplates “life in transformation,” the impact of technology on third world nations. After Koyaanisqatsi, the journey feels redundant though Reggio’s jabs at consumerism anticipate Naqoyqatsi’s more heavy-handed pokes. When Reggio takes Koyaanisqatsi into the housing projects, he finds irony in modern society passively perpetuating the decay of buildings so meticulously carved from nature’s resources. The major contradiction here is that Reggio’s simulacrum is recorded on celluloid (natural ingredients: nitrating cellulose fibers, nitric and sulfuric acids). He neither acknowledges this contradiction nor does he rebut his hands-off, value-free approach. There’s a sense that all would be forgiven had the film closed with celluloid deteriorating into flames as in Michael Snow’s Corpus Callosum.

Koyaanisqatsi and Powaqqatsi are available separately or as part of a two-pack. The former’s 1.85:1 anamorphic widescreen transfer is soft and not very clean but most inconsistencies can be blamed on its small budget and any stock footage that was combined with Fricke’s original photography. A higher budget means that Powaqqatsi boasts a better print though Fricke’s absence behind the camera makes this an even trade. Both films are cut to Philip Glass scores and while the Dolby Digital 5.1 surround track is noticeably thin, the remix gets the job done, especially during Glass’s more expansive compositions.

Both discs feature trailers for Koyaanisqatsi, Powaqqatsi and Naqoyqatsi. The Koyaanisqatsi disc, though, boasts the better making-of-documentary. On “Essence of Life,” Reggio discusses the origins of the film (Luis Buñuel’s Los Olvidados was a crucial inspiration), his idealism and relationship to Glass and Fricke. On Powaqqatsi’s “Impact of Progress” documentary, Glass discusses his more active involvement in the continuation of the Qatsi trilogy. It is also here that Reggio addresses and refutes the criticism his films have received.

In anticipation of Naqoyqatsi’s theatrical release, MGM issues the first two parts of Godfrey Reggio’s triptych, Koyaanisqatsi and Powaqqatsi, on DVD home video. Both should find a comfortable home next to Baraka.