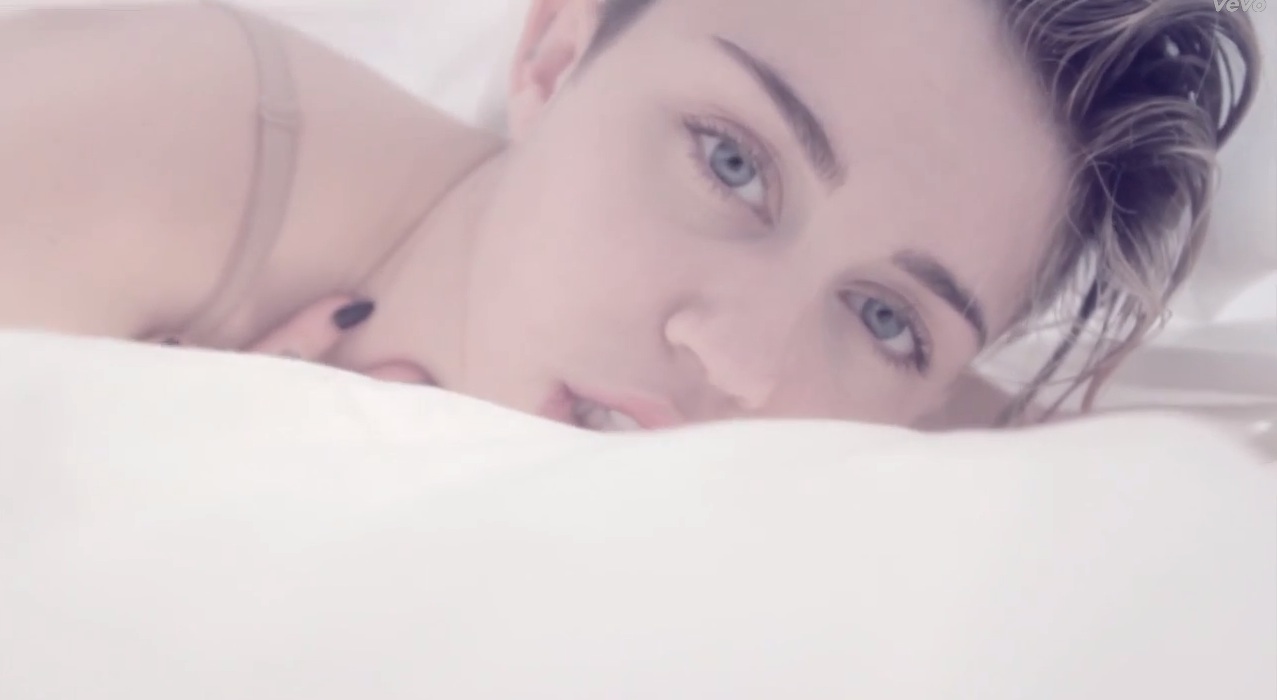 The music video for “Adore You,” the third single from Miley Cyrus’s Bangerz, appeared a day earlier than planned, prompting the pop singer to publicly call out the “fuck face” who leaked the clip on Christmas Day. The video for the tasteful, string-laden midtempo ballad finds Cyrus frolicking in flesh-colored panties, biting herself, stroking her belly, rubbing her lips, licking her hand, slipping her fingers between her legs, sucking her thumb, peeking out behind sheer fabric straight out of a Playboy video, and videotaping the whole exhibition like a sex tape. Part of a new generation of female pop stars whose so-called sexual agency seems more like auto-objectification (see Rihanna’s recent video for “Pour It Up”), Cyrus continues to mold herself in the image of the straight-male porn fantasy, complete with infantilism. Check it out below!