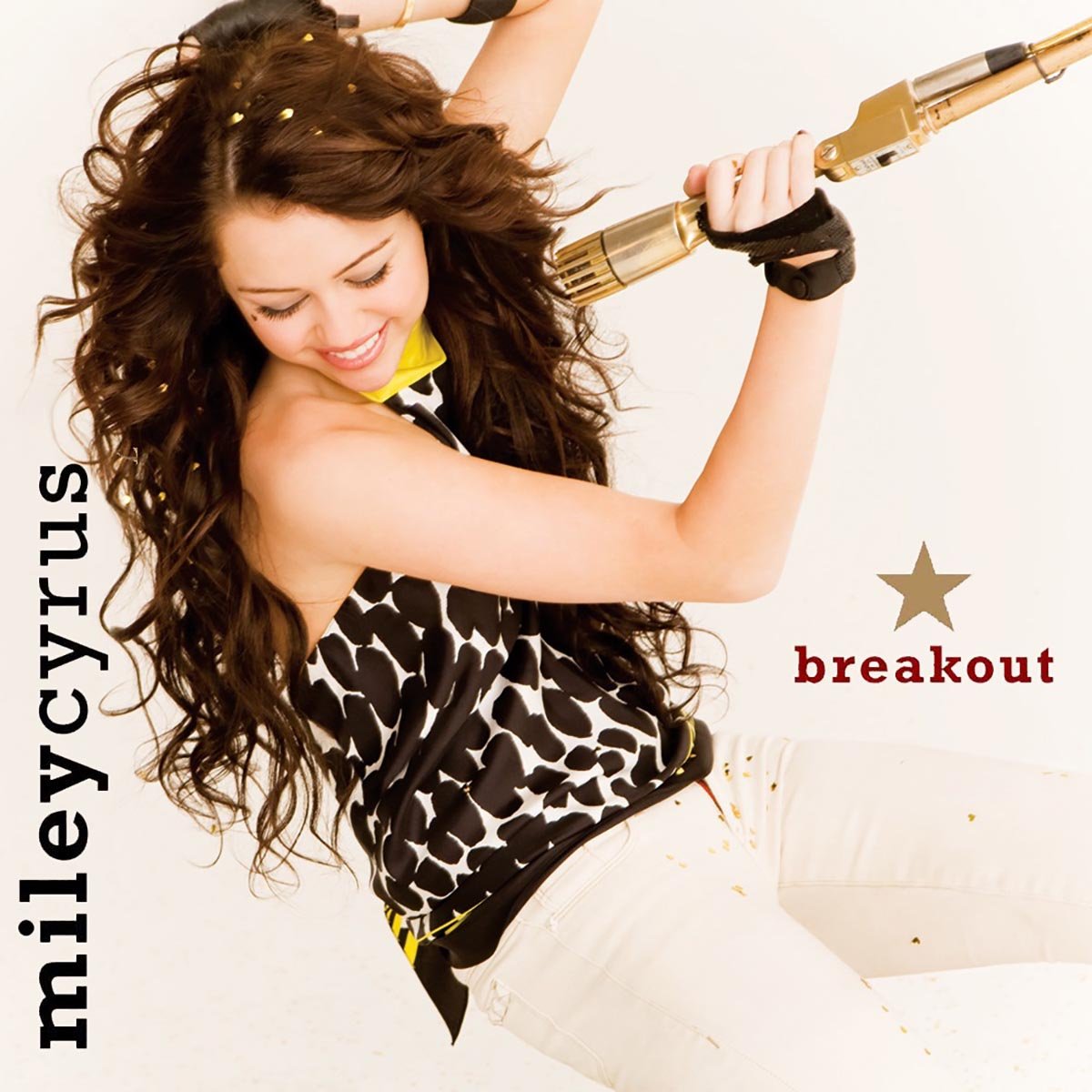 I had reason to be optimistic about Miley Cyrus’s sophomore effort, Breakout. The Hannah Montana star’s 2007 single “See You Again” managed to click with non-tween listeners thanks to its new-wavy dance beat, spaghetti-western guitars and a surprisingly spry vocal performance that’s gutsier than anything her fellow Disney Channel superstar Hilary Duff has ever put to digital. And then there’s the album’s title, which seemed to signal that Cyrus might be breaking out from Mickey’s wholesome clutches. Turns out, she’s only breaking out of school. The album’s title track is a noxious Avril Lavigne knockoff—an anti-education screed filled with declarations like “Every week’s the same/Stuck in school, so lame!” and “Tired of being told what to do/So unfair, so uncool!” It’s followed by the album’s lead single, “7 Things,” a rather annoying kiss-off to an ex-boyfriend that alternates between slightly country-tinged verses and raucous pop-punk choruses. A more worthy follow-up to “See You Again” would be the playful and infectious “Fly on the Wall,” with its static-y guitars and spacey, quirky hook, or even “Full Circle,” on which Miley has perfected Avril’s clipped “oh, oh, oh!” tic. Breakout ends with a few by-the-numbers adult contemporary ballads, including the minimalist “Bottom of the Ocean” and the country-pop “These Four Walls,” which highlight the often unpleasant nasal quality of Miley’s voice. The album works best, however, when we’re reminded of just how young Miley is, as on the green-conscious “Wake Up America,” in which Armageddon never sounded so darn cute, and a not-completely-disastrous cover of Cyndi Lauper’s signature “Girls Just Wanna Have Fun,” which tosses out the original’s subtle reggae undercurrent and replaces it with a more propulsive punk beat and string stabs. For teen-pop (despite what Annie Leibovitz would have us believe, Miley is only 15, after all), your kid could do worse. You know, like Avril.

Review: Season Five of Black Mirror Regards Our Grim Future with a Smirk

Review: Miley Cyrus’s She Is Coming Feels Like Empty Posturing