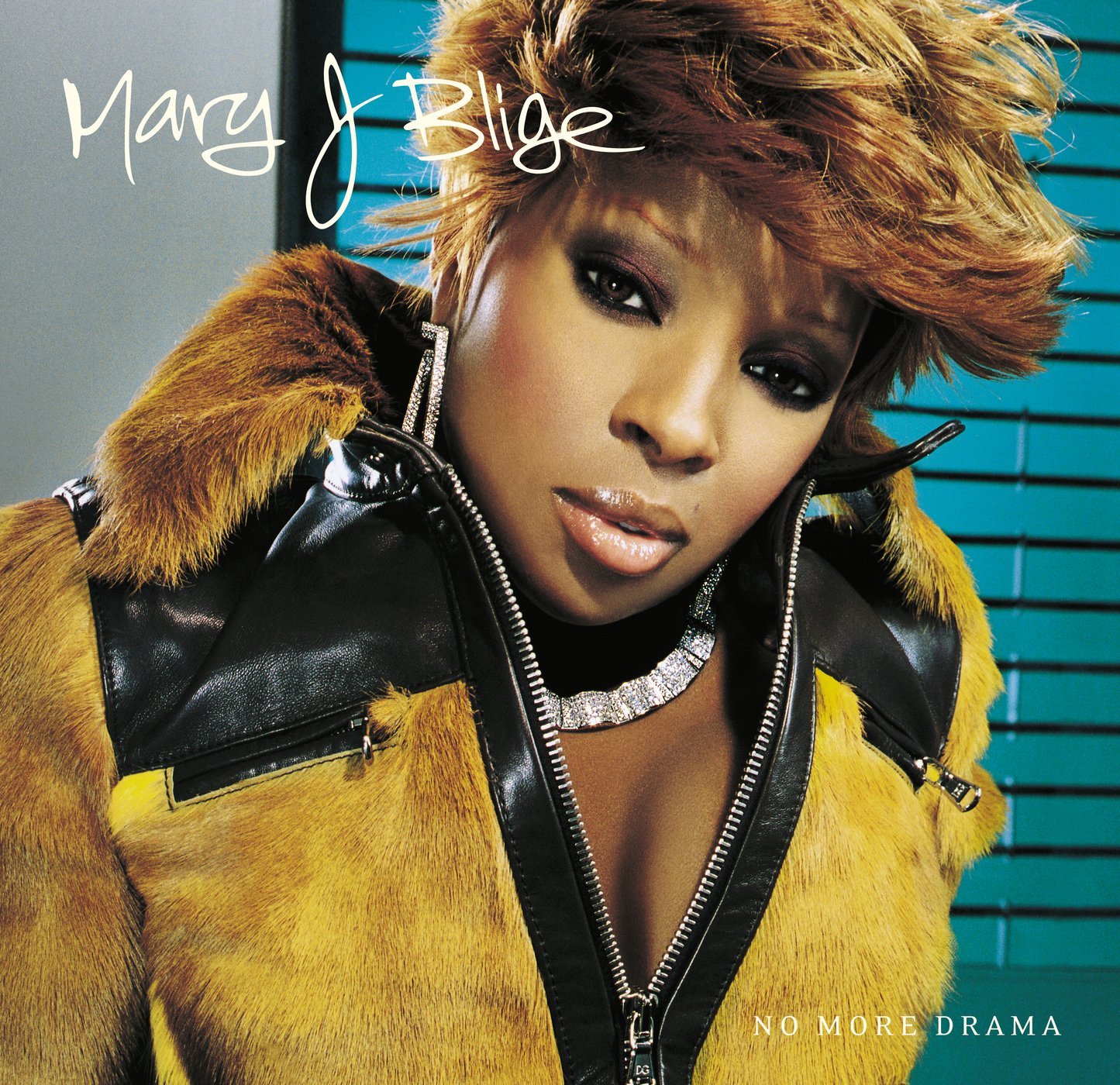 Since her liberation from P. Diddy’s dynasty in 1997, Mary J. Blige has struggled to recapture the musical and thematic solidity of her sophomore effort My Life. The Puffy-helmed album won raves from fans and critics alike, many of whom celebrated Mary’s buttery vocals and womanly interpretation of a manmade God. The Queen of Hip-hop’s fifth studio creation, No More Drama, is a definitive move back toward the sounds and themes of My Life and a decidedly more upbeat step away from the adult-oriented R&B of 1999’s Mary (an album that, no doubt, aimed to crossover the singer from urban to Adult Contemporary).

Drama’s opening track, the horn-sampled “LOVE,” sets the tone for the entire disc and finds Mary rapping for the first time since her debut almost a decade ago. The all-too-brief “LOVE” segues into the set’s first single, the Dr. Dre-produced “Family Affair.” The song is the latest in a recent slew of club-ready superstar anthems, celebrating the joy and unity of dance. “Let’s get crunk ‘cause Mary’s back,” she sings. Mary’s back, indeed, in full form for the first time since 1997’s Share My World. Though Mary’s vocal range is undeniably limited, tracks like the tight “Crazy Games” and “PMS” prove her emotive deliveries are still unmatched. While the latter is lyrically drab at times (“Be a man…The worst part of being a woman is PMS!”), Mary & Co. deserve kudos for attempting to shed a bit of perspective on the pangs of womanhood, framing her dramatic lament with a fully-fleshed out arrangement.

It’s clear from the get-go that Drama has its share; the sheer drama of the title track is, in fact, what elevates it above the rest of the album, interpolating the theme song from The Young & The Restless throughout. Unfortunately, the Jimmy Jam & Terry Lewis-penned track aims to empower with such thematic obscurities as “I choose to win.” (It seems odd that someone with such a profound understanding of choice in the role of one’s fortune would use such an elementary interpretation of the word “win.”) Regardless, Drama’s excursions into spirituality are where Mary truly shines. “Testimony” and “Destiny,” the long-awaited answer to 1994’s “Be Happy,” provide a welcomed return to her spiritual center (missing, for the most part, from Mary).

Each of Ms. Blige’s albums have harnessed the potential for hip-hop perfection, yet she falls short each time and Drama is no exception. Chock-full of guest artists (Eve, Missy Elliott, Hakeem and Lenny Kravitz) on an oft-laborious 16 tracks, the album is a bit long-winded. Due, perhaps, to the fact that she has never fully taken creative control of her work, relying on a small army of commissioned songwriters and producers to help realize her message, Mary’s albums always seem inconsistent. If she could only fine-tune that rarely-focused message and learn to trim the fat, Mary might be able to fulfill the title of musical royalty that has been bestowed upon her.