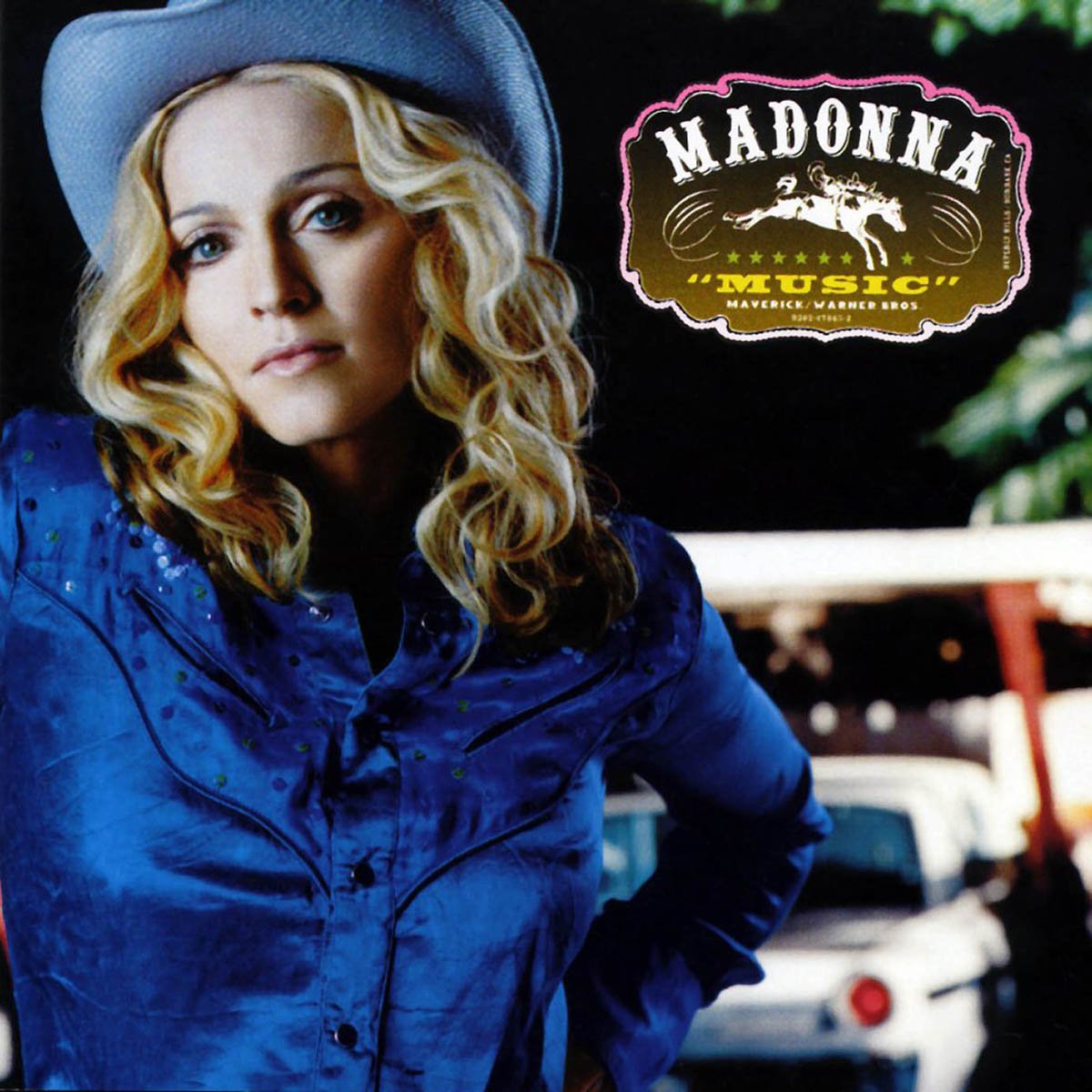 After her hugely successful and critically lauded Ray of Light, Madonna could have gone in one of several possible directions: a more hardcore trance route, enlisting a world-class DJ like Sasha (who remixed a few tracks from Ray of Light and whom Madonna allegedly dismissed after collaborating on several tracks early in the recording process of this new album; staying in safe territory by writing and recording once again with William Orbit, the mastermind behind Ray of Light; or an even more experimental direction, commissioning someone like French electronica guru Mirwais Ahmadzai.

Madonna once told producer Shep Pettibone “You can never do the same thing twice…ever,” and two new collaborations with Orbit, “Runaway Lover” and “Amazing,” prove that when you do, it probably won’t be very interesting. “Runaway Lover” sounds like a Ray of Light outtake with uninspired couplets like “It doesn’t pay to give away what you lack/You’ll never get your money back.” “Amazing” is incredibly catchy and has a Supremes-like melody, but the track rehashes the drum loop Orbit used in Madonna’s 1999 single “Beautiful Stranger” (which was originally the loop from his “Ray of Light” remix), and proves that he may not have had enough tricks up his sleeve for an entire new album anyway—and perhaps Madonna knew that.

As such, Madonna enlisted Mirwais for most of the rest of her eighth album, Music. The title track, a retro hands-in-the-air club song reminiscent of Debbie Deb’s “When I Hear Music” and Madonna’s own “Into the Groove,” is the singer’s best dance floor-beckoning track since “Vogue.” She sings “Music makes the people come together” like a track off of her debut album, and as an added bonus she uses words like “bourgeoisie” and “acid-rock” with equal abandon.

If you can get past the initial horror of hearing Madonna’s voice get the Cher “Believe” treatment on “Nobody’s Perfect,” another Mirwais collaboration, you’ll find a brilliant song full of genuine sorrow. The track opens with an intentionally imperfect and somber “I feel so sad,” and it is indeed believable. Lyrics like “What did you expect? I’m doing my best” are sung with an intriguing juxtaposition of human emotion and mechanically detached vocalizations.

With its distorted vocals and grinding electronic burps, “Paradise (Not For Me)” is another distinctive Mirwais production. At a turning point in the song, Madonna awkwardly struggles to speak the words, “There is a light above my head/Into your eyes my face remains,” while strings swell and bring the song to a climax. It’s at this point that “Paradise” resembles the cinematic grandeur of tracks like “Frozen,” and it’s also one of the few moments throughout Music that recalls the spiritual introspection of Ray of Light.

Two tracks take a striking folk direction. “I Deserve It” finds Madonna once again singing with a warm yet detached voice, but this time her vocals are completely untouched by effects. On the closing track, “Gone,” Madonna turns in one of her best performances. In the vein of “Live to Tell,” the song seems to sum up everything Madonna has tried to tell us about being the most famous woman in the world. Earlier attempts have seemed obvious and sometimes trite (“Goodbye to Innocence,” “Survival,” “Drowned World/Substitute for Love”), but “Gone” is particularly telling. It’s also, perhaps, the most human she has ever been. Self-deprecation and vulnerability have never been Madonna’s strong-suits, but the way she sings, “I won’t let it happen again/I’m not very smart,” could make you wonder.

Music seems more like a collection of songs than a cohesive album, and it’s an unexpected answer to Ray of Light. But strangely, in an attempt to make a “fun,” less-introspective album, Madonna has revealed more of herself than ever. No longer shrouded with pedantic spirituality, she has become even more human, exposing her fears on tracks like “Nobody’s Perfect” and “Paradise (Not for Me),” her soul on “Don’t Tell Me” and “What It Feels Like For A Girl,” and revealing her joys on “Impressive Instant” and “Music.”