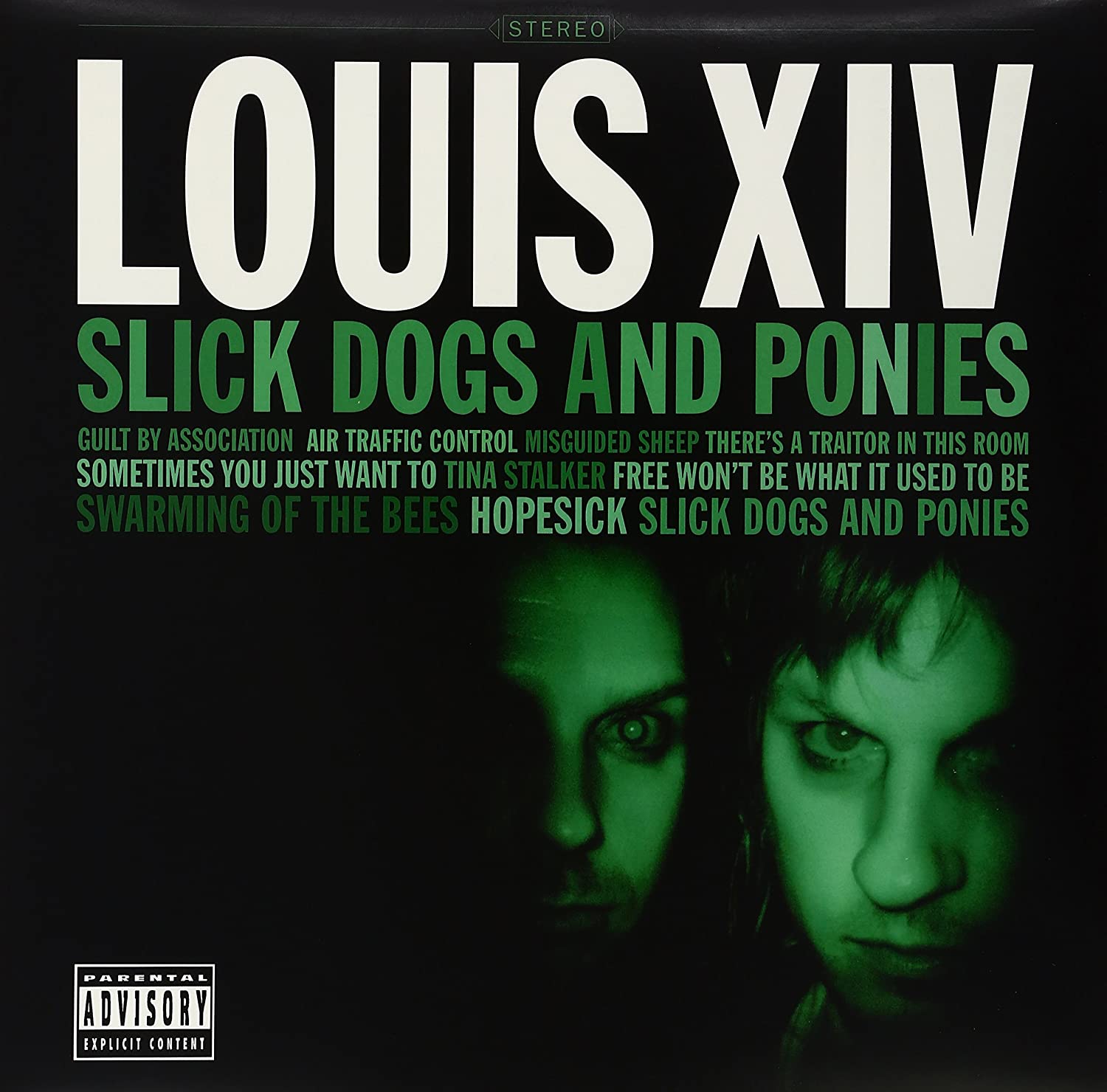 One of the most popular frat parties at my small liberal arts institution was an event called Glam-Rock. No kidding, the party was hardly miserable (otherwise prudish coeds gaudied themselves up in glitter and fishnet stockings and the booze flowed freely), but I never could pardon the idiotic choice of musical entertainment: a Guns N’ Roses cover band. “I know there are David Bowie cover acts out there,” I would argue, but no one could hear me above the wailing metal riffs and fake Axl’s screeching.

Similar to the frat guys who used the term “glam-rock” as an excuse to wear tight pants and flamboyant wigs (but not makeup, of course), Louis XIV wash out the weirdness from the genre until all that’s left is a faux-Stones rhythm and an ever-present obsession with coitus, or what they would probably call “getting ass.” Though more adventurous than 2005’s The Best Little Secrets Are Kept, the band’s sophomore LP, Slick Dogs and Ponies, still rings soulless at its core.

Whether it’s Jason Hill, who pulls most of the lead vocals, or his partner Brian Karscig, the singer on a Louis XIV song always sounds like he’s about to sneeze—a high-pitched rush to the end of every line. And with lyrics like, “You’re so bitchy/You make me itchy” and “All you wanted was my love in your mouth,” there’s little even the greatest vocalist could do not to sound like a complete moron.

In addition to revisiting the shuffling, riff-reliant muck found on Best Little Secrets (“Guilty by Association,” “There’s a Traitor in This Room”), Louis XIV try to expand their sonic palate by flirting with string noise and dance beats, and find little success with either. “Air Traffic Control” begins as an attempt to channel “Space Oddity,” but it lands sounding like more like Train. “Tina” follows in the steps of the Bee Gees, but Hill and Karscig are certainly not the Gibb brothers and their take on disco-rock falls flat on its face.

The title track, also the album’s finale, runs six-and-half minutes, full of gauzy string lines and tempo changes, and is an unbelievably self-indulgent mess. But no one should listen that far into this album anyway. Someone please teach Louis XIV how to play “Welcome to the Jungle” and banish them to the fraternity-party circuit, where they might actually be appreciated.