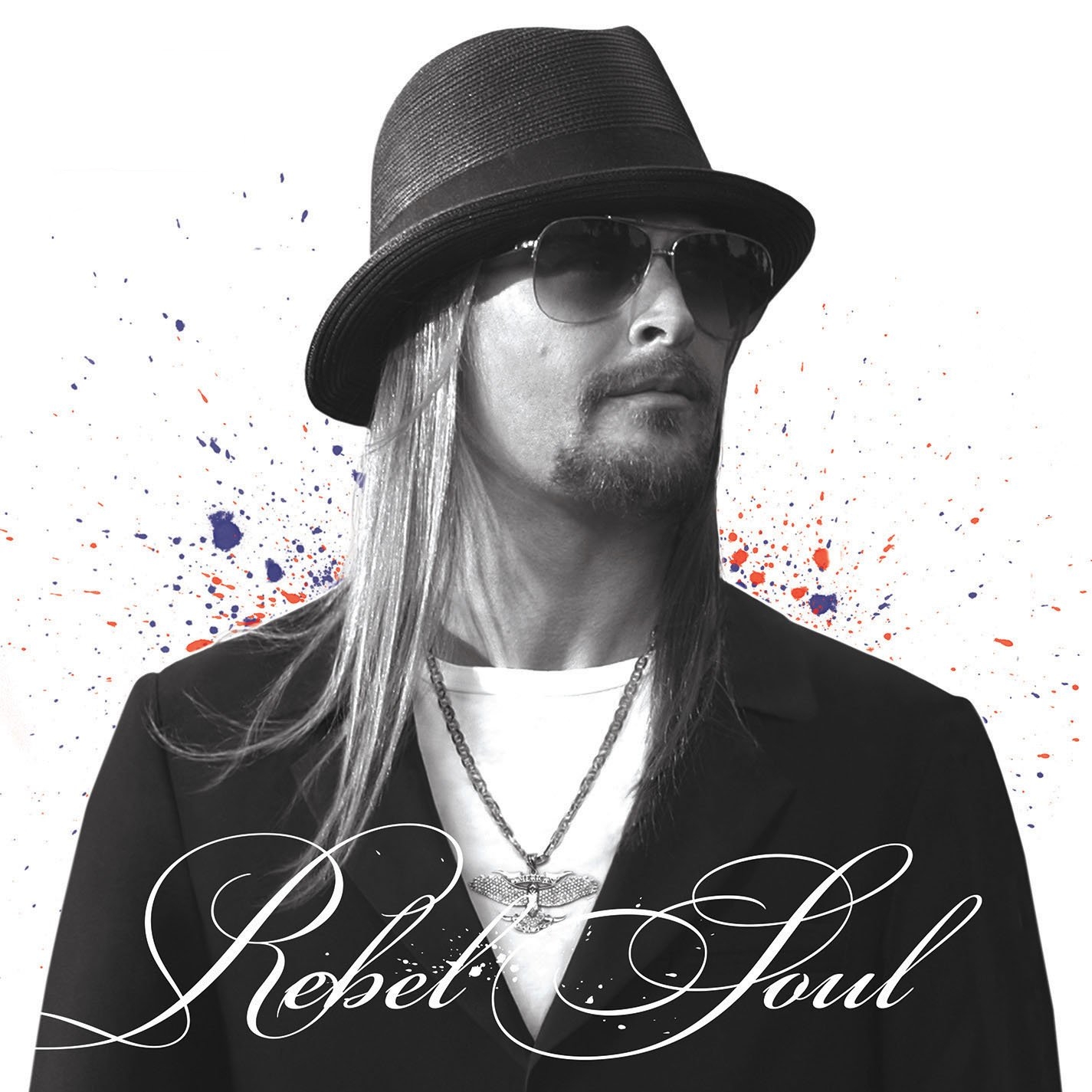 Kid Rock’s music qualifies as Southern boogie the same way that Cracker Barrel qualifies as a “down-home” establishment: all of the gimmickry, none of the soul. As on 2010’s Born Free, the Detroit-born rap n’ roller continues to jettison hip-hop postures in favor of straight-ahead rock. The result, Rebel Soul, befits an election year. It’s a very safe affair, full of platitudes and conspicuous all-American gestures. Marlon Young, lead guitarist for Rock’s backing band, Twisted Brown Trucker, turns every trick in the playbook, churning out Link Wray-style textures in service to Rock’s tales of gun-slinging, jingoism, and pussy-chasing.

Several things are apparent from the outset. First, Rock’s been watching a lot of James Bond, as we learn in “Cucci Galore,” the album’s only proper fuck anthem. It’s a tale of “everybody naked in the hot tub,” produced with such sleaze that you can practically see the full alphabet of hepatitises awash in the singer’s pleasure bath. Second, Rock still loves his guns, as we learn on “Let’s Ride,” wherein his only advice for young pistol owners is: “May your conscience be your guide.” Third, Rock distrusts Big Government, as we learn in “Catt Boogie,” a swampy guitar and honky-piano number about “Uncle Sam sellin’ us a one-world nation/Banks hedgin’ bets for the next generation/And all while buildin’ us a big space station.” Lest this all sound like one sustained Romney ad (scratch the hot tub), Rock varies his programmatic statements with cornily literal musical ones. The guy is committed to rocking, a commitment he affirms over and over on “Rebel Soul,” “Cocaine and Gin,” “God Save Rock n Roll,” and “Mr. Rock n Roll,” lyrics to which comprise a string of song titles by Little Richard, Elvis Presley, Chuck Berry, Creedence Clearwater Revival, and even Mountain. These lazy appropriations aren’t quite as feckless as the 2008 Skynrd rip-off “All Summer Long,” but it’s a squeaker. “Mirror,” a brooding, Auto-Tuned slow jam, is the principal stylistic deviation on the album, which elsewhere shoots for country radio with “God Save Rock n Roll” and the John Eddie cover “Happy New Year.” “Celebrate” veers between Deep Purple mimicry and Telecaster hick-rock.

None of the album’s obvious detractions can alter the fact that Rebel Soul is listenable enough, thanks mainly to the studio pros who make up Twisted Brown Trucker, and the album’s down-home triptych coda (“Redneck Paradise,” “Cocaine and Gin,” and “Midnight Ferry”) may be the most inviting material on the whole disc. “Redneck Paradise” is the singer’s best vocal performance in a long time, all tuneful swamp, and “Midnight Ferry” is a fun, funky midtempo number of unusual mellowness. But then Rock gets to that line about “It doesn’t really matter/The poet’s seldom heard” and you just have to take five to keep from punching your stereo. Rock doesn’t have a “rebel soul”; he merely has a microphone and a funny hat. Young’s riffery is workmanlike, and Rock isn’t a half-bad singer. But this is the guy whose lyrics make Ted Nugent seem like an intellectual, and his conceptual vacancy and abject self-regard leave only the hotter-than-average boilerplate music to admire: capable, ass-shakeable, and eminently replaceable.