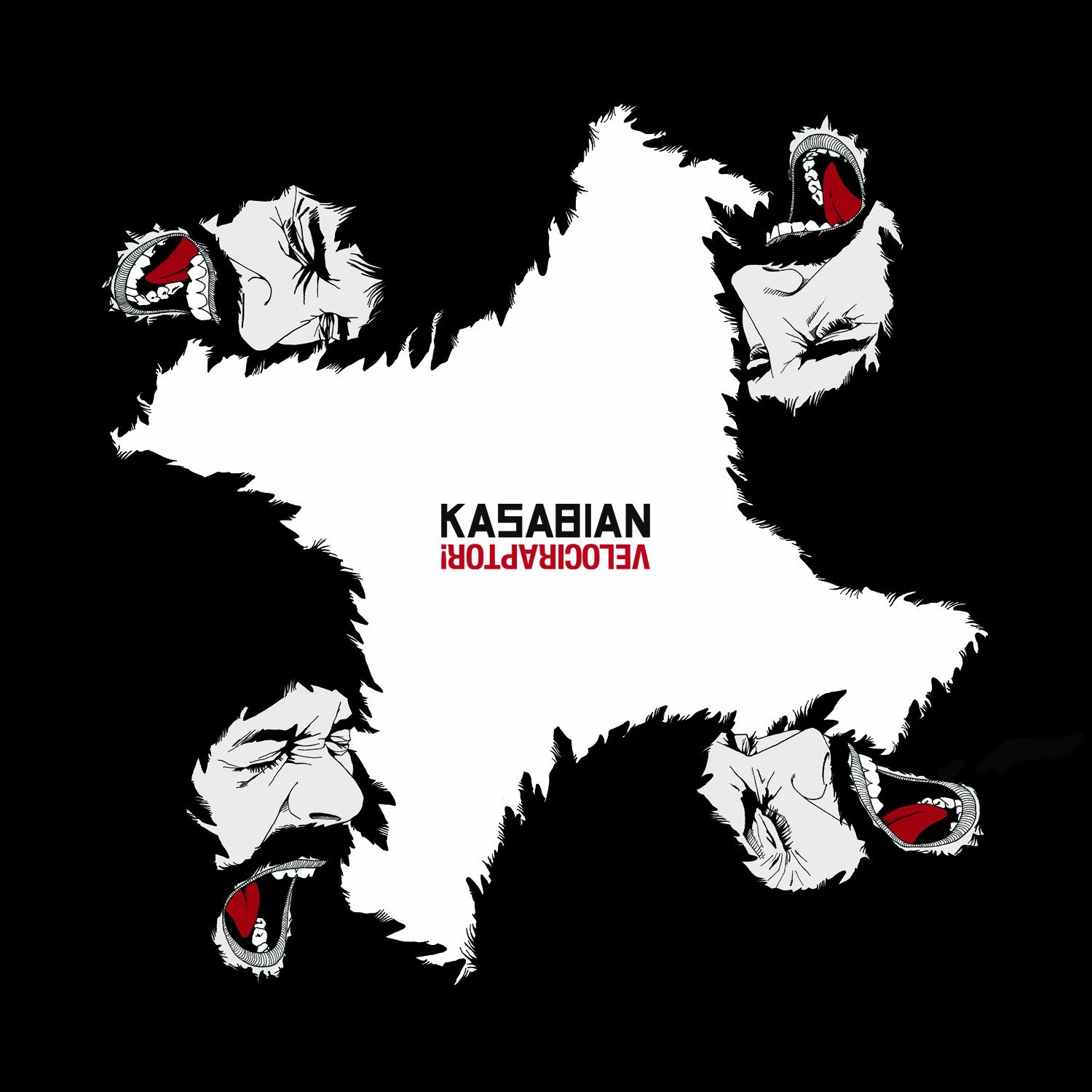 For Kasabian’s fourth album, Velociraptor!, songwriter-in-chief and inveterate mouthpiece Serge Pizzorno claims he’s penned the first “truly classic album…[in] 15 or 16 years.” Frontman Tom Meighani is no less modest, adding that the album “will change people’s lives.” They’re both wrong, of course, but the piquant Leicestershire quintet’s latest could well be their strongest to date.

The album’s opening salvo, “Let’s Roll Like We Used To,” finds Pizzorno and company playing it relatively safe, delivering a series of dynamic numbers that could have fit comfortably on just about any Kasabian album; lead single “Days Are Forgotten” is the most straightforward rock jaunt here, though it sports a subtle string arrangement and roaring brass breaks en route to its epic arena-ready refrain.

But despite its title’s bombast and completely superfluous punctuation, Velociraptor! is largely a departure from the loutish club-rock with which Kasabian first made their name.

Though “Switchblade Smile” is very much in keeping with Kasabian’s boisterous electro-indie style, the album as a whole is surprisingly light on the pub anthems that have littered their previous work. Instead, Pizzorno tries his hand at psychedelia and balladry to some success: “Goodbye Kiss” and “La Fee Verte” are two endlessly charming numbers, while “Acid Turkish Bath (Shelter from the Storm)” catches the group at their most peculiar and elaborate.

With Velociraptor!, Pizzorno proves himself as a genuinely compelling songwriter. His songs are expansive without sounding overwrought, and his searing choruses are tailor-made for the colossal stadiums the group is set to tour. His lyrics are as incredibly naff as always, with Meighan forced to sing a few unqualified clangers on occasion, but his musicianship is almost ceaselessly arresting. And even if Velociraptor! isn’t quite the album the band promised it would be (it’s practically impossible for Kasabian to live up to their own self-conjured hype), it should be enough to prolong their tenure as British rock royalty.