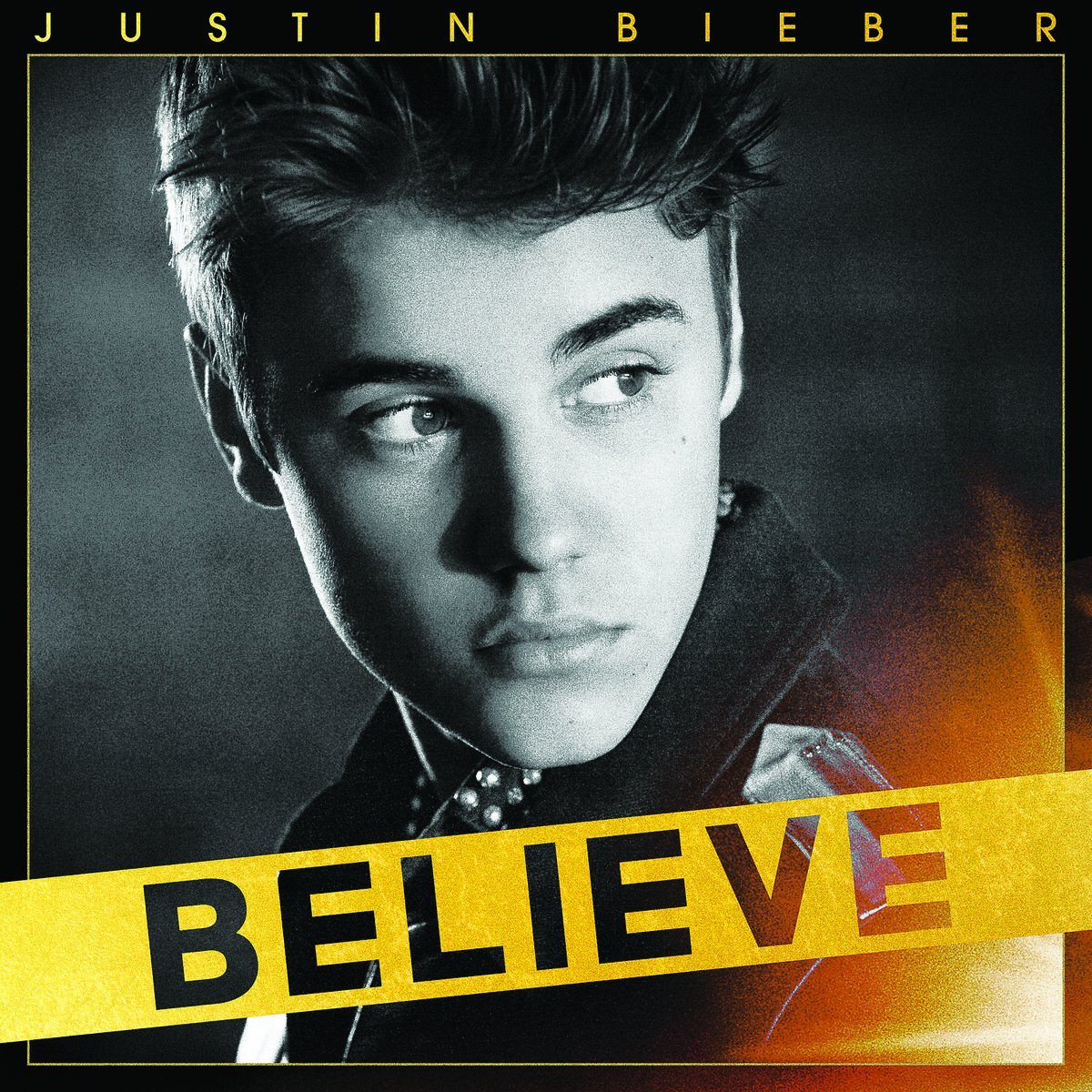 If you’ve ever been to a state or county fair, you recognize that moment at dusk when the parents leave the midway and sunlit forum for family fun turns into a loud, clanging, palpably aggressive Shangri-La for tweens taking their new freedoms out for a test drive among sullen carnies just shaking off their daytime hangovers. It’s a little like society held up to one of those warped funhouse mirrors, with capricious adolescents knowingly taking advantage of the gnarly adults who have to kowtow to them in exchange for those pink paper tickets. Or, if you prefer, it’s Karen Klein’s recent bus ride-cum-viral video, only overcome by the scent of cotton candy and hot dog puke.

It’s this milieu that perfumes Justin Bieber’s Believe. If the Play-Doh grooves and foam-padded beats of My World 2.0 aren’t completely gone yet, they’re certainly doing a great job of pretending they’re older than they really are. The headline is, of course, that Bieber’s voice has taken the predictable roller-coaster plunge from the lilting alto that made girls’ mosquito bites feel all butterfly-kissed into a raspy tenor. Though his new voice has the rambunctiousness that pubescence assumes, it’s also marked with the timorousness that’s less often celebrated, but equally omnipresent among vocalists trying to figure out the limits of their new range.

It’s worth noting that it sounds a lot like Believe was recorded on both sides of the chasm, with a few songs on the waxing side of vocal cracks (the syrupy guitar ballad “Catching Feelings” and midtempo dwellers “Thought of You” and “One Love”) and the rest in the aftermath. Sometimes the effect is more embarrassing than revealing, especially when Bieb’s team of producers and engineers work their studio magic to slice, dice, and Auto-Tune his notes into shape. On some tracks, Bieber sounds excited by the low notes he can reach. In others, he sounds fatigued by the effort spent trying to reach the “Baby” notes he can no longer hit.

The tension between these two extremes is matched by his (handlers’) contradictory impulses to stay real (ballads and sunshine) and still radiate cred (dubstep and EDM). The gulf between the two remains too wide for lil’ shorty to straddle, but a comfortable, albeit less compelling, middle ground is reached in the trash/thrash club bangers like the album-opening “All Around the World,” which is practically carnivalesque in its obfuscatory effects (counting among them a calisthenic Ludacris verse), and the droning, minimal leadoff single “Boyfriend,” both of which would sound all too right blaring from loudspeakers next to the Zipper, the Tilt-O-Whirl, or the Wild Mouse.