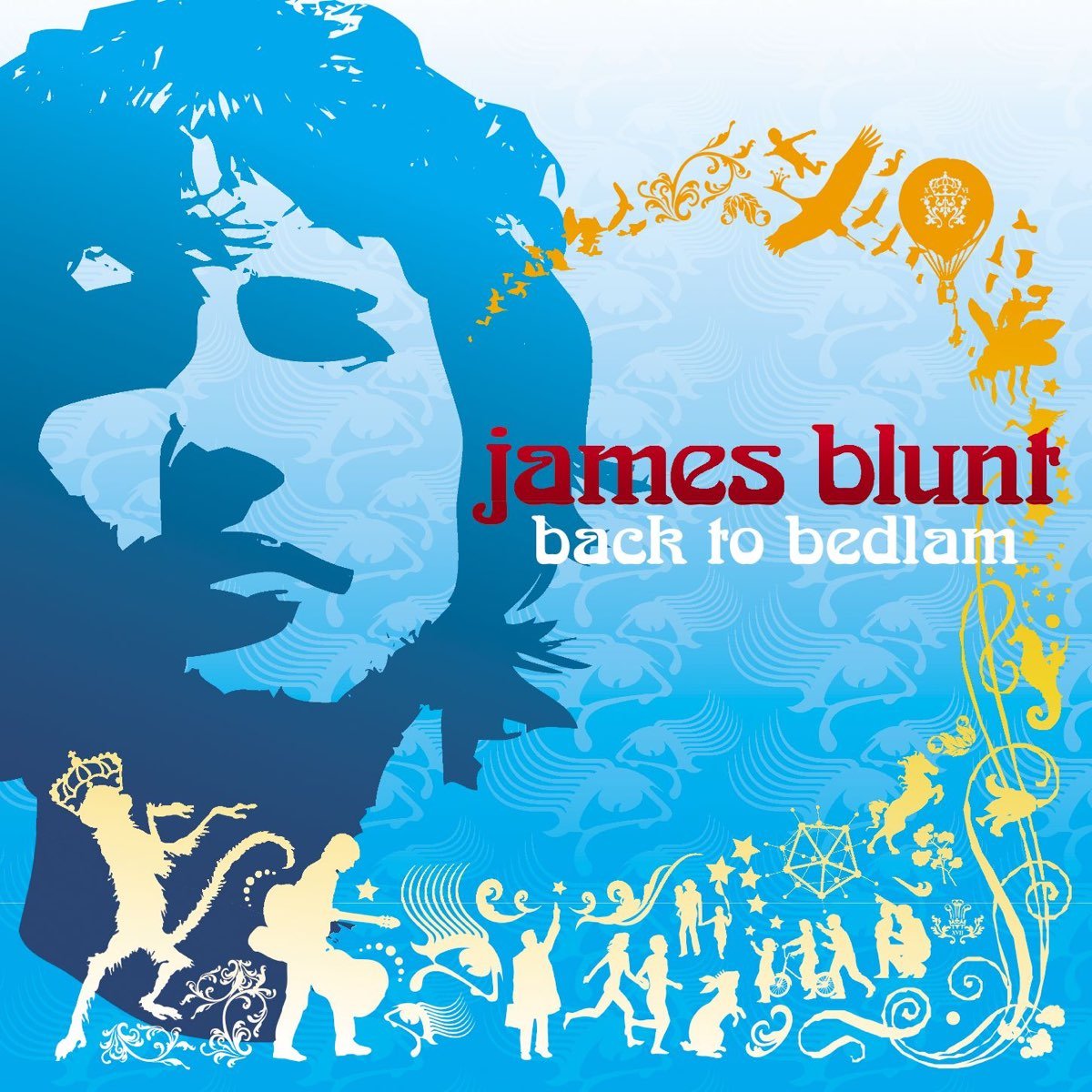 Despite what it says on the back cover (“This album contains lyrics of an adult nature”), the clean version of James Blunt’s Back to Bedlam dulls the edges of the U.K. singer-songwriter’s often pointed lyrics: “She could see from my face that I was fucking high” is understandably changed to “flying high” on the radio edit of “You’re Beautiful” (the video for which makes the song go from sad to devastating), but even “bastards” is changed to “rascals” on the track “Wisemen.” Still, Bedlam is an overall raw listening experience, even if the album’s production is often too glossy and Blunt’s lyrics too wistful for their own good. Songs like the atmospheric piano ballad “Goodbye My Lover” (recorded in the bathroom of an actress’s house in L.A.) rely a bit too much on Hallmark sentiments, but always fall softly on Blunt’s soulful falsetto, which, alternately, recalls Rod Stewart and Starsailor’s James Walsh. It also helps that, at a tidy 40 minutes, the album’s brevity keeps the melancholy in check. With thoughtful arrangements that include classical guitar, Wurlitzer, and various organs, Bedlam is a musician’s record, to be sure. “Cry” transposes the guitar from “You’re Beautiful,” while “So Long, Jimmy” pays homage to classic rock icons Jimi Hendrix and Jim Morrison (in the end, though, the song literally becomes an ode to Ray Manzarek’s electric organ solos on The Doors’ “Riders On The Storm”). A former Royal Army Captain, Blunt’s writing often juxtaposes love with death; the album ends on a somber note, the Linda Perry-produced “No Bravery,” a song written in Kosovo, where Blunt was a NATO peacekeeper. More reason for American girls to go gaga over this able British bloke.