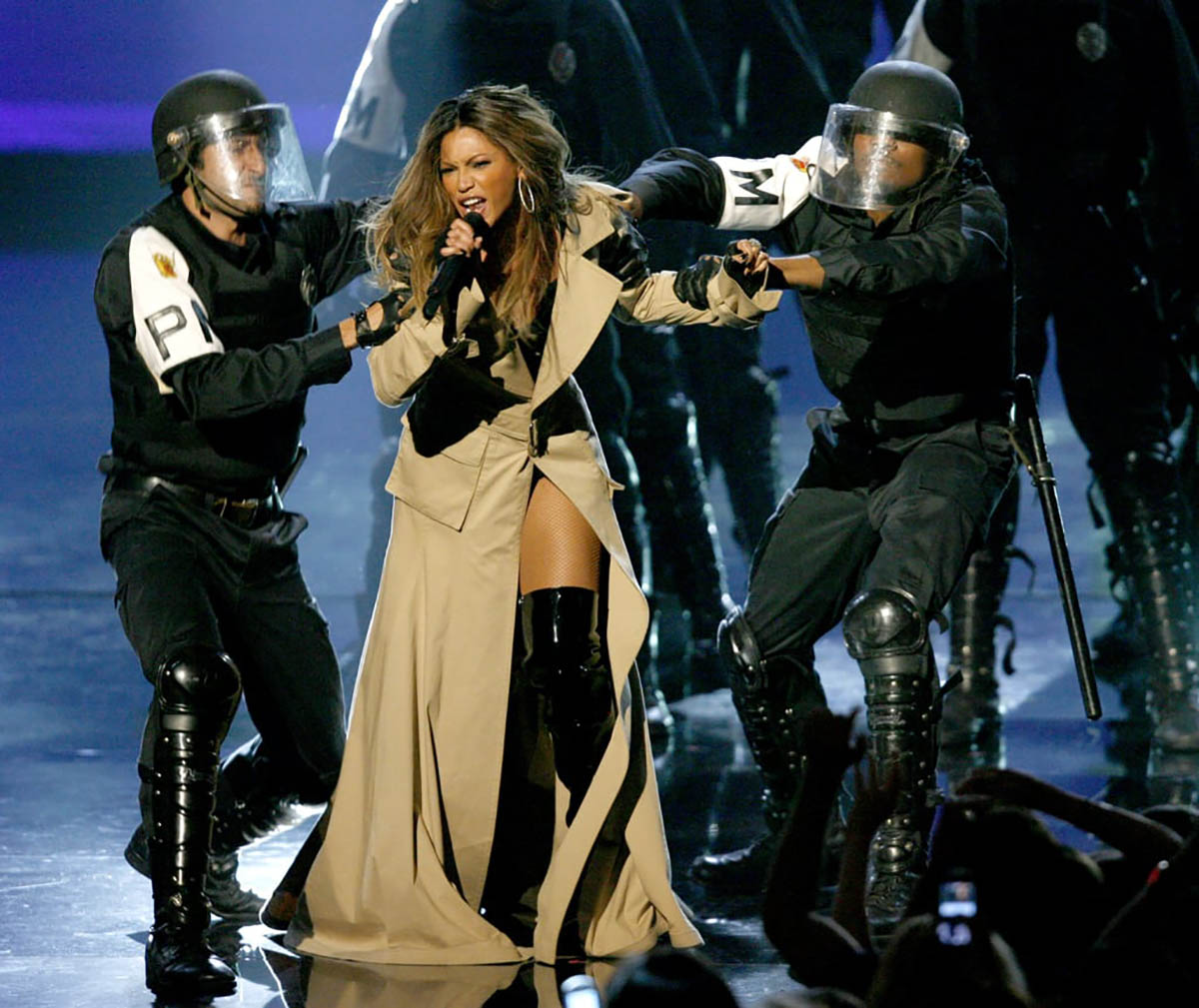 In the words of the Raconteurs’s Jack White, Internet killed the video star. With viewers at least partially controlling the results at this year’s Teen Choice Awards MTV Video Music Awards, the winners were nearly impossible to predict (we got a whopping two correct! Woo-hoo!) and almost as unbearable to watch. More times than not, the worst video in each category prevailed: Kelly Clarkson’s “Because Of You” for Best Female Video? I guess we should have seen that one coming, seeing as how she comes with a built-in fanbase that’s predisposed to mass-voting. Avenged Sevenfold for Best New Artist? As Eric told me halfway through the show: I think we’re getting too old for this. There wasn’t even any justice in the crappiest category of the night (Best Rap Video). Here are some other thoughts I had while watching the show:

1. Lil’ Kim isn’t bringing sexy back, but she might be bringing herpes back.

2. Pharrell: you’re on TV, dude. Sing. Or stay in the studio. On second thought, don’t. We’ve all heard your solo “effort.”

3. All of the front-row celebs looked like they were watching the Twin Towers collapse. Hey, people! you’re on camera. Pretend you’re having a good time.

4. OK Go’s dance moves are more complicated that anything in either Charo Shakira or the Pussycat Dolls’ svideos (which won for choreography and dance, respectively).

5. One of the most worthy wins of the night was Pink’s “Stupid Girls” for Best Pop Video. I had a hunch she would snag the award (and it was our pick for “should win”), and her acceptance speech—in front of Nicole Richie, no less—was priceless. MTV, can we please have more Pink and less Fergie…and Christina…and Shakira…and the Pussycat Dolls? On his blog, my friend Rich asked, “Why does Pink think she’s better than everyone else?” Because she is.

6. Beyoncé, who apparently now only arrives at the VMAs from the rafters, gave the best performance of the night, hands down. Yes, we love “Ring The Alarm” and she tore it up, even if she was lip-synching—which I don’t think she was, at least not during the verses. But what does it matter? Add Beyoncé to the growing list of female artists doing Janet better than Janet these days.

7. All I wanna know is, who the fuck does Jordan Catalano think he is? And where’s Tino?

8. Award for the longest and most unnecessarily written thank-you list goes to Mike Shinoda, whose side-project Fort Minor won for…Ringtone of the Year. Relax, Mike. It’s not even a real award. But I’m glad you enjoyed it.

9. Hey, Kanye, Hype Williams is not Picasso. He’s not even Andy Warhol.