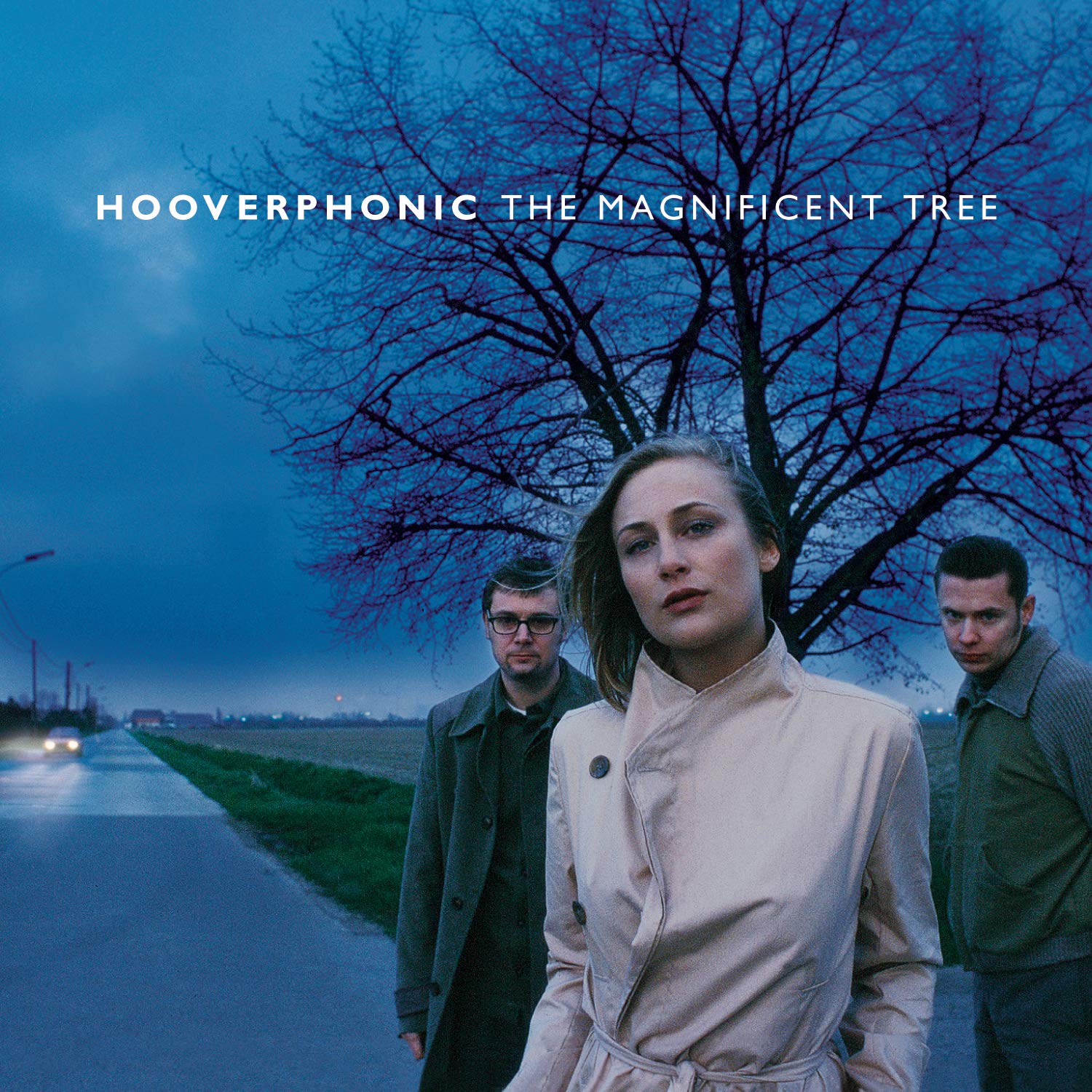 With their third album, The Magnificent Tree, Hooverphonic steers away from the ethereal, lush sounds of their previous work, opting instead for a more mainstream pop/rock style. The spoken-word “Autoharp” is scattered with odd metaphors, the autoharp being likened to a life-affirming lover: “I carried you all over the world/In my hard case called the heart/You’re the reason for my blood to keep running/Through my veins every album again.” “Jackie Cane,” co-written Hooverphonic’s chief songwriter, Alex Callier, and former pop-star Cathy Dennis, features catchy electric guitar riffs and “Strawberry Fields”-style mellotron sounds. It tells a sad story of a femme fatale and is strewn with more bad metaphors (“Jackie Cane was everybody’s sugar…They used her up before the sell-by date”), yet somehow it manages to work. By the song’s climax, lead singer Geike Arnaert sings, “She was the queen of the 25th hour…Salty days for Jackie Cane!” The fact that it borders on camp is its saving grace. Similarly, the grand and powerful “Vinegar & Salt” seethes in drama, its soaring strings and keyboards only heightening the absurdity of singing with the climactic tone of the most glorious of love epics: “I am the vinegar and salt/And you are the oil that dissolves my frustrations.” But the album’s more mainstream fare (“Waves,” “Out of Sight,” and the first single “Mad About You”) are extremely catchy but ultimately forgettable. All three songs feature beautiful arrangements that are wasted on Arnaert’s poppy, artificial vocals and Callier’s oversimplified style of songwriting. The title of the ’80s-inspired “Every Time We Live Together We Die a Bit More” is more profound than any of its lyrics while “Frosted Flake Wood” is somewhat of a failed psychedelic fairy tale inspired by David Bowie’s “Laughing Gnome” period.