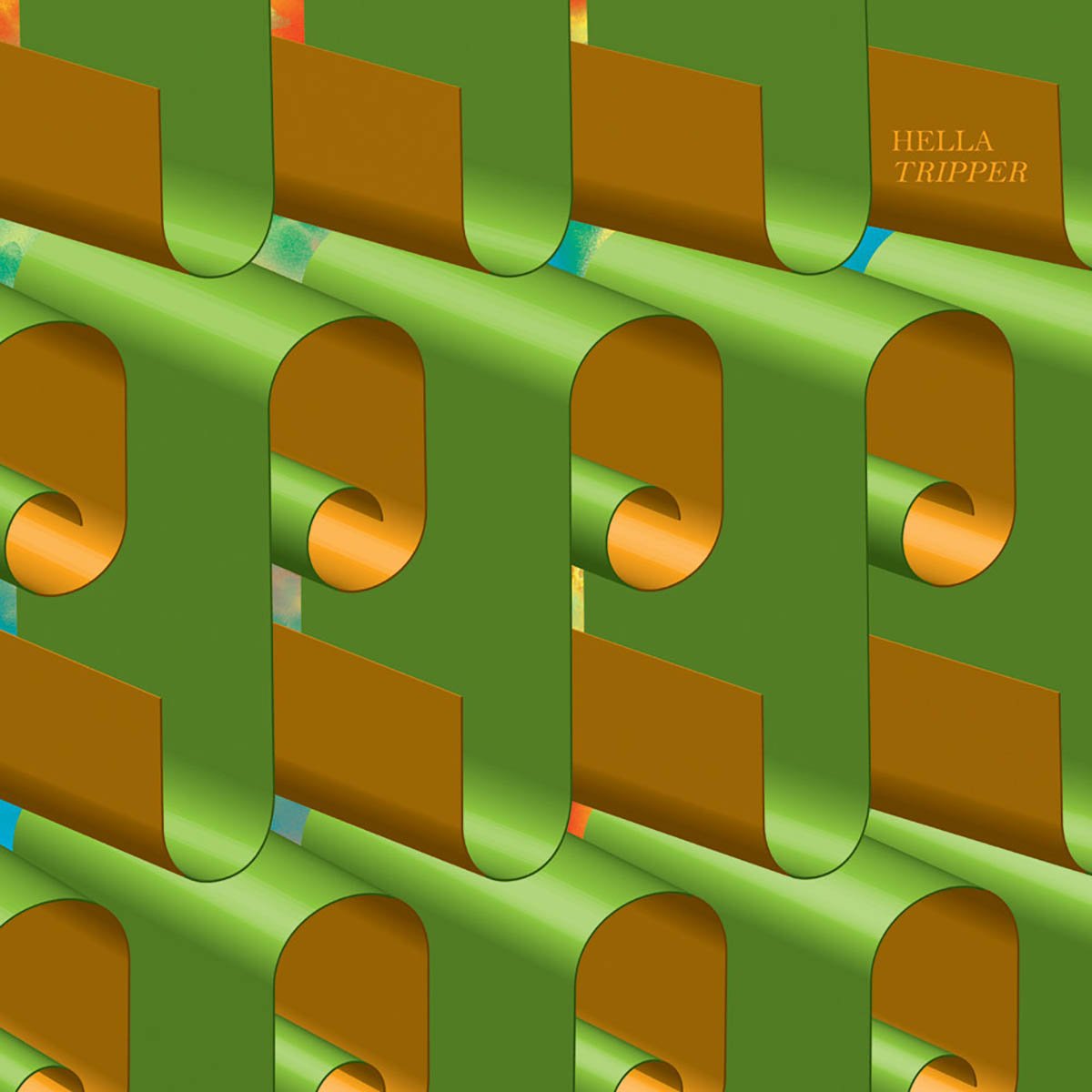 The big fuss over Hella’s last album, 2007’s There’s No 666 in Outer Space, was the band’s expansion from a duo to a five-member group. The biggest talking point for Tripper, though accompanied by significantly less commotion than its predecessor, is the band’s return to their original two-person structure. Yet the idea of the amount or classification of members in a band mattering at all ends up revealing how out of step a group like Hella is with today’s musical climate, where the divide between bands and solo artists and any other type of performer has significantly eroded, if not disappeared completely.

In short, there may have been a time when a two-man outfit cranking full-bodied, band-worthy rock music seemed like something novel, but it’s nothing noteworthy in a world full of mysterious laptop alchemists and lone geniuses with myriad instruments and loop pedals. In the early years of the aughts, groups like Hella, Lightning Bolt, and Death from Above 1979 made this dynamic seem like something noteworthy, positioning it as a furtherance of that era’s obsession with stripping rock down to its basic elements. But like Lightning Bolt, fellow egg-headed purveyors of a sturm-und-drang drum-and-guitar attack, Hella was never a rock band, instead pursuing noisy riffage as a kind of latter-day extension of free jazz, all scrambled drumbeats and jagged distortion.

In that sense, Hella and their math-rock brethren have always been a little recherché, sneakily casting up clouds of maximal expressionism while making it seem refreshingly simplistic. That iconoclasm continues with the fiddly racket of Tripper, but at this point the stubborn reliance on repetitive experimentation and physical instruments feels more than a little stale at a time when the sonic possibilities open to noise music have proven endless.

Consequently, the songs that work best here are the ones that explore different sonic permutations of the band’s usual intricate sound. “Kid Life Crisis” hops around on a distorted bed of multi-tracked drums, infiltrated by skittering drum-machine lines and thick reams of guitar. “Furthest” takes a brief break from a drum-pounded country-rock riff for a sludgy descent into a whirlpool of noise. Moments like this are respites on an album that’s otherwise much too dense, too intricate, and too unremittingly fast to really enjoy.

Even at their most inaccessibly complicated, Hella is good at stirring up rousing maelstroms of sound. “Self Checkout” is a good example, matching a Dick Dale-style guitar riff with pounding sheets of cymbal crashes and snare rolls. But there’s a certain threshold for this kind of demanding material before it gets tiring. It’s one that Tripper, staunchly dominated by an old-school style of wanky craftsmanship, crosses pretty quickly.