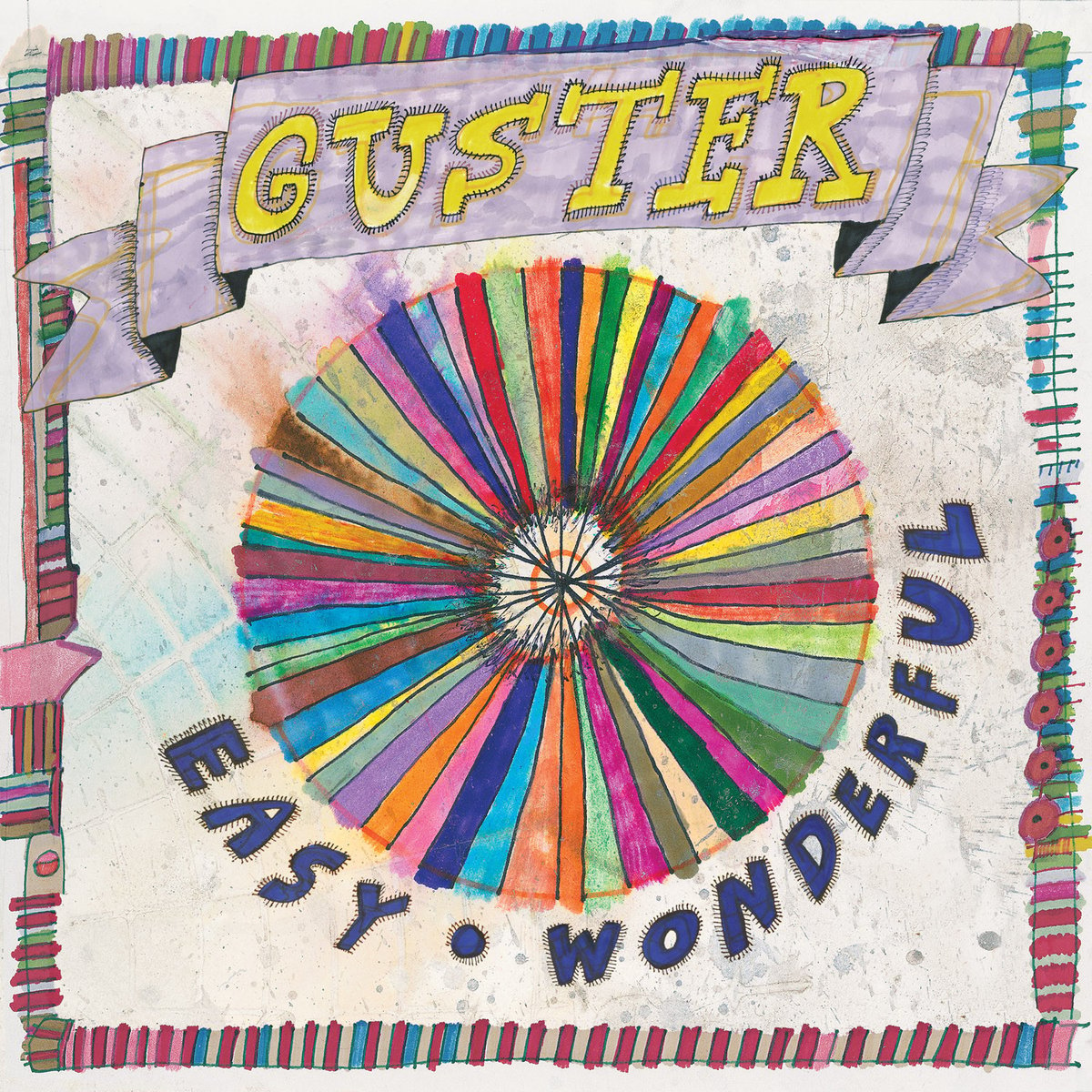 Guster doesn’t offer any surprises or major aesthetic departures on Easy Wonderful, their sixth studio album. The trio figured out early on in their career that hook-heavy power-pop is their forte, and they’ve built a respectable reputation and devoted following by staying fairly close to what it is that they do best. Guster’s albums, then, sink or swim based on the strengths of their songs and hooks, and Easy Wonderful is one of their most ingratiating sets.

As ever, the guitars are punchy and the vocal harmonies are tight throughout Easy Wonderful, and Guster looks to add a bit of texture to their sound with some unexpected instrumentation. The synths on “Do What You Want” are a new addition to the band’s repertoire, but even those aren’t a huge departure, given that it’s with their rhythm tracks that Guster have always been most likely to experiment. The lonesome banjo riff on “Hercules” works to build atmosphere, while the instrumental breakdown on “This Is How It Feels to Have a Broken Heart” sounds dead-on like the Boy Least Likely To, and it gives the song an effective ironic remove.

On their previous albums, this “found sounds” approach to arrangements has come across as an end unto itself, but it seems more purposeful on Easy Wonderful. Songs like “What You Call Love” and the terrifically peppy lead single “Do You Love Me” have a full-bodied sound that’s heftier than Guster’s typical fare. They’re still unmistakably a pop band, but there’s a muscularity to the production and performances here that really emphasizes the “power” part of power-pop.

On first listen, the playfulness of the songs’ arrangements often masks their cerebral bent. But beneath all the sunshine and handclaps, Guster tackles some genuinely heady topics: “Jesus and Mary” conflates religious iconography with literary references to make a sharp indictment of reactionary, alarmist social policy; the band invokes Jesus to even greater effect on “Stay with Me Jesus,” questioning why many believers cling to the idea that grace and protection can be applied selectively; even “Do You Love Me” talks about love in terms of revelation and prophecy. These ideas are anything but easy, but on Easy Wonderful, Guster wraps its thoughtful approach to pop with the kind of outsized hooks that the band does better than just about anyone.

Review: Guster’s Look Alive Is the Sound of a Band Rejuvenated

Review: Guster, Ganging Up On The Sun