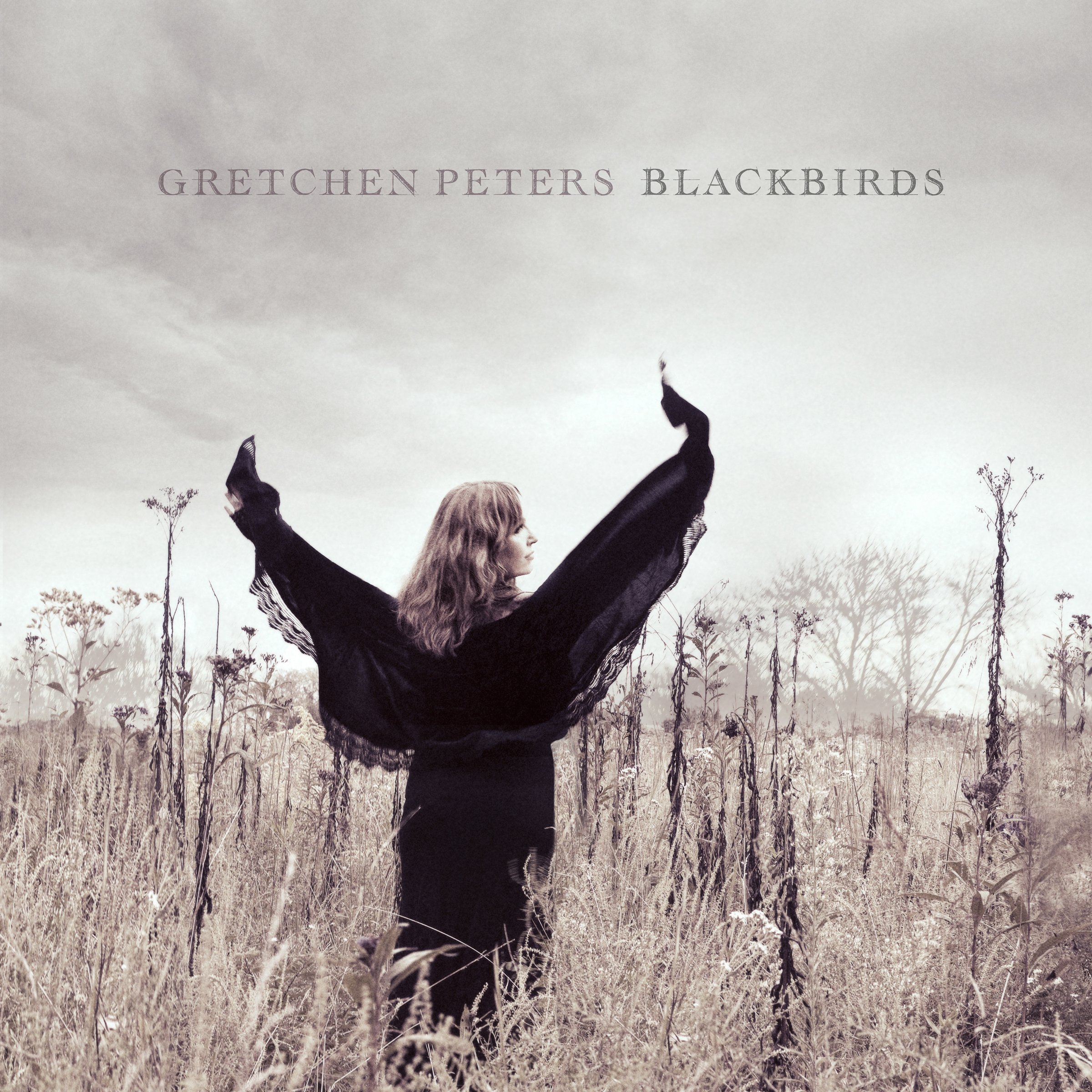 With Blackbirds, Nashville mainstay Gretchen Peters betrays the notion that albums devoted to the subject of mortality are exclusively the province of aged male singer-songwriters, committing herself to exploring a more feminine perspective on the subject of death and its effect on others, and allowing the natural sweetness in her vocal to leaven the weight of the material. It’s a voice that may not be familiar to most; Peters is far more recognized for songs she’s written for others than those recorded for her own steady stream of albums. This isn’t due to any lack of vocal ability, but rather because her tastes and interests diverge from those of a broad audience: Her catalogue never courts radio play as directly as, say, the version of her “Independence Day” that won Martina McBride the 1995 CMA Award for Song of the Year. Peters prefers directing her country influences toward the edge of folk and Americana, an alternative-affiliated gray area that leaves many angling to anoint her as the genre borderland’s new Lucinda Williams, especially since she’s begun to embrace rock textures incrementally on her last few albums.

There were murmurings that Blackbirds might be Peters’s country-rock move. But she hasn’t evidenced any notable changes in her process since developing a taste for first-person narratives around 2007’s Burnt Toast & Offerings, and true to form, aside from a few midtempo stompers (“When All You’ve Got Is a Hammer,” an atypical co-write with tour-mate Ben Glover, and the centerpiece track “Black Ribbons”), the general pace and tone of Blackbirds is a subdued one. Not that the continued mellow nature of Peters’s music is an issue: It just puts more focus on the storytelling of one of the most delicate and nuanced writers in Nashville. And since the stories on this album are afforded a stronger thematic framework than anything she’s had in place since the memory-mining of Burnt Toast, this generally pushes her writing to even greater heights.

The songs here are a collective meditation on the passing years and the perspectival changes that greet them. The title track is rife with “shadows in the shadows,” an ominous and ambiguous scene heavy on detail (“Whiskey in your voice/And a shotgun on the wall”), but light on resolution, leaving that for the (somewhat unnecessary) reprise at album’s end. The rest of Blackbirds finds Peters addressing the presence of death and the pain of purgatory. She tackles the family-destroying effects of a veteran’s PTSD on “When All You’ve Got Is a Hammer” with more nuance than a certain recent blockbuster; she moodily eulogizes the secret darkness of her suburban childhood home on “The House on Auburn Street”; and realizes one of her most moving character pieces to date on “Black Ribbons,” about a fisherman who lays his wife to rest in the aftermath of the BP oil spill.

Melodically, Peters aims for staying power through familiar means. The shanty-esque “Black Ribbons” appropriately tips its hat to traditional folk (in particular, its loping chords reminiscent of that ‘60s-revival chestnut “500 Miles”) and “When You Comin’ Home,” sung with Woody Guthrie acolyte Jimmy LaFave, sounds archival in the same sense as the best songs from Joel and Ethan Coens’ Greenwich Village odyssey Inside Llewyn Davis. Of course, reverence can be a tricky thing, and if Blackbirds doesn’t always feel comfortable in the company of the great American songbook, it’s because Peters isn’t as gifted a songsmith as she is a wordsmith. Deft facility with narrative, with vivid evocation of place, doesn’t always translate to the musically revelatory. In particular, the psych-folk dirge “Pretty Things” aims for Byrds-y, hangdog gravity, but it’s too mannered and affected, the backing vocals on the chorus leaving it closer to Vashti Bunyun trying to impersonate Emmylou Harris. Peters also isn’t above the occasional dud chorus like “The cure for the pain is the pain”—though that song boasts one of her most unhinged, if quietly so, vocal performances, and the devastating story of a woman in hospice accepting her end.

This all leaves Blackbirds just a hair less successful than Peters’s last album, 2012’s Hello Cruel World, a self-described “manifesto” that cultivated a level of consistency not quite matched here. But the strength of the new album is less that of its constituent parts than the sum of their focus, and that’s by design. Peters cites a year’s worth of funeral and wedding attendances as the catalyst for the album, observing, “The weddings [were] infrequent and thus somehow more moving.” Likewise, it’s the moments of grace and acceptance embedded within these stories of strife that accumulate and become heightened within this context. The effect complicates what is an established, male-centric formula for what critic Robert Christgau calls the “nearness of death” album, and simultaneously rebukes the limiting definition of female-centric songwriting, which tends to suppose that a woman’s perspective should be youthful or sexy. There are several instances throughout Peters’s career of a similar ambition (lest we forget, the chart-topping “Independence Day” disparaged its own surface triumphalism by smuggling a story of domestic abuse beneath its blaring patriotism), but Blackbirds is important nonetheless for being the first of her albums to dedicate itself explicitly to the mission of trenchant feminism.