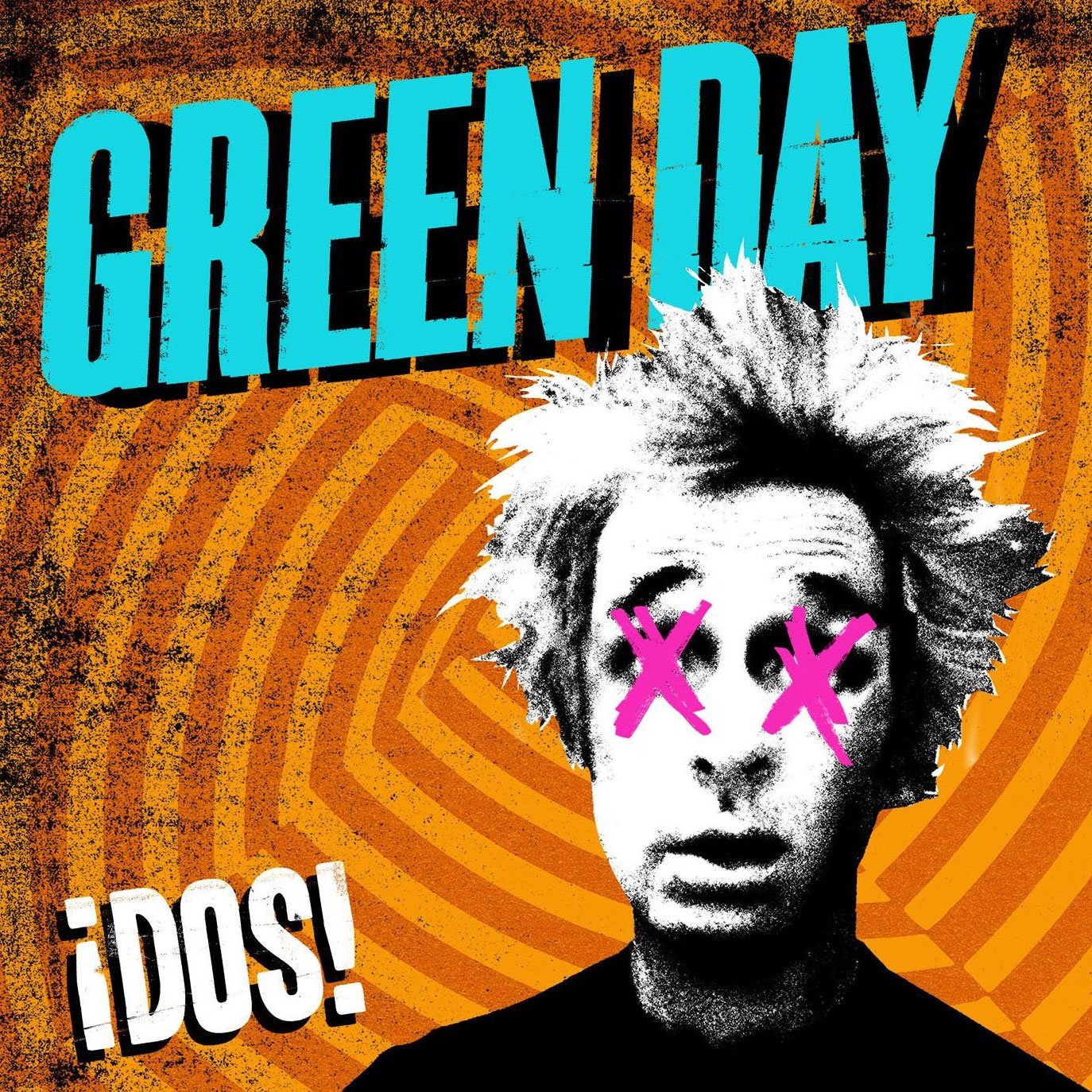 The second entry in Green Day’s new trilogy has been billed as the band’s homage to garage rock. Stylistically, that makes for enough of a variation from the preceding Uno, a throwback to the band’s pop-punk output from the early ‘90s, to give the album a distinct vibe of its own. Dos’s best tracks embrace a hedonistic spirit, and that sleaziness is reflected in arrangements that are as ragged and dirty as anything Green Day has recorded since going all high-concept.

The political allusions that still seeped into the songwriting on Uno are absent here, as the band’s intentions are laid bare by song titles like “Wow! That’s Loud,” “Makeout Party,” and “Fuck Time.” And aside from a poorly conceived and even more poorly executed collaboration with rapper Lady Cobra on “Nightlife,” the band and co-producer Rob Cavallo stick to a lo-fi, three-chord aesthetic that emphasizes the force and verve in their performances rather than the slick professionalism that’s characterized their recent work. Green Day first made a name for themselves by keeping their minds squarely in the gutter, and, following a decade of “important” music, it’s refreshing to hear them get back to being deliberately crass and juvenile. If there’s an undeniable element of a band of fortysomethings trying to recapture their youth, it’s to their credit that songs like “Lazy Bones” and “Stop When the Lights Flash Red” teem with ferocious energy while recounting their tales of debauchery.

The album’s clear standout cuts, though, are those that show at least a modicum of awareness of the pitfalls of such hard living. “Wild One” and “Ashley” both refer to the allures of substance use and casual NSA hook-ups as sources of escapism, while “Amy,” the low-key ballad that closes the set, is a heartfelt tribute to the late Amy Winehouse. That the album’s release comes on the heels of frontman Billie Joe Armstrong’s highly publicized return to rehab gives further weight to the cautionary aspects of these narratives, though the overall tone of Dos is still unapologetically brash and reckless.

While the album is agreeably jejune in a way that recalls the band’s Dookie era, only a handful of its tracks are truly essential additions to the Green Day catalogue. And though they’re consistent with the album’s themes, both “Nightlife” and “Fuck Time,” which was originally performed by the band’s Foxboro Hot Tubs side project, are outright terrible and should never have been released by a band of Green Day’s status. Much like its immediate predecessor, Dos suggests that the album triptych probably should’ve been edited into one strong album rather than spread out over multiple releases just for the sake of making a pun on drummer Tré Cool’s name.