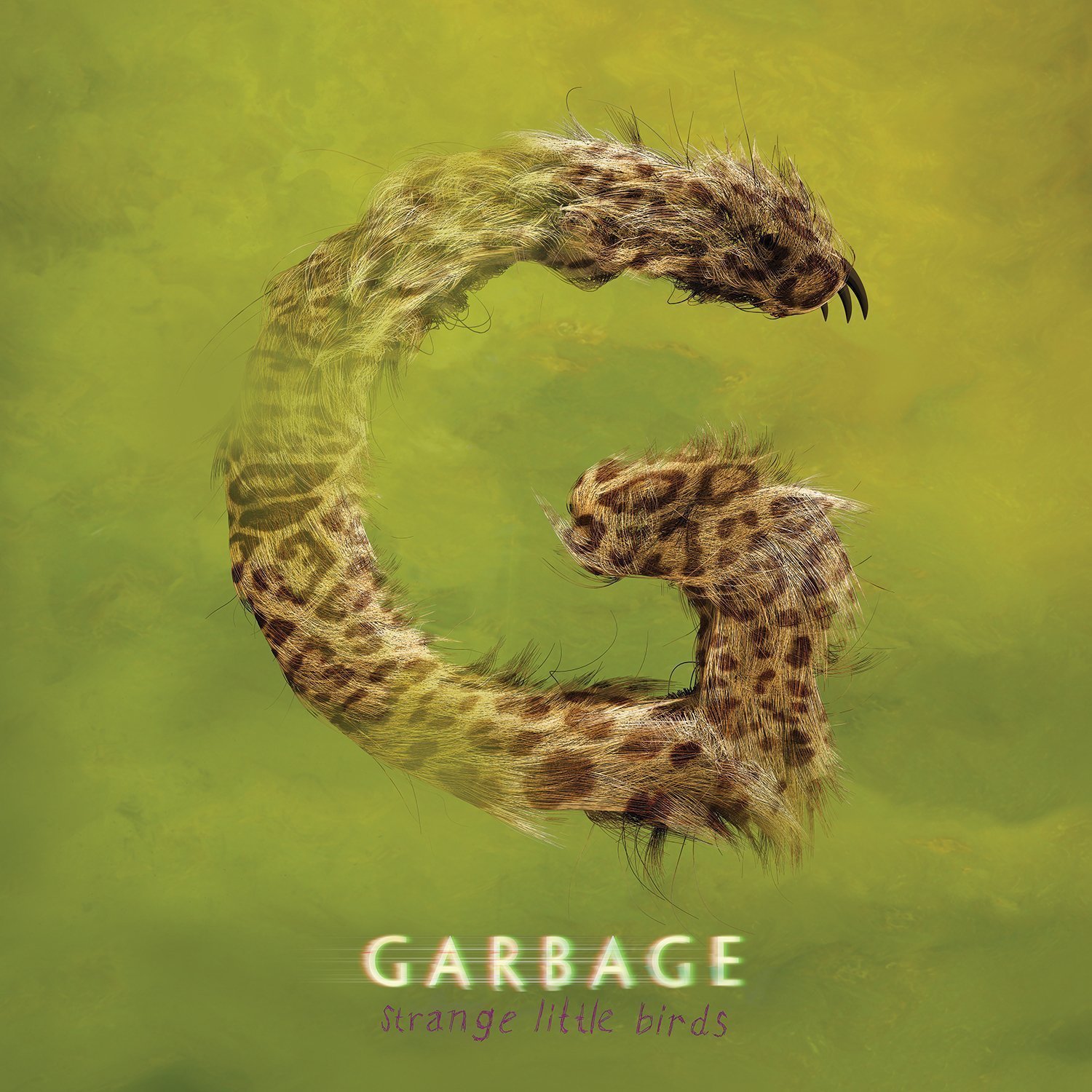 Shirley Manson wastes no time setting the tone for Garbage’s sixth album, Strange Little Birds: “Sometimes I’d rather take a beating…I learn more when I am bleeding,” she sings—no, deadpans—on the industrial-rock opener “Sometimes.” The singer has lamented the absence of darkness and vulnerability in pop music of late, which may explain why the album lacks both a sense of humor and a sense of fun—two things that made Garbage’s early work stand out in the post-grunge modern-rock landscape of the mid 1990s. Manson has likened Strange Little Birds to the group’s self-titled debut, but it quickly becomes clear that the comparison is one of spirit, not sound.

Indeed, what the album lacks in cheeky wit, it makes up for in grit. This is a band very much alive, and hungry, not just a bunch of middle-aged rockers taking a victory lap. That fact is borne out lyrically on “Teaching Little Fingers to Play,” which confronts the withering effects of aging, attempting to exhume a sense of wonderment and curiosity (“I’m all grown up/There’s no one around to fix me now,” Manson sings in a nod to Garbage’s “Fix Me Now”). And it manifests musically on the scathing “Blackout,” the adolescent-grade angst of which is juxtaposed with a skewering of today’s manufactured pop icons: “Try not to think…Dumb yourself down…Fake it till you make it.”

Rock n’ roll is, of course, the foundation here: The politically charged “So We Can Stay Alive” is a take-no-prisoners rocker in the vein of Garbage’s last two albums, climaxing with a bass and guitar duet so ferocious it threatens to resurrect the genre straight from its grave. But Strange Little Birds is defined—and elevated—by its quieter moments (the trip-pop “If I Lost You” is a gentler, less threatening “#1 Crush”) and cinematic production choices (the deconstructed spaghetti-western guitar of “Teaching Little Fingers to Play,” the spacey sci-fi synths of “Night Drive Loneliness”). And though the raucous hook of “Magnetized” is quintessential Garbage, the track’s overt references to 10CC’s “I’m Not In Love” makes one wonder what it would sound like if the band took a more headlong dive into synth-based soft rock.

Lead single “Empty” is Garbage-by-numbers: self-deprecating lyrics, heaps of vocal overdubs, and moments of quietude punctuated by blasts of crunchy, metallic guitars and crisp, propulsive drums. And the rollicking, tricked-out drum-n’-bass rhythm section of “We Never Tell” suggests Duke Erikson and Butch Vig are locked and loaded for a 20 Years of 2.0 tour. Aside from those gratifying but superfluous detours into the well-trodden, though, Strange Little Birds emerges as the band’s most compelling, adventurous album in 15 years.