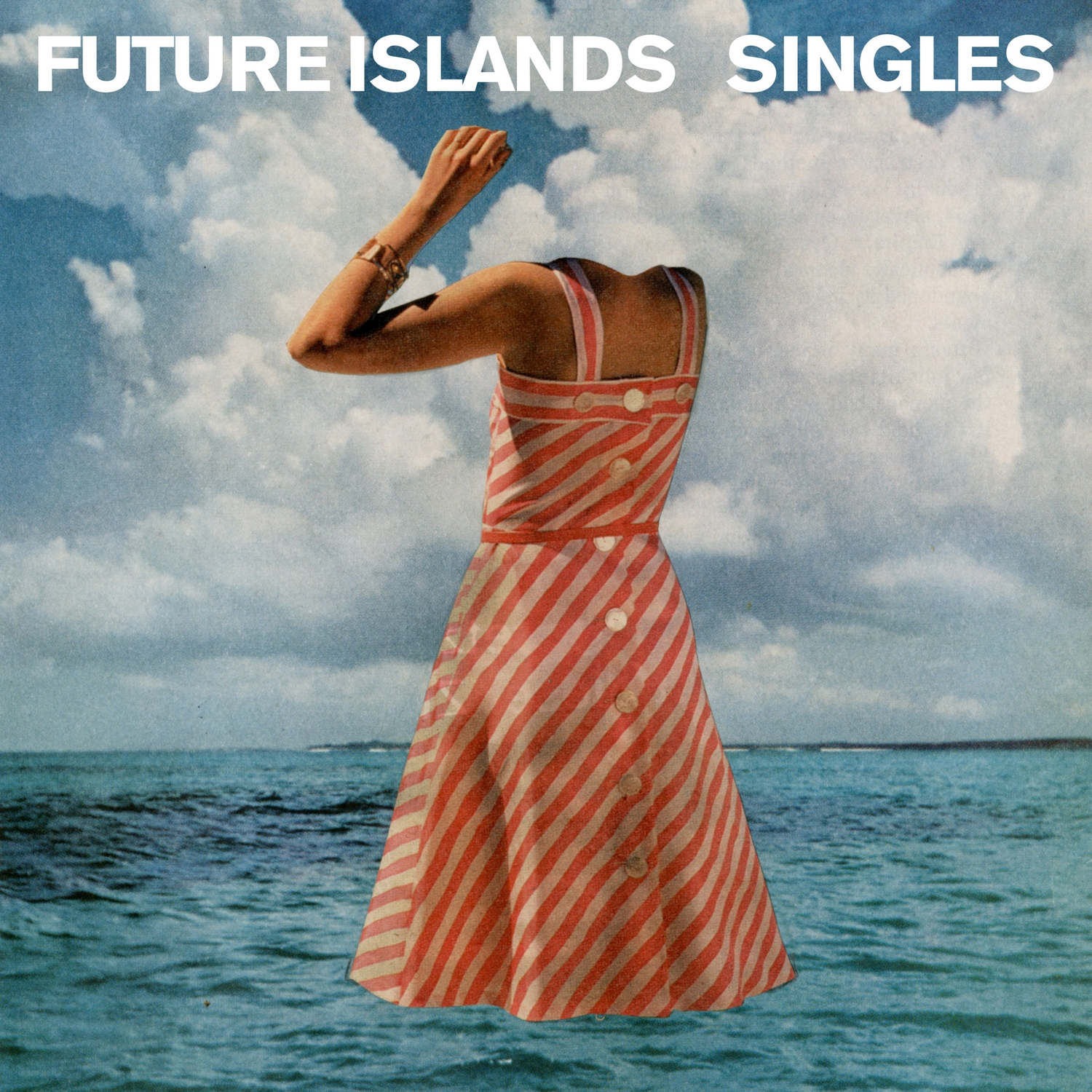 With Singles, Future Islands’s sound is at its most crisp and polished, though to call this a pop-centric project would be a simplification. Indeed, there’s something almost operatic about the North Carolina group’s fourth release, complete with all the perils that descriptor often implies. For instance, the way dramatic-to-a-fault vocalist Samuel T. Herring goes hot and cold on the turn of a dime, from growling whisper to ecstatic screech, is almost comical, owing its stark theatricality to Meat Loaf or a much more unpredictable version of Simply Red’s Mick Hucknall. That Singles is rippling with emotive power is clear after listening to just one track, but the album only soars when that power is smartly employed to avoid cheesed-up melodrama, something Hucknall and company are still learning to manage. For most of Singles, though, they brandish a talent they seem to barely understand and can hardly control, and that teetering-on-the-edge quality is often why their music is so alluring.

“Seasons (Waiting on You)” wastes no time unleashing the band’s newfound sense of pop mechanics. “Seasons change,” Herring croons over an ascendant chord progression, “and I’ve tried hard just to soften you.” The throaty anguish running through Herring’s voice is positively Springsteenian, and unlike the flat, generic synth-pop they provided beneath his voice on previous releases, the rest of the group finally seems capable of matching his coarse passion. Clearly, somewhere between their third album, On the Water, and Singles, Future Islands became a much more confident band, taking on an almost workmanlike tenacity behind Herring’s gravel-throated and lovelorn drifter. But there’s also urgency behind the confidence, especially in Herring’s rasping, tic-filled performances, which play as great contrasts off the bubbling synths that fill tracks like “Doves” and “A Dream of You and Me.”

As the band sets its sights on the rafters with stadium-scaling songwriting, however, they miss some rather obvious problems staring them in the face. Herring’s lyrics are often bogged down in troubled romances, and on tracks like “Back in the Tall Grass” and “Spirit,” the band is equally obsessed with its circular riffs, so focused on flawless syncopation that they don’t seem to realize the songs aren’t actually going anywhere. Meanwhile, “Fall from Grace” has an entirely different problem, skirting the line between inane experimentation and outright embarrassment as Herring employs his best thrash-metal scream at the exact moment the track’s chorus is aiming for something much more ethereal.

Still, for all its faults, Singles represents a band stepping into their prime: Future Islands have never owned their sound so fully, even if they continually threaten to come off the rails or devolve into pure treacle at any moment. Though rock has always been the ideal genre for artists to explore entropy, Herring and his bandmates have somehow found a way to inject what is arguably the safest kind of music, adult pop, with their own weird brand of controlled chaos.

Review: Johnny Cash, Out Among the Stars