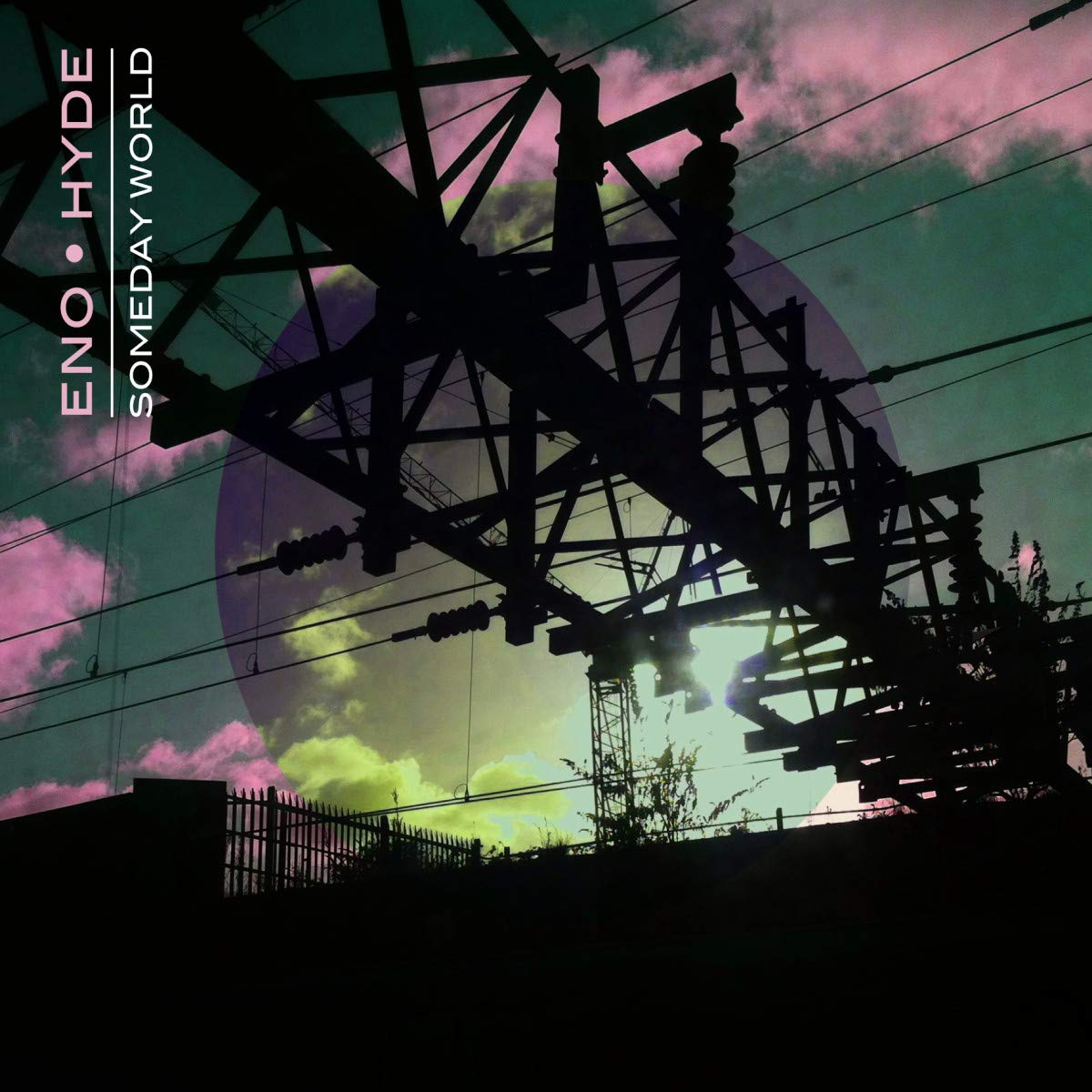 The pairing of Brian Eno and Underworld’s Karl Hyde represents the kind of generational jam-session super-pairing one might expect of a Hall of Fame ceremony, if electronica had such a thing. Whether it’s been worth the wait is an impression that differs somewhat from song to song. Someday World never devolves into Tin Machine-style disaster, but it rarely manages to realize its collaborative potential either.

As the opening track, “The Satellites,” establishes, those expecting cross-pollinating astonishments are in for a disappointment. Beginning with a guitar line so close to Radiohead’s “Street Spirit” it makes one wonder whether Jonny Greenwood should fetch his lawyer, the track then turns back the clock to about a decade with a synth horn section that would’ve fit snugly on Underworld’s debut, Underneath the Radar. “Daddy’s Car” pushes the clock forward a few years by taking the same faux horns and adding a more frenetic, “Loops of Fury”-style beat, while “A Man Wakes Up” splits the difference between the two tracks, but it still sounds like a lesser track off of Dubnobasswithmyheadman. It’s soothingly familiar stuff for aging ravers and old prog fans like myself, but it’s unlikely to make new converts weaned on the squelchy EDM hysterics of Skrillex or Avicii.

As the descriptions above might indicate, the common thread of the first third of the album is the absence of any noticeable influence of the top-billed name here. These songs could easily pass for unreleased tracks from Hyde’s 2013 album, Edgeland. It isn’t until the second half of track four, “Witness,” that Eno’s influence is clearly felt. It begins like a calypso EDM version of Paul Simon in his Rhythm of the Saints period before a wall of fuzzy “Here Come the Warm Jets”-style guitar turns the fairly rote track into something blissfully transformative. It’s easily the most successful song on Someday World, representing the most effective fusion of Underworld’s sexy, arena-sized electronica with Eno’s more obtuse, nobly market-averse experimentation.

Both “Strip It Down” and “Mother of a Dog” may be reminiscent of Underworld’s Beaucoup Fish (especially the latter, which appropriates the beat of “Bruce Lee” without variation), but not by serving as mere nostalgia-baiting shout-outs to specific songs. “Who Rings the Bell” is similarly jubilant, with its skittering new-wave guitars and space-ambient electronics sounding like a mashup of David Byrne and Paul Van Dyk. An elegiac ballad built on heavily reverbed guitars, closing track “To Us All” could pass for an Unforgettable Fire B-side were it not for Hyde’s comparatively limited vocal range. It’s a fitting end to an album that’s perfectly suited for modern art galleries and hip coffee shops. If that sounds like a swipe, it’s an affectionate one, as Someday World is the EDM equivalent of top-shelf dad rock.