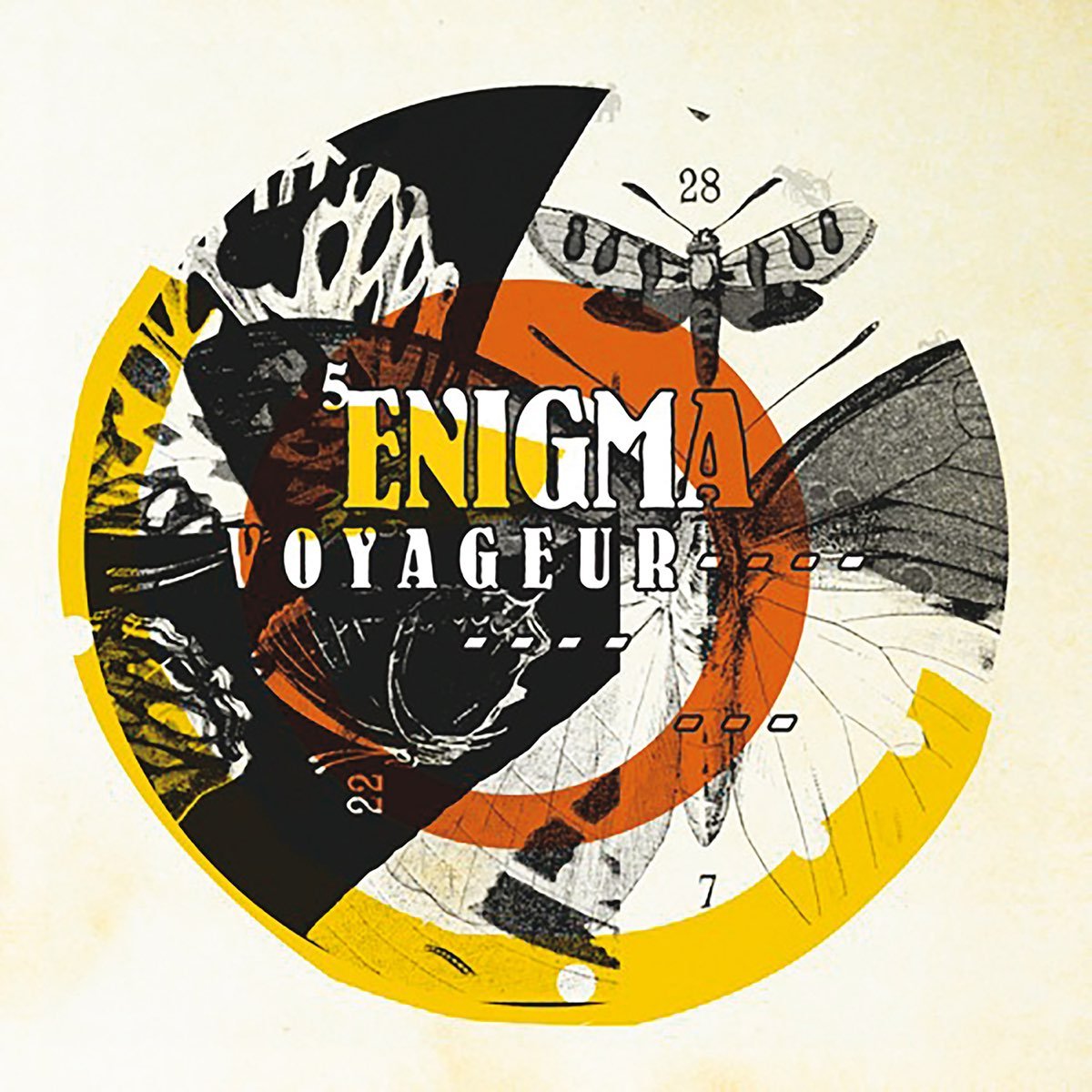 Enigma’s fifth studio album, Voyageur, opens with the familiar drone that begins every Enigma album. This time, though, the intro quietly erupts into a distant, thumping beat that promises something a little different. Based on the opening track’s title alone (“From East to West” is an instrumental tune filled with breathy vocal percussion, drippy bleeps and spacey keyboards), one might assume that the song is a reference to producer/composer Michael Cretu’s signature brand of ethnic fusion. But Voyageur’s palette is virtually nondescript; the album lacks both the mysticism of MCMXC a.D. and the cultural urgency of The Cross of Changes. Gone too are the alt-pop/rock references of Enigma’s last album, The Screen Behind the Mirror. Instead, Cretu offers up “Boum Boum,” a mindless (albeit catchy) dance/pop effort featuring Ruth-Ann of Olive and club singer Andru Donalds, and “The Look of Love,” a rather perfunctory take on the state of capitalism: “So many trends just fade away/Before you wear it, it’s passé…You are so stylish, you are so vain/Sometimes I think you have no brain.” (It’s a mixed blessing that Cretu’s voice and lyrics are indecipherable throughout most of the album.) Enigma’s mastermind is at his best when he pumps up the BPMs, but these tracks pale in comparison to “Sadeness” and “Carly’s Song.” Sadly, Voyageur takes us on a journey to nowhere. It might be perfect for Yoga classes, but not much else.