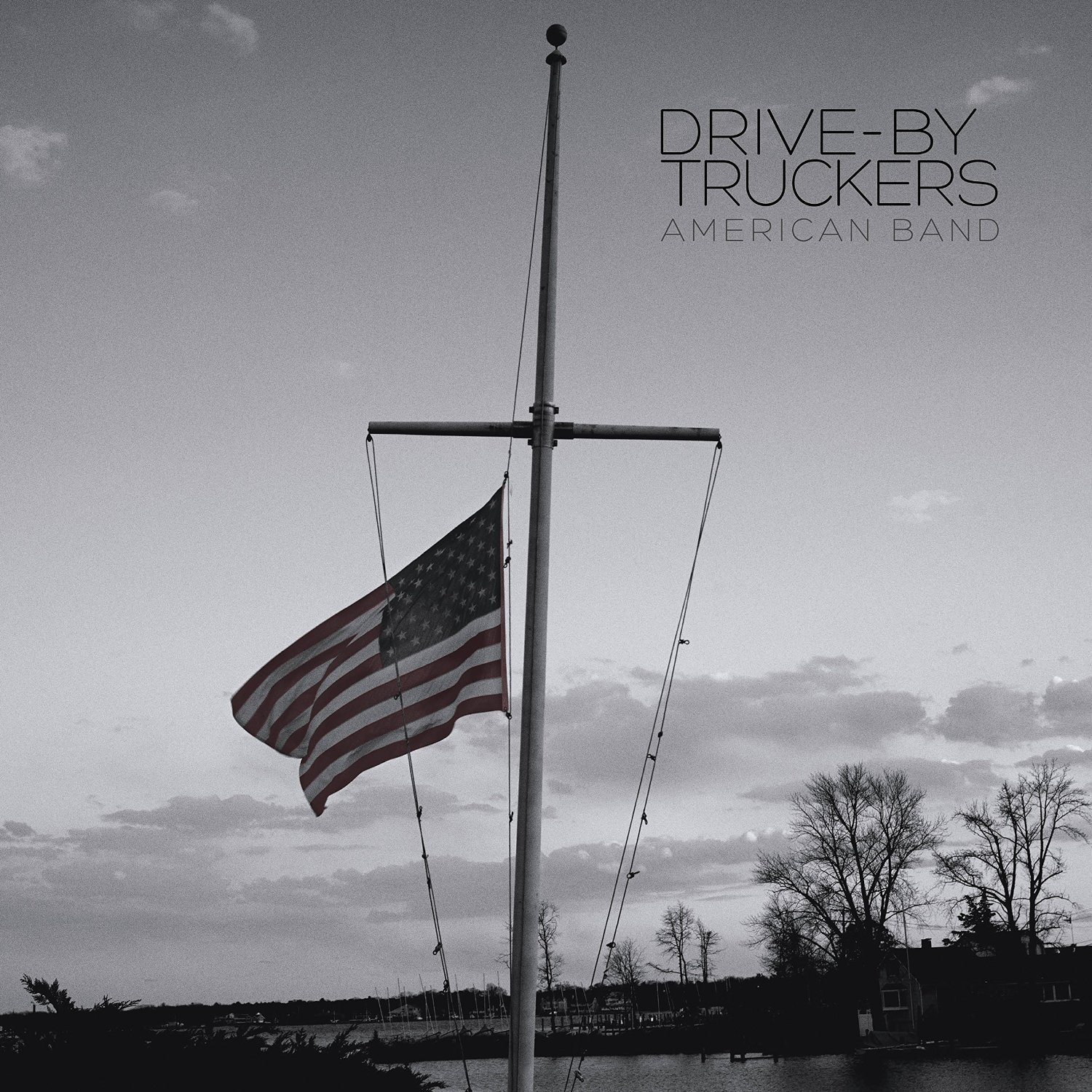 “Don’t look to me for answers/’Cause I don’t know what it means,” Patterson Hood wearily intones near the end of “What It Means,” the most straightforward protest song Drive-By Truckers have ever recorded. He’s singing about Black Lives Matter, police violence, and the latest incarnations of America’s legacy of racial prejudice and oppression that have dominated the news in recent years. Given the complexity of and animus surrounding these issues, such an admission would hardly seem strange coming from virtually anyone else. But considering the fact that Hood and the Truckers’s co-frontman, Mike Cooley, have spent the last 20 years providing some of the most insightful commentary on American society, it feels like a cop-out.

It doesn’t help that the song itself isn’t one of Hood’s most imaginative efforts, lyrically or musically: Basic, square guitar strumming provides the backing to Hood’s unvarnished recollections of a few high-profile incidents, including those involving Mike Brown and Trayvon Martin. It’s a fine song if you’re already on board with BLM, but it lacks that certain universality by way of specificity that’s characterized some of Drive-By Truckers’s best work.

Fortunately, the band spends the rest of their 11th studio album, American Band, utterly defying Hood’s self-diagnosis. They’re no less brazen about their political leanings on the album’s remaining songs than they are on “What It Means,” and these biting, baldly left-of-center indictments of American bigotry, political manipulation, and gun violence may shock those who never bothered to look past the band’s thick Southern accents and sweaty Skynyrdian three-guitar attack long enough to notice that such views have always been at the core of their music. And with the possible exception of “What It Means,” they’ve crafted a set of songs that are unassailable in their strength of purpose, sharpness of phrasing, and musical wallop.

That American Band has such a direct title and is the first Drive-By Truckers album since 1999 to not feature colorful cover art by Wes Freed—which has come to define the band’s aesthetic as much as anything musical—should serve as clues that in many ways it’s a different kind of Drive-By Truckers album. In the past, the band has displayed a penchant for cinematic sprawl that’s opened them up to accusations of bloat and excess, especially as their lengthy albums have arguably gotten less consistent in quality.

By contrast, American Band is concise, laser-focused, and brutally efficient. The band is currently sporting its longest continuously lasting lineup (which has only been intact since 2012, to give an indication of the band’s revolving door nature over the years), and their synergy shows. It’s especially evident in the tightness of the minimalist but locked-in rhythm section of bassist Matt Patton and drummer Brad Morgan; their groove on the soulful “When the Sun Don’t Shine” is at once deep, heavy, and deftly finessed. It’s also obvious from the nuanced contributions of keyboardist/guitarist Jay Gonzalez, who provides key elements that elevate the songs in impressively subtle yet crucial ways, like the pretty, tinkly piano fills that provide compelling contrast during the angry choruses of “Surrender Under Protest,” and the catchy organ licks that provide “What It Means” a much-needed hook.

As a result, the album’s rockers are lean and mean, often benefitting from a monstrous guitar tone that’s the closest the band’s longtime producer David Barbe has ever come to capturing the fuzzy guitar sound Cooley achieves on stage. Meanwhile, the ballads are an ideal combination of refinement and grit, buoyed by Gonzalez’s lilting piano playing, which fattens up the band’s sound as it becomes less reliant overall on full-bore guitar crunch.

American Band is only the second Drive-By Truckers album, following 2014’s English Oceans, to feature fewer than three songwriters, throwing the focus squarely where it’s always been anyway: Hood and Cooley’s songs. This time around, Cooley’s writing mainly concerns the cyclical nature of history and how the battles we’re fighting today over immigration, race, and civil liberties are the same ones we’ve been fighting for centuries.

On “Ramon Casiano,” he delves into the shrouded early history of former NRA leader Harlon Carter and his murder of a Hispanic teenager in 1931, in the process exposing the ugly origins of modern-day militia and border-control culture: “Killing’s been the bullet’s business/Since back in 1931/Someone killed Ramon Casiano/And Ramon still ain’t dead enough.” Driving his point home are cascades of brilliant guitar soloing by Gonzalez, Hood, and finally Cooley himself, who closes out the song with a shrieking yet tender showcase that may rank among the best guitar work he’s ever laid down. Similarly, on “Surrender Under Protest,” Cooley snarlingly eviscerates the Southern Lost Cause fallacy and how it continues to infect American political discourse, mustering a bracing, martial chorus worthy of the Clash.

Hood, on the other hand, takes a more personal approach to the political. His “Guns of Umpqua,” written about the 2015 Umpqua Community College mass shooting, adheres to a formula that Drive-By Truckers have mined many times in the past (broad social commentary through tightly focused character study), but has only occasionally done quite so perfectly. The tragic, grisly fate of Hood’s narrator is heartbreakingly contrasted by both Hood’s naturalistic imagery and the sunny, melodic quality of the music.

Elsewhere, on the groove rocker “Ever South,” Hood returns to “the duality of the Southern Thing,” a theme central to Drive-By Truckers’s 2001 breakthrough, Southern Rock Opera, ruminating on his family history and the fluidity of the Southern identity. On the album’s uneasily triumphant closer “Baggage,” he laments how something so deeply personal as depression—both his own and that of Robin Williams—can today become both public and political: “Some asswipe on the TV said you should be ashamed/For your cowardice in facing down your flaws/I’m not sure what makes me sadder, all that talent up in flames/Or the lack of understanding that it wrought.”

Drive-By Truckers’s albums, even their comparatively lesser efforts, are nothing if not thematically coherent. But the band displays a new level of clear-eyed purpose and here-and-now urgency on American Band. Eloquently plainspoken as ever about the pressing issues we face as a nation, they’ve made an album multiple decades into their career that establishes them as more directly relevant than ever.

Review: Drive-By Truckers’s The Unraveling Is a Bleak Reflection of the Times