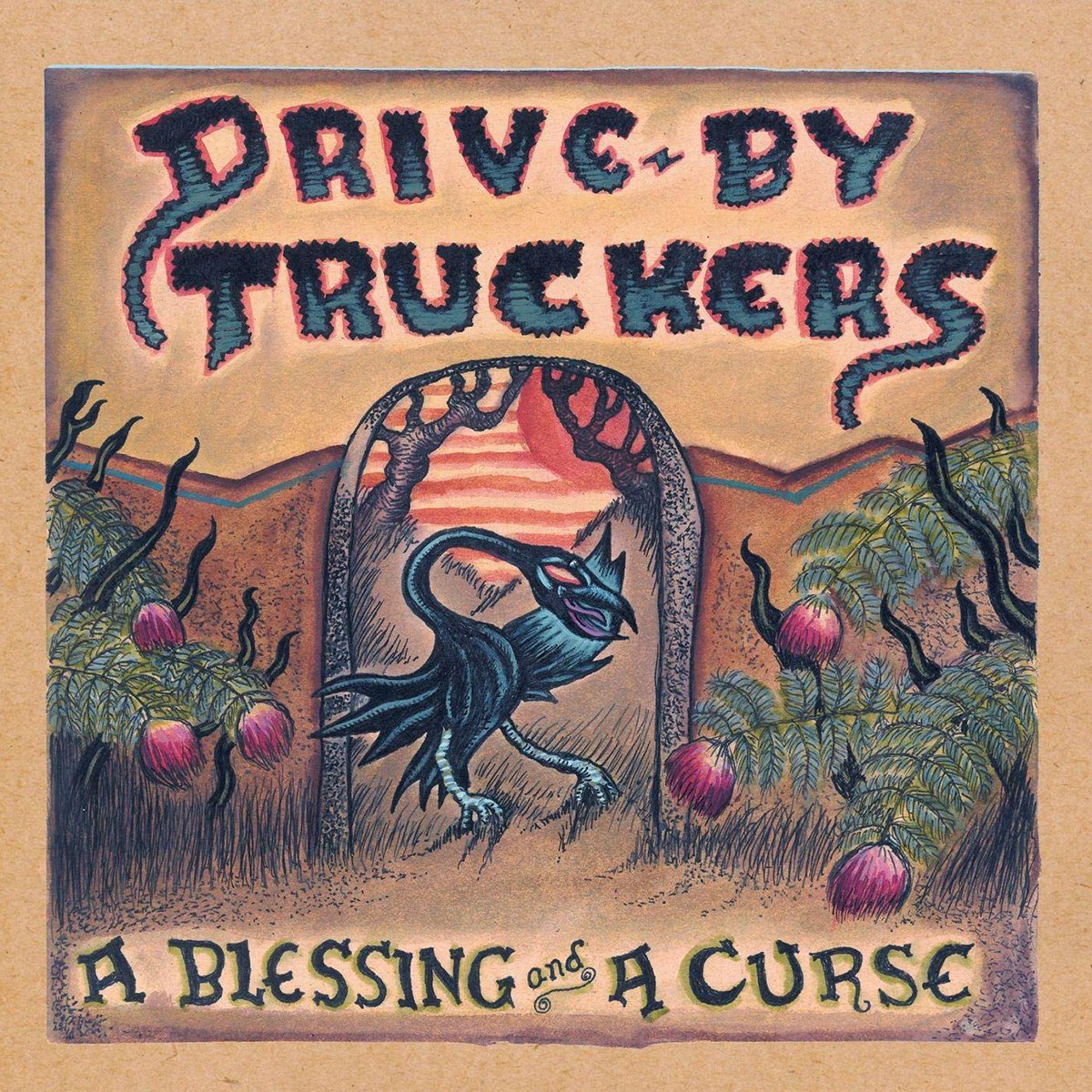 The source of power for Drive-By Truckers, rightfully hailed in some circles as America’s best current rock ‘n’ roll band, isn’t their forceful brand of aggressive, bluesy Southern rock, the enormity of sound that could knock the unprepared out cold; it’s the unstated agreement between the band’s three songwriters (Patterson Hood, Mike Cooley, and Jason Isbell) not to spare any details, no matter how grim those details might be. There aren’t many writers working in any genre who can match Drive-By Truckers’ unblinking observational eyes, and what their best songs—“Outfit” and “Sink Hole” from 2003’s Decoration Day, to choose, perhaps, the most remarkable—accomplish is that they paint a complex portrait of working class life in the modern South. It’s a vision that’s at once true to life, grounded as it is in those perfectly captured details, but also far more grand in scope. Like Flannery O’Connor’s fiction or David Gordon Green’s films, Drive-By Truckers’ songs transform Southern archetypes into something of a living mythology because they’re constructed with a reverence for their source material.

That came to a head on 2004’s The Dirty South, a fascinating failure of an album. Unlike Decoration Day or the Lynyrd Skynyrd-inspired song cycle of Southern Rock Opera, The Dirty South came off as an album of songs explicitly about Southern archetypes (as opposed to an album that uses those archetypes as points of inspiration for emotionally raw, devastating songs), resulting in an album about “the South” for an audience of people who’ve never actually been there. Needless to say, The Dirty South was a massive across-the-board hit with most critics. But for someone who already knew its stories—the backwoods moonshine stills, the kids recruited into military service because Uncle Sam told them it was the only way they’d ever get out—and knew that Drive-By Truckers had already covered much of the same territory with greater subtlety and insight, The Dirty South was redundant. It wasn’t a sell-out album, though, and it’s an important addition to Drive-By Truckers’ catalogue in that, as a whole, it represents the band’s assertion to an “outside” audience that theirs is a voice deserving of not just attention but respect—the brash attitude that masks a deep fear of being labeled as inferior by simple virtue of birthright. Full confession: I didn’t especially care for The Dirty South, but I certainly identify with the idea behind it. Again, Drive-By Truckers’ work is loaded with such dense cultural freight that its sub- and con- actually become the text.

A Blessing and a Curse, Drive-By Truckers’ seventh album, is a return to their detail-oriented form, but what elevates this album above its predecessors is its start-to-finish consistency—though the album focuses on the ongoing challenge to break even in every sense, no two songs try to extract the same emotional thorn. The cuts are particularly deep on this go-round too: What drives songs like Cooley’s exceptional “Gravity’s Gone,” for instance, is the tricky interaction between rage and resignation. A couplet like “And don’t ever let them make you feel like saying what you want is unbecoming/If you were supposed to watch your mouth all the time I doubt your eyes would be above it” speaks to both of those emotions in equal measure, with a viscous wit besides. Elsewhere, “Aftermath, USA” references the rural South’s crystal meth epidemic in the story of a man’s attempt to take stock of a morning-after that finds “the smell of musk and deception” and “all the seats in recline” in his car, “the meat in [his] freezer all thawed,” and the kids snatched up by social services, recalling O’Connor’s pitch-black humor with the conclusion, “It’s all worse than you think.”

Not all of the Southern gothic is tempered with humor. Hood’s “Little Bonnie” is perhaps the most powerful song the band has recorded, a devastating narrative of a man growing up in the presence of a girl whose “crystal eyes put the stars to shame,” a girl who died before her fourth birthday, before the narrator was even born. Lesser writers would turn such a song into a cloying, manipulative exercise in exploitation, which, more likely than not, Martina McBride would then scream at full volume, lest anyone not submit to it. Drive-By Truckers, on the other hand, present “Little Bonnie” with a delicacy that belies their rough image, giving appropriate gravity to the questions of how and why one grieves for someone he never knew firsthand. Great as the rest of A Blessing and a Curse undoubtedly is (and it’s worth noting that closer “A World Of Hurt,” in which a man contemplates suicide, is almost as hard a gut-check), “Little Bonnie” is the moment that makes the strongest case for Drive-By Truckers as the best band in America.

As a whole, A Blessing and a Curse is the album that Drive-By Truckers have always threatened to make, a hard-rocking testament to the intelligence, sensitivity, and soul of a people often discredited for lacking all three. The band (also including Brad Morgan and Shonna Tucker) has never sounded more confident—“Feb. 14th” even finds them incorporating some of The Replacements’ style to great effect—and they’ve never had a full set of songs so jaw-dropping to merit such rock-star swagger. It suits them well, and what makes the album so exceptional is that, as much as it holds up to a type of academic scrutiny, it’s just a killer, balls-out rock record. Referring to the band’s acceptance of their own greatness as anything else, A Blessing and a Curse is the kind of switch-blistering smarts and emotions and the dream-wide ambition that even the best acts in modern country and rock are hard-pressed to match.

Review: Drive-By Truckers’s The Unraveling Is a Bleak Reflection of the Times

Review: The Streets, The Hardest Way to Make an Easy Living