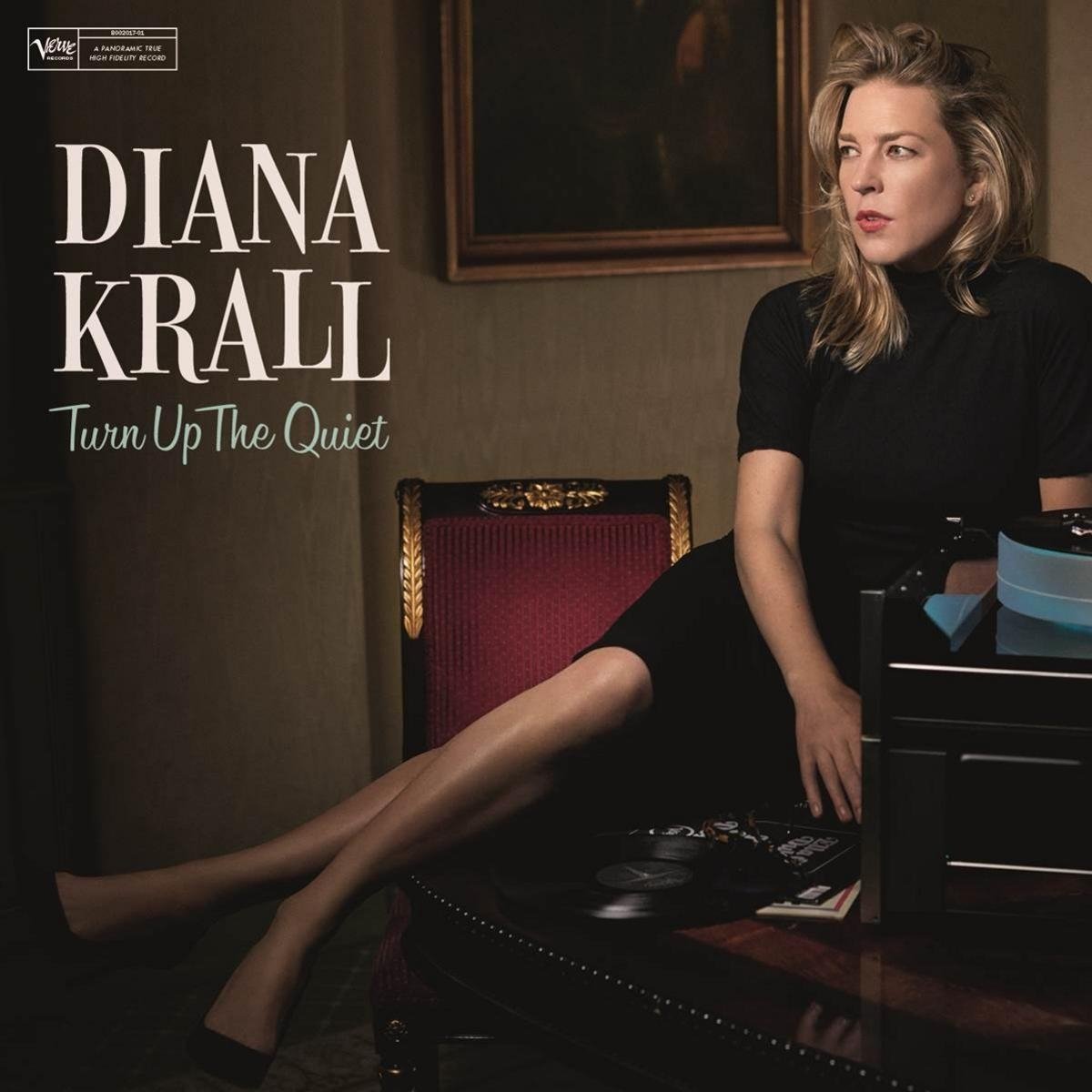 Familiarity is a fundamental draw of a standards album. In fact, it’s a big part of the point. By including songs as well-known as “Night and Day” and “L-O-V-E” on Turn Up the Quiet, her first true standards album since 2009’s Quiet Nights, Diana Krall allows listeners to lean into words and melodies they already know by heart, and to relish the unique phrasing and specific energy she brings to tried-and-true material.

Turn Up the Quiet could almost be considered a loose concept album, and not just because it’s a back-to-basics move. Krall has chosen to focus on material that’s soft, intimate, and romantic—nothing too hot and almost nothing upbeat, though even on ballads she and her band can work up a swing. These are songs you’d play in the background during a romantic dinner for two. It’s all right there in the song titles: The album opens with “Like Someone In Love,” segues into “Isn’t It Romantic,” and ends with “I’ll See You in My Dreams.” They all unfold with the graceful, unhurried pace of an evening stroll.

Produced by Tommy LiPuma, who died mere weeks before its release, Turn Up the Quiet features Krall performing in different configurations—trio, quartet, quintet—with occasional accents from a string section. The strings are especially welcome on “Isn’t It Romantic,” providing a lush backdrop for Krall, who performs in a literal whisper. The only time the pace really picks up is on “I’ll See You in My Dreams,” which makes room for her to go to town on the piano while fiddle player Stuart Duncan gives a smoldering solo. Even here, though, Krall’s light touch as a singer means that the words float into the ether. Like everything else here, the song is relaxed without being ponderous.

The album gracefully moves from one song to the next, but its consistent mood is a blessing and a curse, as things can get a little sleepy in places. The reverential treatment of these songs also means that those who’ve heard them time and time again may not be as impressed with, say, Krall’s take on “Blue Skies,” which is noteworthy for its intricate bass, guitar, and piano interplay but not wildly different from past renditions of the song. The gold standard may be Willie Nelson’s version on Stardust, still the best example of a standards album that plays things a bit fast and loose—an interesting counterpoint to Krall’s more traditionalist approach. Hers certainly doesn’t raise the bar, but it does offer an alluring elegance and low-key appeal.