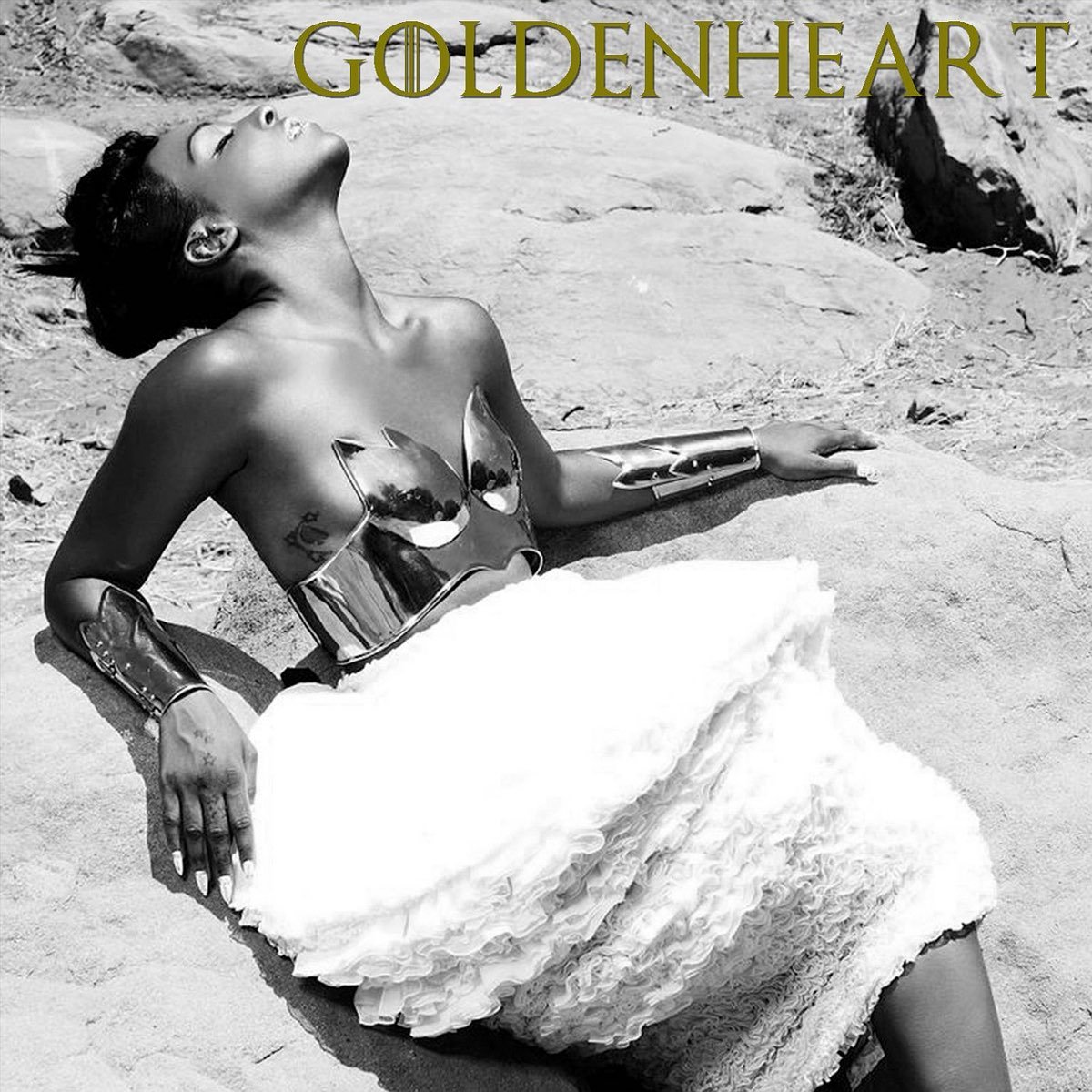 From her days in Danity Kane to the one-shot Diddy Dirty Money project and now her burgeoning solo career, Dawn Richard has retained a staunchly middlebrow pop sensibility. Most of these projects have enjoyed commercial success, but beneath the straightforward hooks, an increasingly peculiar pattern of sneaky experimentation has emerged. This is still music for the masses, but it’s also pop product shot through with pronounced strains of alluring weirdness.

Like last year’s Armor On, Richard’s Goldenheart belies her insider status by standing out from the pack, aligned with an intensifying style of alternative R&B (cf. Frank Ocean, Miguel, Adele) in which albums are intricately structured and thematic. Goldenheart is a post-relationship concept album in which pain is salved by imagination and dreams, a process matched by a dreamy musical repertoire of icy synth washes and spare, echoing beats. Richard plays up the fantastical tone by borrowing heavily from the lush textures of ‘80s dream-pop and inflecting her lyrics with a kind of feverish mysticism, concerned with magical imagery and the self-restorative properties of the human heart. The result is complex tracks like “Gleaux,” with its assaultive handclaps and intricate keyboard lines, and “Northern Lights,” which builds slowly over a growing foundation of drum-machine beats and effects.

Goldenheart, however, is considerably weaker than Armor On, which was just as eccentric but noticeably more propulsive and inventive in its approach. The album plays out on the drippier side of the post-breakup spectrum, full of pity parties disguised as self-affirming declarations and fantasy fugues stocked with armies, monsters, and queens. Richard’s fanciful metaphoric vocabulary gets spun into a series of insipid, inspirational pronouncements pitched to the cheap seats. Songs like “Break of Dawn” and “Warfaire” may share the same relative DNA as the rest of the album, but they lack of momentum and are stuffed with cheesy wordplay like the repeated titular metaphor of the former track.

There’s also not one, but two overt references to former members of Genesis, one in the title and vocal line of opener “In the Hearts Tonight,” the other in the bizarre quasi-cover “In Your Eyes”; both serve as distinct nods toward the sort of transparent, self-serious emotional territory explored here. Odd gestures like this are welcome for the way they further identify the outlines of Richard’s image, but they don’t make for the most satisfying music, and contribute to the sense that Goldenheart is too stubbornly fixated on unimaginative renderings of the same topics and themes. Richard is a talented artist, and her musical palette and tenacious personality remain consistently interesting, but when it comes to conveying emotion, falls back on the same tired tropes that have made many conventional R&B acts feel so exhaustingly familiar.