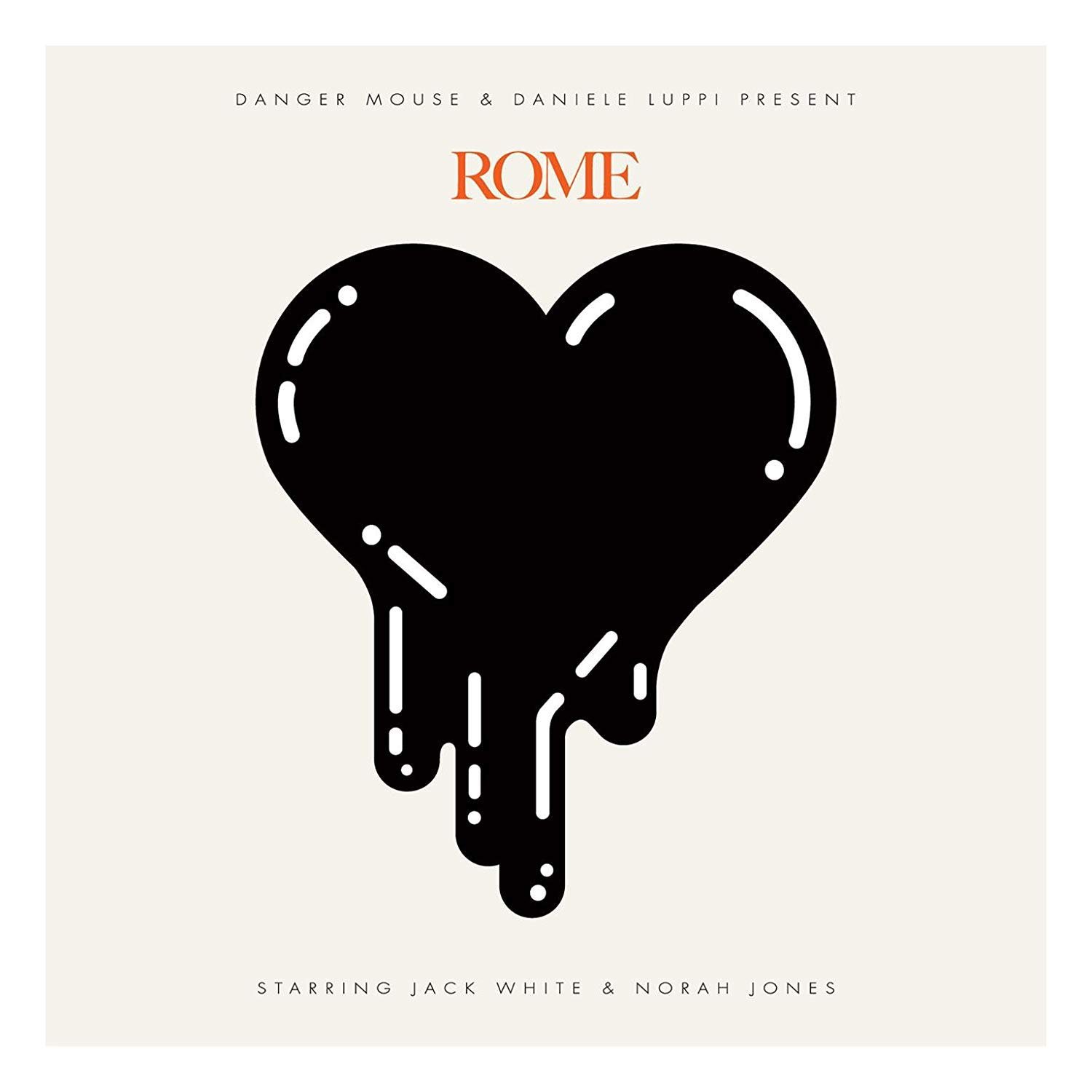 Some of Italy’s most enduring musical figures have found overseas audiences by doing work for the silver screen. Ennio Morricone started out arranging jazz and pop songs before composing iconic scores for Sergio Leone’s spaghetti westerns, while Giorgio Moroder followed his classic work with Donna Summer by winning Academy Awards for the soundtracks to Midnight Express and Top Gun. Considerably further from the mainstream, the Italian rock group Goblin developed a global cult following by appending their creepy, atmospheric prog to films like Dario Argento’s Suspiria and George A. Romero’s Dawn of the Dead. Daniele Luppi’s brilliant 2004 release, An Italian Story, paid tribute to these figures and many other classic Italian film composers in a wide-ranging and impeccably arranged debut. Rome, his new collaboration with Danger Mouse, takes on a narrower focus, working primarily as a celebration of Morricone’s scores and secondarily as a collection of lavish chiaroscuro pop in the vein of Calexico’s Feast of Wire.

The unlikely collaboration, which also features vocals from Norah Jones and Jack White, is evidently a labor of love, though occasionally one starts to suspect that Rome is little more than a souvenir from a recording process which was a good deal more fun than the record it ultimately produced. Gorgeous instrumentals like “Her Hollow Ways (Interlude)” were clearly constructed with due care to recapture the sound and overall atmosphere of their cinematic referents, which makes it all the more confusing when said instrumentals are inevitably consigned to such brief runtimes. Each of the album’s interludes also recurs as a finished song (i.e. one with either Jones or White singing), though the fact that there are any repetitions on an album that’s only 35 minutes long is a bit disconcerting. Generosity of material isn’t a selling point for Rome, and sadly, neither is inventiveness: Luppi and Danger Mouse don’t seem to have much beyond homage on their agenda, and their curatorial choices in strings, bells, and ghostly backing vocals can be annoyingly literal.

Even so, Rome is a minutely detailed and evocative recreation of what, to generations of filmgoers, will always be the sound of the Old West; it’s a work that’s done an indignity if not absorbed through a surround sound system or a respectable pair of headphones. Jones’s vocals are also consistently engaging, with the smoky blues tones that have long been her calling card working perfectly on tracks like “Season’s Trees” and lead single ““Black.” White’s contributions are more hit or miss (a problem that largely owes to the bizarre processing effects that make him sound like he’s singing through a fan), but his ghostly performance elevates the album’s closer, “World,” to a proper climax. Both singers commit admirably to their characters even when their melodies aren’t especially memorable, a fact that helps Rome’s well-crafted soundscapes feel inhabited.

While it’s difficult to imagine there being a large demand for this kind of music, it’s impressive how little the producers and performers behind Rome seem to care. Like a lot of love letters, it exists as much for the sender as for the recipient.

Review: Amor de Dias, Street of the Love of Days