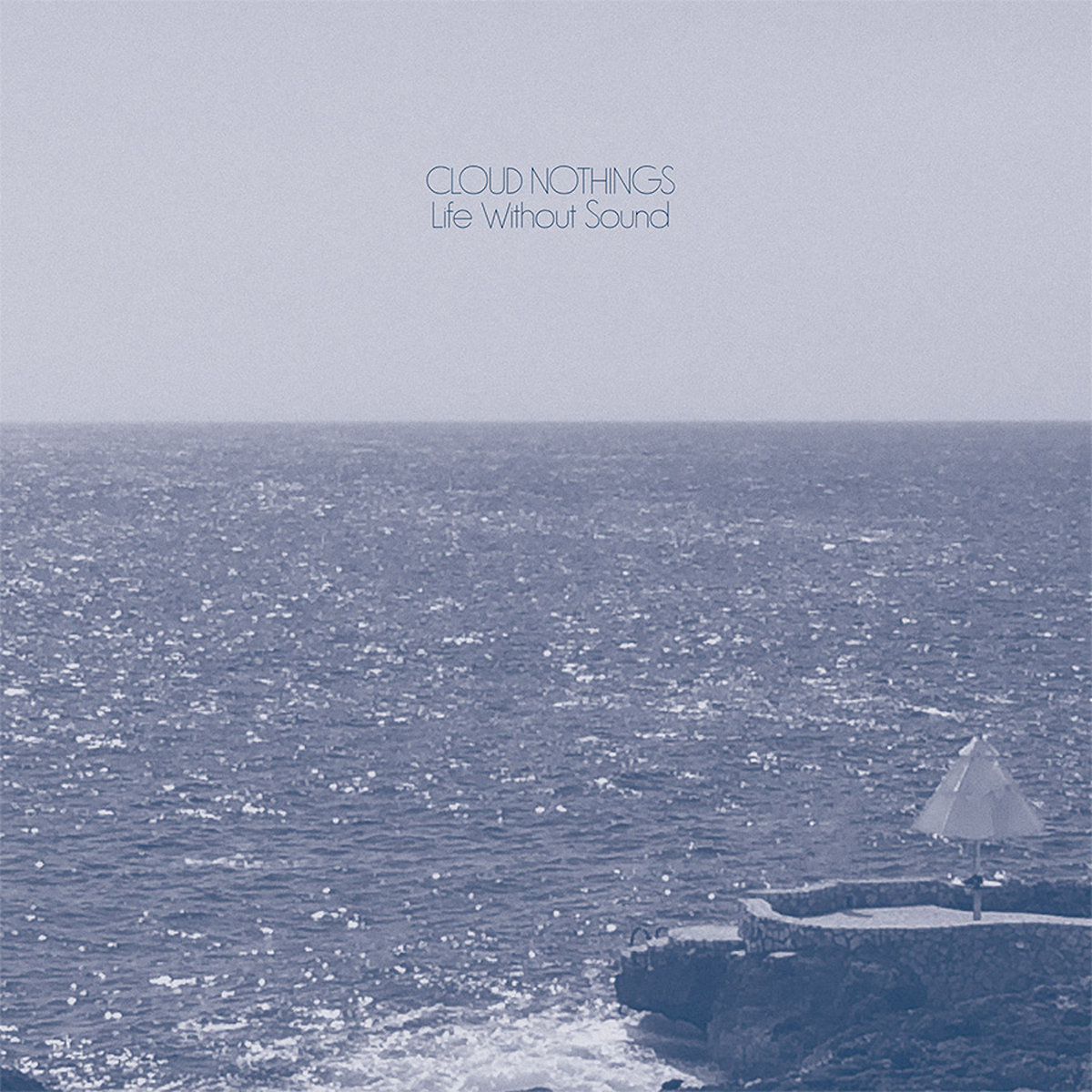 Anxiety about the future doesn’t hold the same grip on Dylan Baldi’s songwriting that it once did. On previous Cloud Nothings albums, Baldi expressed misgivings for what the future may hold, both seemingly out of a fear of growing up and, conversely, of never changing. Now 25, the singer-songwriter credits his band’s shift in direction on their fifth album, Life Without Sound, to the pace of his life slowing down. As a result, a far more measured approach serves as a sharp detour from the furious pace of 2014’s Here and Nowhere Else, one that prominently features more melodic vocals from Baldi in place of his familiar snarl.

Life Without Sound finds Baldi more reflective, viewing the future not as some abstract destination outside of his control, but as a fluid result that’s rooted in present decisions and the concrete context of the past. This more languidly paced and contemplative album not only shuns the jammed-out breakdowns from 2012’s Attack on Memory and the roiling energy of Here and Nowhere Else for a more sedate form of guitar rock, but it provides additional dimension to Cloud Nothings’s sound with the addition of guitarist Chris Brown for a two-pronged guitar approach that’s a far cry from the “lo-fi pop” descriptor that Baldi’s music became saddled with in its early years.

Perhaps more notable than the shift to vocal-driven melodies and measured tempos is Baldi’s far sunnier disposition, stated most directly in the chorus of “Things Are Right with You,” in which he sings, “Feel right/Feeling lighter.” Rather than stress about the future, he’s using past mistakes for personal growth. Throughout much of Life Without Sound, Baldi expresses overflowing relief, especially through the use of water imagery in the cathartic release of “Up to the Surface” and on the jangly, effusive “Modern Act,” where he sings of feeling “like an ocean coming out of a creek.” Rather than churning with existential angst, these songs find Baldi in a more self-actualized place, one where the few looming dark clouds are most often derived not from self-loathing, but from a yearning for companionship.

The album isn’t completely devoid of angst, as the latter tracks reintroduce Baldi’s raw-throated growl and ferocity. On “Strange Year,” he worries that he’s reached his peak, and the roiling “Realize My Fate” finds him lamenting a “fear of being blank” by being unable to truly articulate himself. But even these tracks emphasize the album’s smoothing out of Cloud Nothings’s rougher edges while maintaining the integrity of the band’s sound. By focusing less on inner tribulations and looking at the broader context of his place in the world, Baldi’s typical impulsivity and urgency of a frenzied youth transforms into the deliberateness of a wiser and more seasoned songwriter.