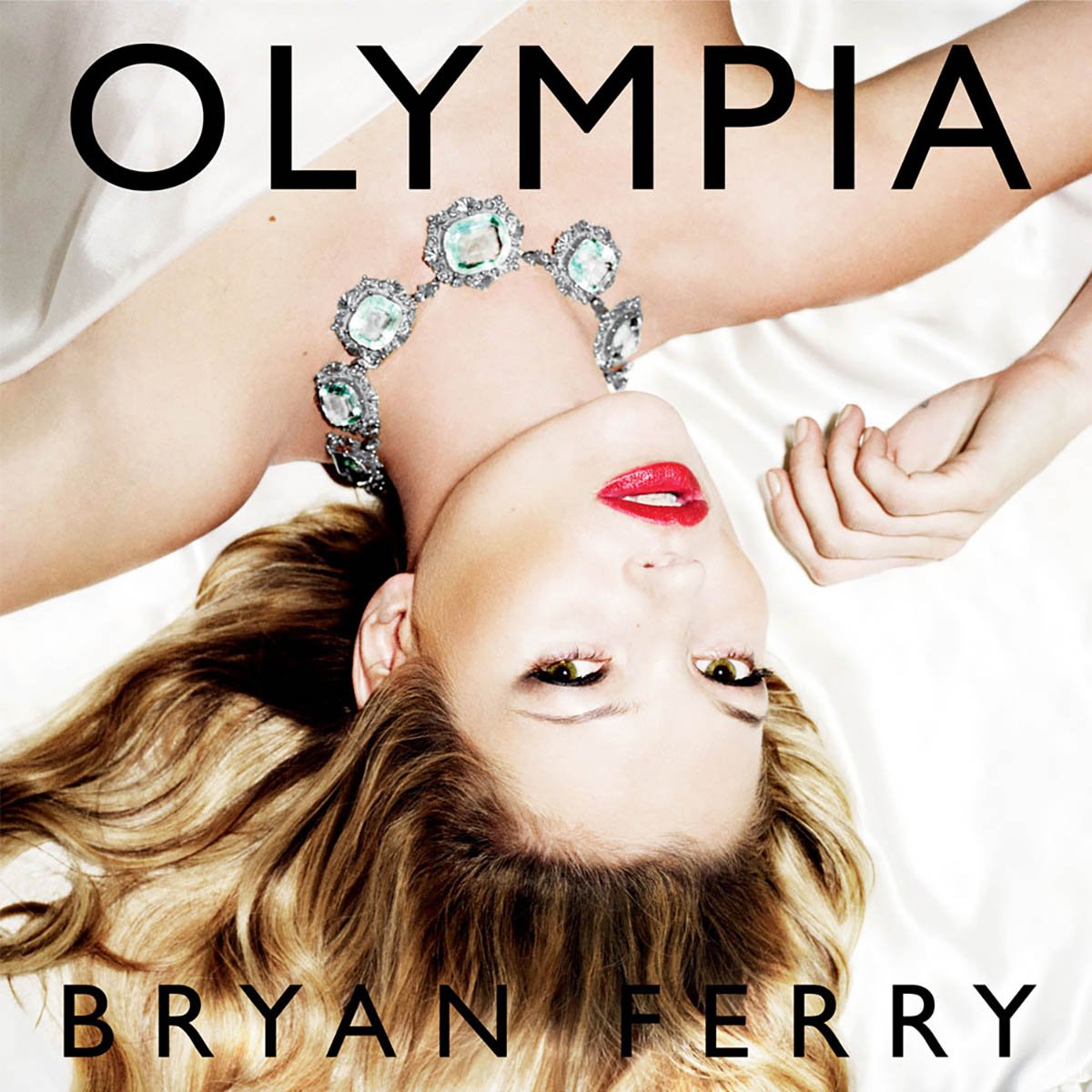 Brian Eno often gets the credit for Roxy Music’s early eccentricity, playing into the dynamic of a band torn between two strong personalities: Eno’s intellect on one side, Bryan Ferry’s smooth blandness on the other. This makes sense, considering the band’s gradual slide into insipidness that followed Eno’s departure, but as a singer and lyricist, Ferry has always contained multitudes, representing a continuous struggle between silky frontman aspirations and outright strangeness.

That same conflict is thrown into sharp relief on Olympia, though a skew toward more overt sexiness makes for a host of cheesy moments. Opener and lead single “You Can Dance” establishes a clear template: myriad vocal effects, hectic overproduction, bad backing vocals, urbane and dissipate lyrics. It’s not the most promising formula, but Ferry works hard to sell its tacky splendor. He also earns a co-producer credit, and his work is a further achievement on an album that generally manages to corral its busy backing effects and avoid disorder.

The exit from middle age often finds rock singers crystallized into caricatured versions of their former selves, a process that’s true for Ferry on Olympia. This exaggerated version lands somewhere between today’s Mick Jagger, cartoon lips plastered to his face, and Rod Stewart, forcing classiness through standards covers and white tuxedo jackets. Unlike either, Ferry manages to maintain the balance between strut and elegance without pushing into manic depictions of either form.

This doesn’t mean everything works so neatly. The covers here, of Tim Buckley’s “Song to the Siren,” and Traffic’s “No Face, No Name, No Number,” are perfunctory, pointing more to Ferry’s influences and interests than contributing anything to the album. “Song to the Siren” takes the spaciness of the original and amps it up with overbearing strings and whispered female imprecations. Like much of the album, it sounds like it could have used for a ‘90s cologne commercial.

Guest spots from Eno, David Gilmour, Groove Armada, and Jonny Greenwood disappear entirely into the thick production, which robs them of any distinctive contribution. Even more strangely, Scissor Sisters lends their voices to a song that forces them to emulate Arcade Fire, a strange decision for a band with obvious parallels to the often sleazy sound Ferry pursues here. It’s indicative of a lush, at times dazzling album that doesn’t always seem entirely aware of its own silliness.