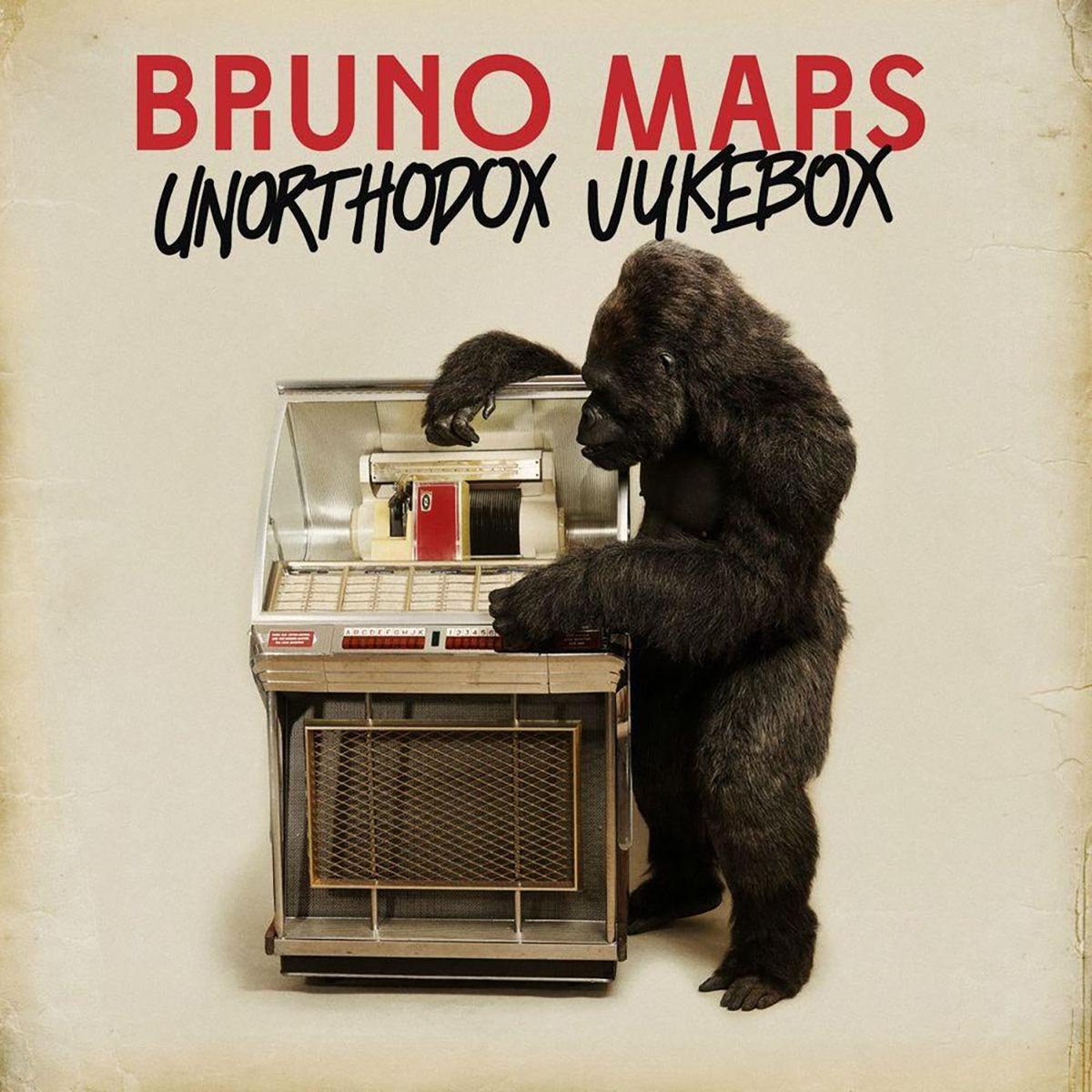 For all of Bruno Mars’s attempts to brand Unorthodox Jukebox as sonically progressive, there isn’t anything remotely unorthodox about his new album. A hodgepodge of musical styles, it offers the impression not of an artist heroically blurring boundaries, but of a well-schooled pop star using his gift for variety-show mimicry to conquer as many demographics as possible. When the synthy ‘80s flourishes start blurring together with the approximations of R&B and reggae, it’s a result of the unifying narrowness of Mars’s sound, which revolves around a ruthless, hook-driven eagerness to please, and his worldview, which vacillates between old-school notions of courtship (“I should’ve bought you flowers and held your hand”) and “Dirty Diana”-inspired misogyny (“I’m digging a ditch/For this gold-digging bitch”).

There’s a carefree attitude that offsets the album’s ambitions. Despite similarities to Adam Levine and Gavin DeGraw, singers who also use a diluted form of vintage soul as the foundation for their middle-of-the-road pop-rock, Mars is by far the superior vocalist. Fueled by a tenor capable of belting Steve Perry-style high notes with both clarity and grit, his performances toggle between a midrange of soft, puppy-dog sincerity and passages that drift just enough out of his comfort zone to replicate soul-man desperation. The singing can sometimes come across a little workmanlike, and as with Alicia Keys, Mars’s tone isn’t voluptuous or idiosyncratic enough to wow an audience. But that minor limitation is also the key to his appeal, allowing him to seem casual and unfussy even when he’s gunning for pop-chameleon recognition.

While not an unqualified triumph, Unorthodox Jukebox is a step forward. Where his debut, Doo-Wops & Hooligans, was a forgettable EP-length collection steeped in gory melodrama (“Grenade”), gimmicky humor (“The Lazy Song”), and pseudo-romantic sycophancy (“Just the Way You Are”), his sophomore effort signals a move from street-side troubadour cutesiness to a bigger, stadium-filling sound. Much of this can be attributed to a trio of new collaborators—including superstar-grade producers Mark Ronson, Jeff Bhasker, and Diplo—who ornament trifles like the ‘80s funk-pop tribute “Treasure” and the Police-aping “Locked Out of Heaven” with layers of synth effects and party-ready rhythms. When Mars goes back to just piano and vocals on “When I Was Your Man,” his melody and lyrics end up sounding as slight as they did before—an embarrassment for an artist who’s staked so much of his image on sturdy, old-fashioned songcraft.

The album’s highlight is the Diplo-assisted “Gorilla,” on which Mars gives Miguel and Usher a run for their money for most infectious bedroom anthem of the year. Opening with Mars’s bleating vocals, a lyrical reference to cocaine, and a stark, insinuating beat, the song unleashes a tide of coital aggression on a chorus filled wall to wall with falsetto coos, monstrous bursts of drums, and plinky piano right out of Prince’s “The Beautiful Ones.” Even when Mars pulls a similar trick on the gentler, power-pop-meets-quiet-storm “Moonshine,” one keeps hoping for the energy of another “Gorilla” to elevate what amounts to a reasonably listenable exercise in genre fetishization.