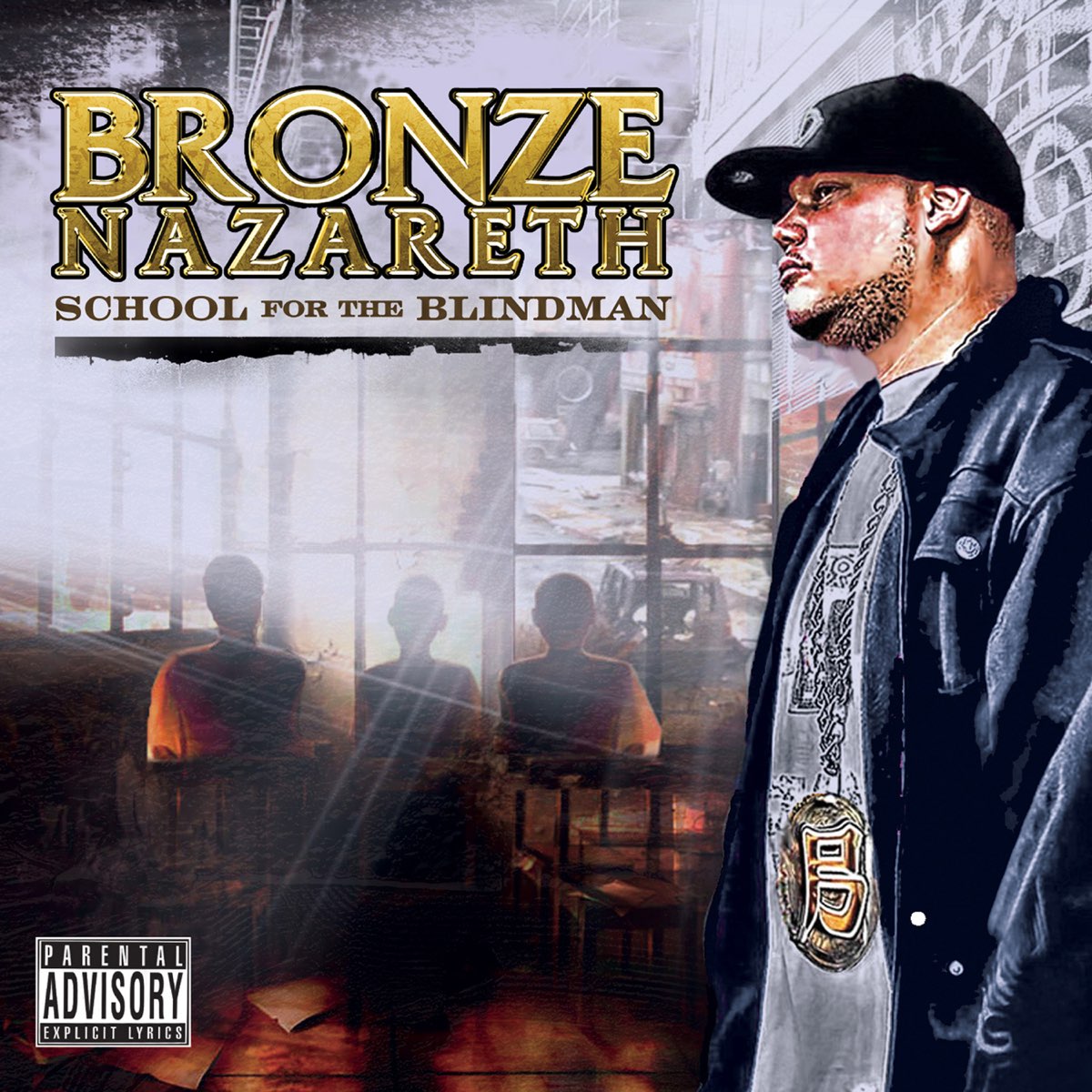 As the Wu-Tang dynasty approaches the beginning of its third decade, the future of their musical legacy appears bright. An unofficial heir has risen to the throne, as indicated by School for the Blindman, the new album from Detroit MC/producer and Wu-Tang affiliate Bronze Nazareth. The Abbott himself, RZA, even took time out from his new career as a movie director to appear on four tracks (though he declared on the album’s first single, “Fresh from the Morgue”: “I ain’t supposed to rap, I make movies!”), bringing more energy and clarity to the mic than he has in years. Bronze’s soulful sample chops and boom-bap-era drum loops have a tendency to bring out the best in emcees; RZA hasn’t sounded this energized since the last time Bronze produced for him back in 2003.

Compensating for a five-year wait since his first solo release, School for the Blindman features 20 tracks (plus three iTunes bonus tracks) and well over an hour of Golden Era-flavored music. Blaring horns and sampled soul voices croon through thick drum loops and old Motown melodies, the overall result being an interesting splice of the branches of the Wu-Tang family tree and Detroit’s underground scene. Beat-wise, the brightest highlight is “Records We Used to Play,” in which weepy violins wail beneath a bombastic bass and crackling snares. “The Road” revitalizes Wu-Tang Clan veterans Masta Killa, Inspectah Deck, and the hip-hop flavor that made them famous with a chorus of sampled voices imploring, “Find your way,” between a marching mix of rusty horns and drum kicks. Within the cohesive batch of beats collected on the album, there’s a nice range from standard hip-hop sounds to live accompaniments like sax and guitar.

What sets Bronze apart from other producer/rappers, though, is his lyrics. Hip-hop fans have a true gem on their hands in that the same guy who’s made a name for himself crafting soundscapes for the likes of Immortal Technique, Vinnie Paz, GZA, RZA, and Raekwon can also pick up a mic and trade battle raps with a lyrical heavyweight like Canibus, as he does on one of the album’s best songs, “Bronzeman 2.” The content is often complex; weighty metaphors and double- or triple-meanings abound in Bronze’s bars, expanding the possibility for replay value and involving the listener in a thinking man’s game of interpretation.

This should come as no surprise from an artist whose mixtape series is titled Thought for Food. Much attention is paid to the macrocosmic structure of the songs as well: Tracks like “King of Queens” and “Stem Cells (Pictures)” feature two verses written in thematically symmetrical harmony (for example, the recurring crepuscular motif in “King of Queens”). That approach is evident with guest MCs too, as on “Carpet Burns” where Bronze and RZA tell different stories of sexcapades from the same angle. The variety of styles and themes is also impressive with battle-rap tracks, laments of lost love, a character-driven story, an ode to a lost friend, and a couple of posse cuts in which Bronze’s Wisemen crew steps in to “warp time to drum lines.”

It’s been a relatively strong year for the rap genre thus far and School for the Blindman is arguably one of the best releases this year, right up there with Evidence’s Cats & Dogs and Elzhi’s ELMatic mixtape. As decrepit as the socio-economic structure of Motown is, it finds itself once again a hotbed of musical greatness and, Wu-affiliated or not, the music of Bronze Nazareth overflows with the bluesy soul of the streets.

Review: Florence and the Machine, Ceremonials