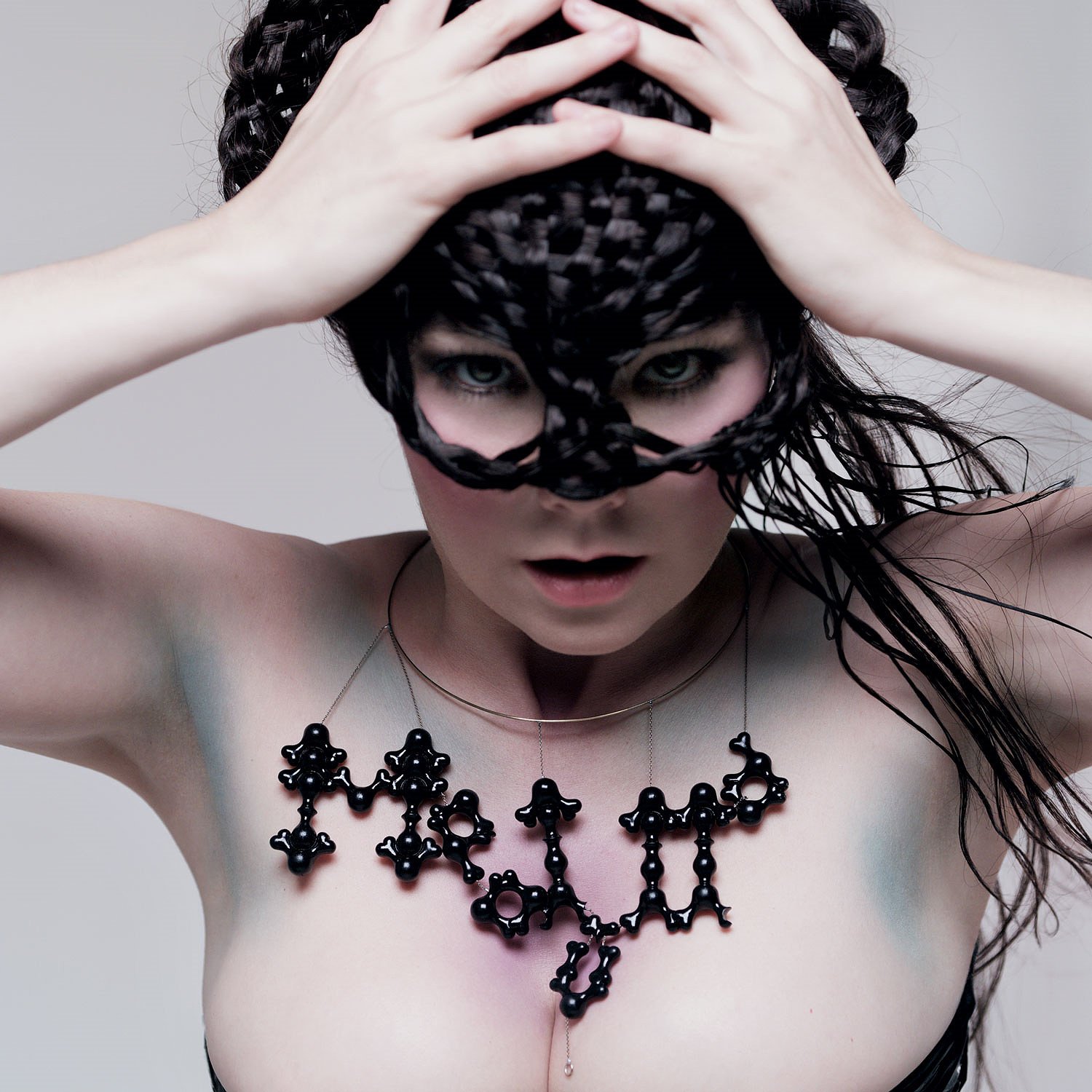 With each new album, Björk’s sound has gotten progressively more progressive, stretching the boundaries of both contemporary pop and electronic music, challenging the way we hear words and melodies, and, above all, pushing herself to impossible new heights. Sometime after howling that she wanted to “explode this body off me,” Björk made a movie (Lars von Trier’s musical Dancer in the Dark), which pounded her into submission and supposedly tore at the fabric of her very being, reminding her that music was her true calling (and preferred method of communication). We expected her to burst back to form after that, assembling an army of Björks to reclaim her place among—and above—larger-than-life pop princesses and fellow electronic priestesses; instead, she turned inward, exploring the pitter-patter of her laptop’s keyboard and recording an album (2001’s Vespertine) that, though beautiful, was a docile surprise that could only truly be judged by what came after it.

With the arrival of Medúlla, that moment has come. Saying that Björk has “gotten all experimental on us” is like saying M. Night Shyamalan’s movies have gotten gimmicky. But, oddly enough, Medúlla makes Post sound like Top 40 music. Medúlla, a reference to the inner core of certain organs or body structures (the essence of things, if you will), finds Björk forsaking customary electronic instrumentation for human beatboxing, whistling, sighing, grunting, and hyperventilating courtesy of The Roots’ Rahzel, Inuit throat singer Tagaq, and Faith No More’s Mike Patton. The effect is often awe-inspiring—of the vocal simulations, “The Pleasure Is All Mine” (a song revolving around the age-old sentiment “giving is receiving”), “Who Is It (Carry My Joy On The Left Carry My Pain On The Right),” and “Triumph Of A Heart” are most successful. The latter could be described as “future disco,” with human voices subbing for bass kick, horns, house snare, and oscillating synthesizers. (Elsewhere, the Icelandic and London Choirs fill in for Björk’s previous grandiose orchestral arrangements.)

The album’s slower songs (and, for those who mourn for the Björk of yore, you should know that there are many, including the short but poignant “Show Me Forgiveness” and the Icelandic ballad “Vökuró”) could have appeared on any of her previous records. And thematically, Medúlla is exactly what you’d expect from one of pop’s most forward-thinking composers: “Oceania,” an ode to Mother Ocean, from which all life “crawled ashore,” “Where Is The Line,” a song about compromise in relationships, and “Desired Constellation,” a track about responsibility that could be interpreted on multiple levels (whether personal or political, it’s obvious from her heart-wrenching pleas that Björk’s “sense of justice” has been compromised—count the song among her best). In many ways, Medúlla is significantly more aggressive than Vespertine, even if it is passive aggressive. “Submarine,” a collaboration with Robert Wyatt, rumbles with quiet urgency (“Shake us out of the deep sleep…Do it now!”), as opposed to Björk’s previously more straightforward “alarm calls.”

It should be noted that all of the abovementioned songs could be linked to the Bush administration—fabricated debate over theories of evolution, the war in Iraq, et al. And do what you will with the isolationist final lyric of the song “Mouth’s Cradle”: “I need a shelter to build an altar away from all Osamas and Bushes.” Agreed, but is that all you have to say? Like Shyamalan’s The Village, Medúlla is interesting in theory, and it raises all sorts of questions about how we perceive music, not to mention life itself, but it’s also often downright infuriating. (You can almost hear The Village’s porcupine people grunting on “Ancestors,” a meandering, practically unlistenable track that finds Björk at her most eccentric.) Obviously Medúlla is ahead of its time, and its failures are in the minority, but only time will tell if the album can earn a spot in heavy rotation the way Debut, Post, and Homogenic have. Surely she can’t have forever forsaken the hallowed electronic breakbeat! The holy thumping bassline! For the first time in Björk’s career, the remixes might actually improve on the originals.