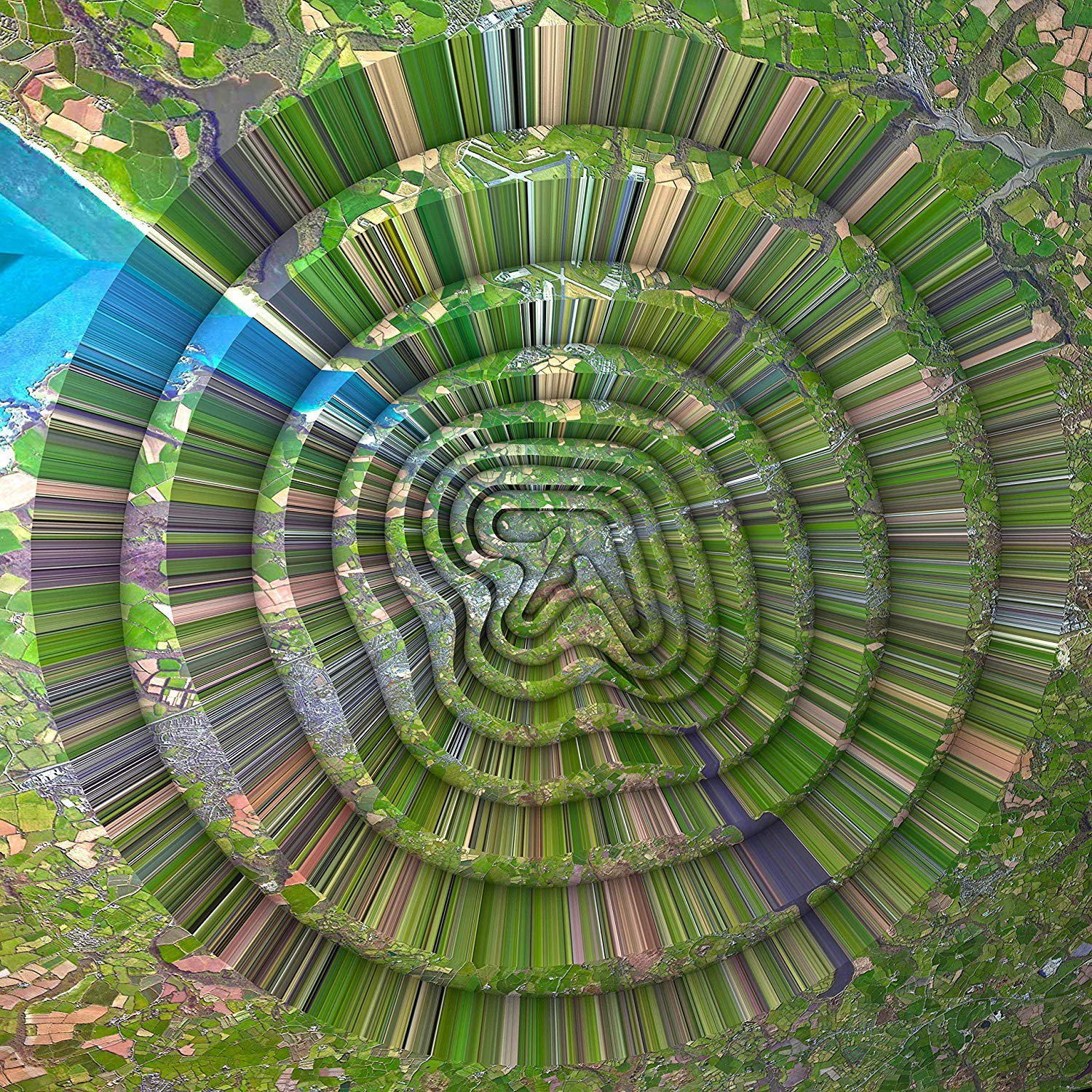 Aphex Twin’s meticulously constructed EP Collapse runs the gamut from dense bursts of intricate glitch to expansive, ambient soundscapes, making it feel like a far more elaborate musical journey than its mere five tracks. Richard D. James largely eschews the deliberate tempos and straightforward, loping beats of 2016’s Cheetah, but he also only rarely flirts with the nearly impenetrable structures found in much of his earlier work.

The EP’s title may evoke the chaos of an apocalypse, but Collapse only temporarily manifests that tone—specifically on the opening “T69 collapse,” which is named after a World War II-era battle tank. The track commences with gentle, melodic keys and a bouncy beat before plunging into a frenzy of staccato percussive loops and descending synth arpeggios that sound like some massive computerized machine losing its power. But just as abruptly, James veers into the calm after the storm, returning to delicate, chiming keys, syrupy bass pulses, and roving synth fills. But despite the stark shifts in tone, “T69 collapse” is Collapse’s least aesthetically surprising track, suggesting as it does a collage of Aphex Twin’s greatest hits.

The EP flourishes whenever James layers in divergent textures to create a multidimensional spatial quality. “1st 44” summons a cavernous atmosphere by pairing a deep sub-bass low end with rippling, high-frequency filigrees—mixing the layers so they feel miles apart. When James introduces a digitized glass-shattering effect, the shards seem to be pulled in all directions at once. But the Collapse isn’t always so jagged and angular: “pthex” revisits the kind of rubbery beats found on Syro, James’s post-hiatus album from 2014, and contrasts them with a tranquil synth washes.

More often than not, harmony overtakes James’s brief forays into discordance on Collapse. Despite the periodic insectile and mechanical droning on “MT1 t29r2,” ominous atmospherics are counterbalanced by airy keys, chimes, and buoyant hand percussion effects. Even more prominently featured hand percussion blooms into jungle overtones on “abundance10edit[2 R8’s, FZ20m & a 909],” which despite its technobabble title sprawls into an idyllic and otherworldly ambient odyssey, an ethereal female voice beckoning, “Give me your hand, my friend, and I will lead you to the land of abundance, joy, and happiness.” For a once-hermetic artist, James’s recent output has trended toward greater accessibility, but even by that measure, Collapse’s biggest surprise lies in how warm and inviting it all is.

Review: The Work of Chris Cunningham on Palm Pictures DVD

Review: Spiritualized, And Nothing Hurt