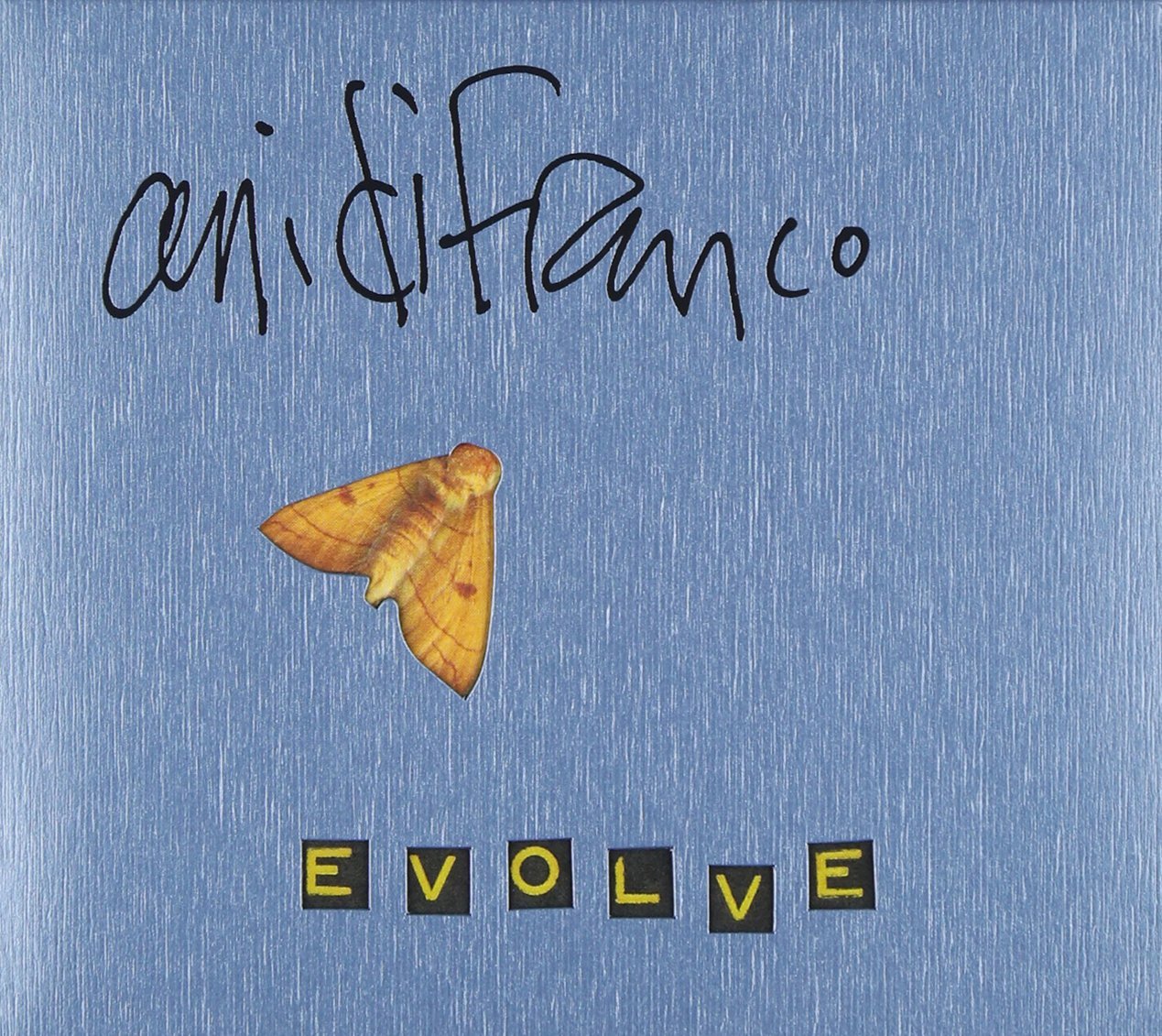 With Evolve, Ani DiFranco’s 13th studio album, the singer reprises and refines the smooth folk-jazz of 1999’s To the Teeth and 2001’s Revelling/Reckoning. Created as a swan song for DiFranco’s touring band (the folksinger is once again a one-babe show), the album distills the sluggish and muddled arrangements that seemed to have turned her into a bogged-down revolutionary. Yet she still sounds like an alien wandering aimlessly through her own music: most of the album finds DiFranco fumbling and struggling to spit out half-formed hooks. In recent years, DiFranco has traded her candid, knee-jerk insights for more patiently-formed, though comparably archetypal, slogans: “They say that the truth will set you free/But then so will the lie,” she sings on “Promised Land.” The title track finds the singer comparing her evolution to a moth bumping up against a lightbulb (the metaphor, however, makes for truly gorgeous album packaging).

Fortunately, as evident on her last album, DiFranco’s collaborative work seems to be leading her back to her roots. “Slide” and “Phase” feature her old-school brand of guitar riffs and vocal rhythms while “Welcome To:” actually has a rock hook! And for better or worse, DiFranco keeps inventing new niches like the Latin-folk of “Here for Now.” Of course, it wouldn’t be an Ani album without a personal-political statement like the ten-minute “Serpentine,” which revives the singer’s old fervor: “The music industry mafia is pumping girl power…And hip-hop is tied up in the back room with a logo stuffed in its mouth.” And during an era where Grammy darlings beg us “rise up” or simply don’t put their music where their mouths are, DiFranco doesn’t hold back: “Capitalism is the devil’s wet dream/So just give me my Judy Garland drugs/And let me get back to work/Cuz the empire state building is the tallest building in New York.” But rather than marking a definitive rebirth, Evolve closes a chapter in the ever-evolutionary singer’s career, and as for her band: well, good riddance.