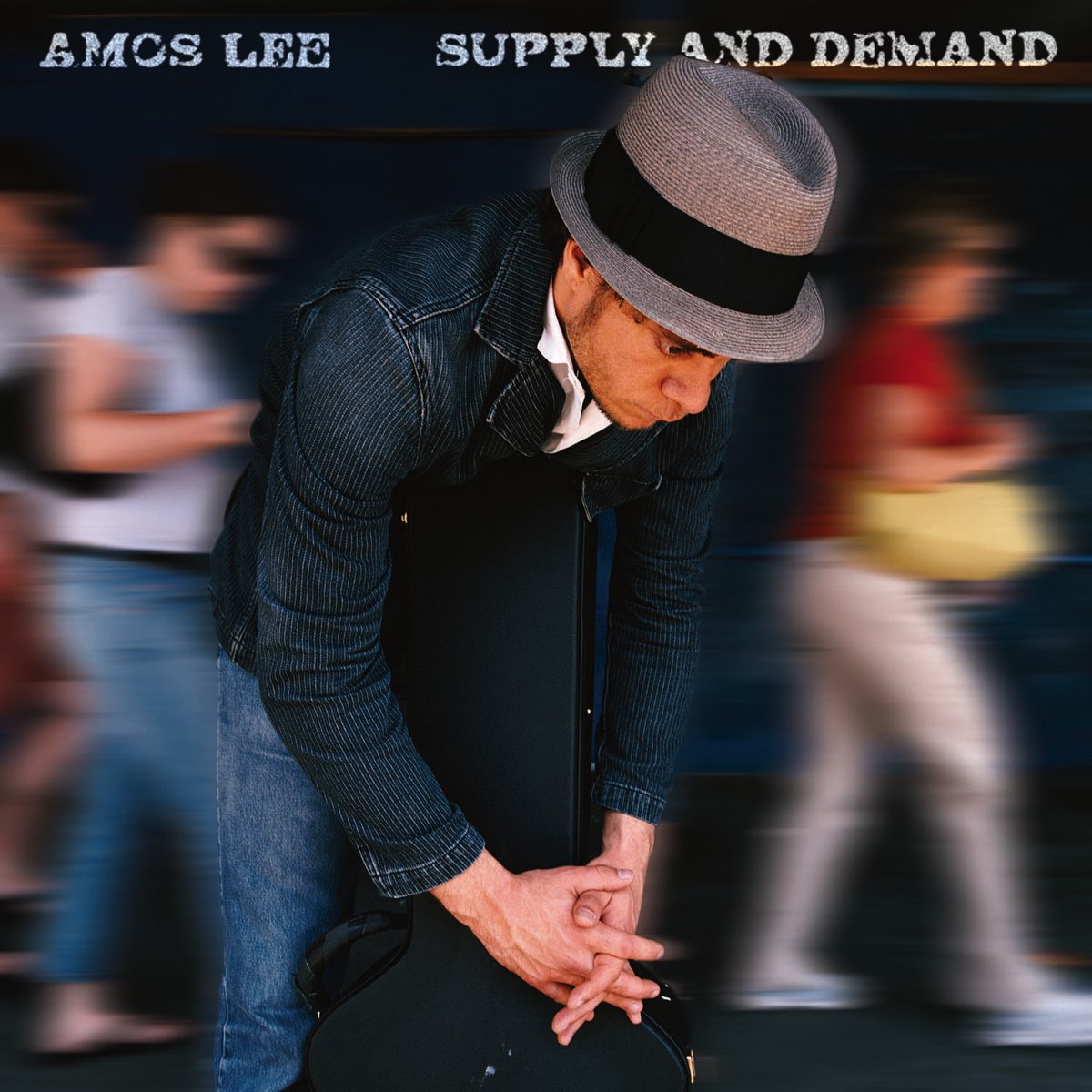 Philly-based singer-songwriter Amos Lee made a modest splash with his self-titled 2005 debut, joining the ranks of such soul-splashed vocalists as James Hunter, Raul Midon, and Ben Harper. Amos Lee was polished and confident, as would be expected from someone possessing as evocative a tenor as Lee’s, but skill alone wasn’t enough to fully engage listeners, and despite his opening gigs for the likes of Norah Jones, Lee’s sophomore effort Supply and Demand isn’t, tragically, a disc being clamored for. Billing himself as a purveyor of “folk-soul,” Lee wrote much of Supply and Demand on his extensive tour in support of his debut record, either onstage, backstage, or in hotel rooms; this rootlessness works in the album’s favor, lending it a shambolic energy and brooding emotional through-line, most clearly revealed in “Night Train,” with its cocaine-snorting, coffee-drinking protagonist. From the smoky, late-night gospel lamentation of “Skipping Stones” to the aching “Southern Girl” to the radiant title track, Lee effortlessly shifts gears between introspection and guileless goofiness, and “Sweet Pea” is the least ironic Jazz Age homage you’re likely to hear this year. Supply and Demand is every bit as polished and confident as Amos Lee’s debut, but with a stronger collection of hooks and more ragged vibe, it connects in a way that album could not.

Review: My Brightest Diamond, Bring Me The Workhorse