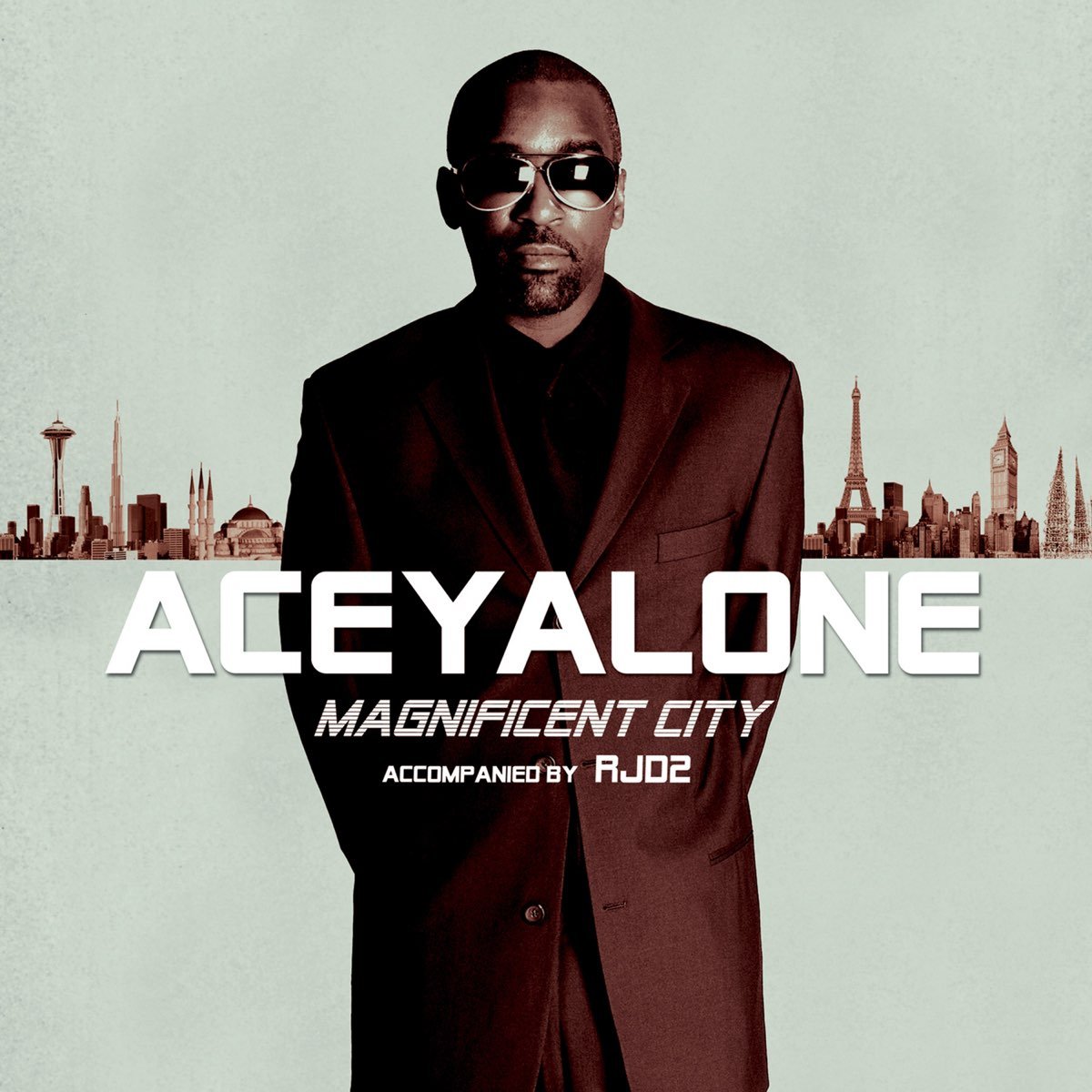 Afixture of the underground hip-hop scene for well over a decade (All Balls Don’t Bounce, his first solo project after the dissolution of Freestyle Fellowship, was released back in 1995), Aceyalone has never developed the commercial clout that his talent truly demands. Magnificent City stands as perhaps more likely than any of his past albums to break him to a larger audience, since it’s a full-length collaboration with one of hip-hop’s trendiest producers, RJD2. It’s somewhat unusual for a single producer to helm an entire, start-to-finish rap album, which only makes Magnificent City all the more distinctive as a showcase for both men.

Acey’s trademark is his hyperliterate flow, incorporating both tongue-twisting polysyllabic words and perfectly-timed pauses into his rhymes in a manner that reflects an unparalleled grasp of rhythm, even by the standards of a genre that lives or dies by precisely such an understanding. When, on ‘70s funk throwback “Fire,” he says, “There’s something wrong with my radio dial/Some of these fools ain’t got no style,” it’s more than the typical MC posturing: there’s a swagger to it, sure, but it’s borne of the knowledge that his rapping is many things, but, above all else, it’s stylish. And what works best about Magnificent City is that interplay between Aceyalone’s self-awareness and what emerges, on songs like “Supahero” and “Solomon Jones,” as a sharply observed send-up of the swinging-dick machismo that drives much of commercial hip-hop.

It’s a testament both to Aceyalone’s undeniable skill and to RJD2’s production that the album never once threatens to become as heavy-handed a statement as, to pick the example of the most bibilical proportions, Kanye West’s Late Registration. In terms of sheer creativity, RJD2 matches Aceyalone at every turn, constructing his beats and enormous hooks from disparate elements—the magnificent horn sample on opener “All For U,” the aggressive percussion line on “Cornbread, Eddy And Me” that hints at Rick Rubin’s production on Jay-Z’s “99 Problems”—and layering them in ways that, upon repeated listens, reveal an overall vision for the album that wouldn’t have been possible with multiple producers working the mixing board.

Taken in isolation, “Fire” and “Mooore,” all nervous energy derived from a bubbling electronic loop, sound like they could’ve come from two separate albums; sequenced with “Cornbread” in between them, though, and it’s to RJD2’s credit that such a quick turnaround from retro to ultramodern comes off as a seamless transition. For an album that trades in style, such refined attention to detail gives Magnificent City the kind of structural awareness that distinguishes exceptional records from merely great ones. With Aceyalone and RJD2 each at the peak of his craft, Magnificent City stands as a testament both to the relevance and vitality of independent hip-hop and, like Loretta Lynn’s Van Lear Rose, to the productive, fascinating territory to be mined from the truest of collaborative efforts.

Review: The Subways, Young for Eternity