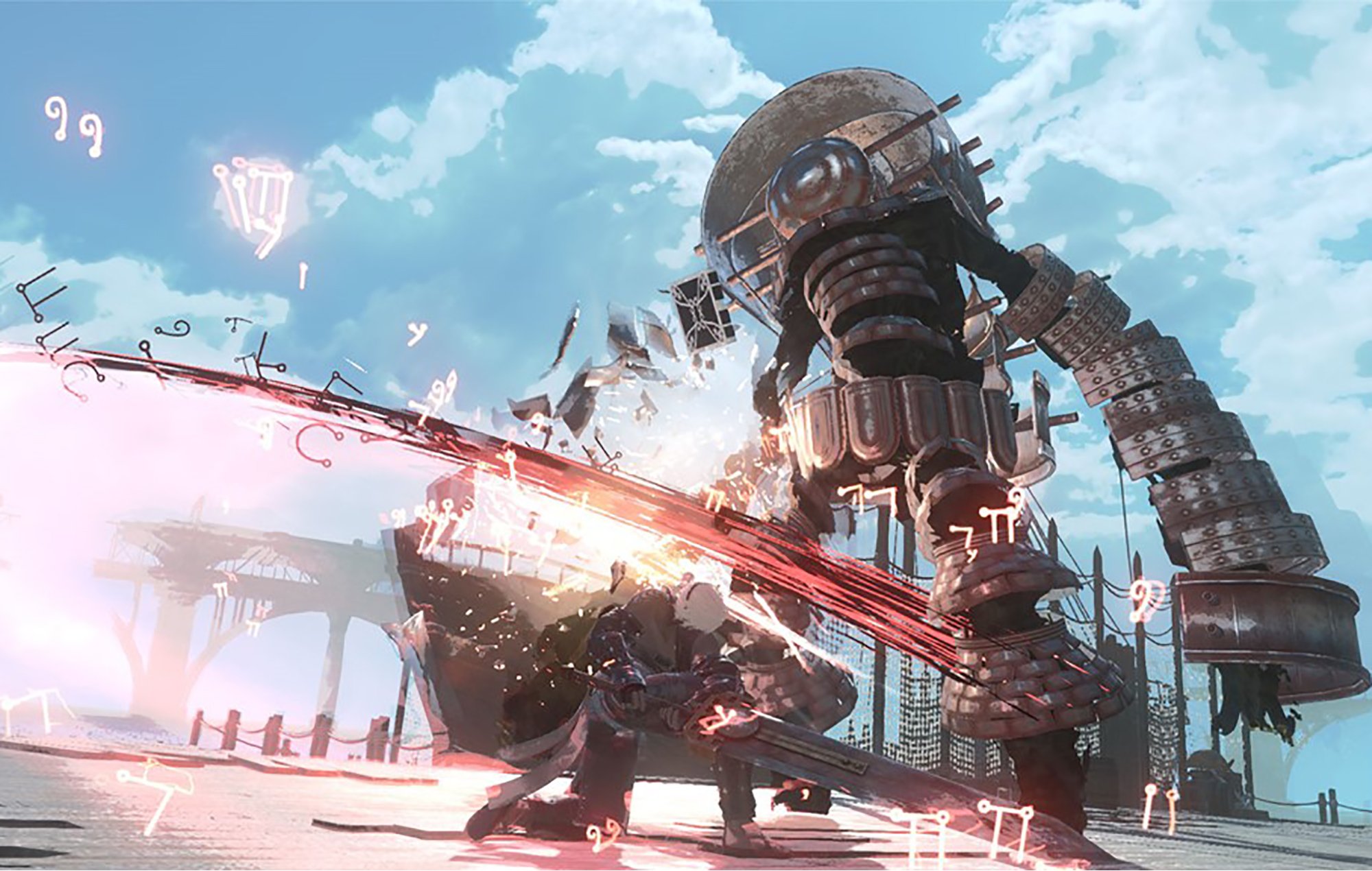 To hear NieR series director Yoko Taro tell it, you’d think the freak success of Nier Automata (our number one game of 2017) was the result of some sort of cosmic accident—or glitch in the collective unconscious telling five million people to buy it. Whatever else one might call the decision to revisit the original Nier from 2010, a cash grab certainly isn’t it. Taro would also prefer if we didn’t call Nier Replicant ver.1.22474487139… a remaster or remake, which is easier than you might think. This is, ultimately, still an 11-year-old game in a great many ways, and even with more horsepower to play with, that age is obvious. Despite the silliness of that number in the title (the square root of 1.5), it’s an apt signifier to what the game truly is: an extensive refinement rather than reimagining, allowing for a better appraisal of a game that swung and missed on its initial release.

There are legitimate reasons why Nier failed to break out in 2010. It’s an RPG about—in the West, anyway—a grizzled old guy named Nier trying to save his terminally ill daughter, Yonah, that was released around the point when gamers were starting to get tired of both that trope and the brown-gray-yellow filter that developers were overzealously applying to games to signal that “this is serious business.” For quite a few hours, Nier is mostly a series of protracted fetch quests made even less interesting thanks to a painfully sluggish combat and upgrade system. The game has its fans, thanks to Keiichi Okabe’s sublime soundtrack and a story that massively picks up steam in its second half, but the barrier of entry is significant.

In Ver.1.22474487139…, getting to play as the Japanese version’s Nier—an incredibly naïve teenage boy trying to save his terminally ill sister—makes for a much greater and surprising jump in characterization later on. Combat-wise, the way that Nier moves and jumps makes for a faster, flashier, and more fluid experience right out of the gate. (The combat is where Nier Automata’s retroactive influence is most felt.) The upgrade system is still slow, but that’s another thing that changes for the better in the game’s second half. And, of course, there’s the graphical enhancements, boosting a 720p/30fps game that barely hit that meager benchmark into a full-fledged 60fps experience where everything is as clear as day. The environments are still dingy-looking, but the colors on display very much pop thanks to the visual spitshine.

After a compelling intro and 1,400-year leap into the future, Nier settles into an unassuming rut of fetch quests for the villagers in the game’s main hub area and wild goose chases across the post-apocalyptic land for cures to Yonah’s sickness. Eventually, the game busts up the monotony with a series of excellent curveballs. The magical book that fights by your side to spit magic and ranged projectiles can talk and actively complains about the cliché mission structure. Your first human companion, Kainé, is a lingerie-wearing, foul-mouthed, trash-talking, anachronistic badass. Your second, Emil, is a blind child living in a haunted mansion. Later quests have you suddenly smashing robots in isometric environments similar to Diablo, or saving a hypnotized town by finishing a series of text adventures. All the while, the combat constantly takes wild detours into bullet-hell terrain. The shotgun blast of gameplay types and tonal shifts isn’t quite as varied or seamlessly integrated as it is in Nier Automata, but it’s still impressive just how far ahead of the curve the original game actually was.

Fans of Nier Automata who are new to Nier may be frustrated by how long it takes to pick up on the kinship between the two games. But the connections, both subtle and devious, serve to make Nier Automata look even more subversive and ambitious than it already is. Less idea-driven than its successor, Nier Replicant is also more of a strange deconstruction of the traditional RPG as a social concept, elaborating on what madness and awe-inspiring love it is for people to lay down their lives on behalf of some other person’s expansive quest, but it’s still very much playing into the weakest aspects of the genre for quite some time before it gets into poignant terrain. The promise the game makes along the way is that the company is excellent and that the destination is worth it. And it’s a promise that’s kept. In particular, the one new ending that Ver.1.22474487139… brings to the table is powerful, hopeful, and genuinely affecting (though Drakengard veterans might have a different take).

Even after the credits roll for the finale, it’s hard not to marvel at how much work went into truly hammering home for players that the time spent with Nier’s motley crew wasn’t just memorable but important to all the characters involved, which is maybe the most meaningful divergence between Nier Replicant and the more nihilistic Nier Automata. It’s also the magic trick that only the best RPGs manage to pull off. As such, it’s hard to argue with Ver.1.22474487139…. Whatever you want to call it, the game isn’t intended as a cash grab or show of graphical superiority, though the spruce-up does make it a little easier to want to spend time with fundamentally good people who deserve to be loved.

The game was reviewed using a code provided by fortyseven communications.

Review: Judgment, Now Remastered, Is a War Between the Hip and the Square