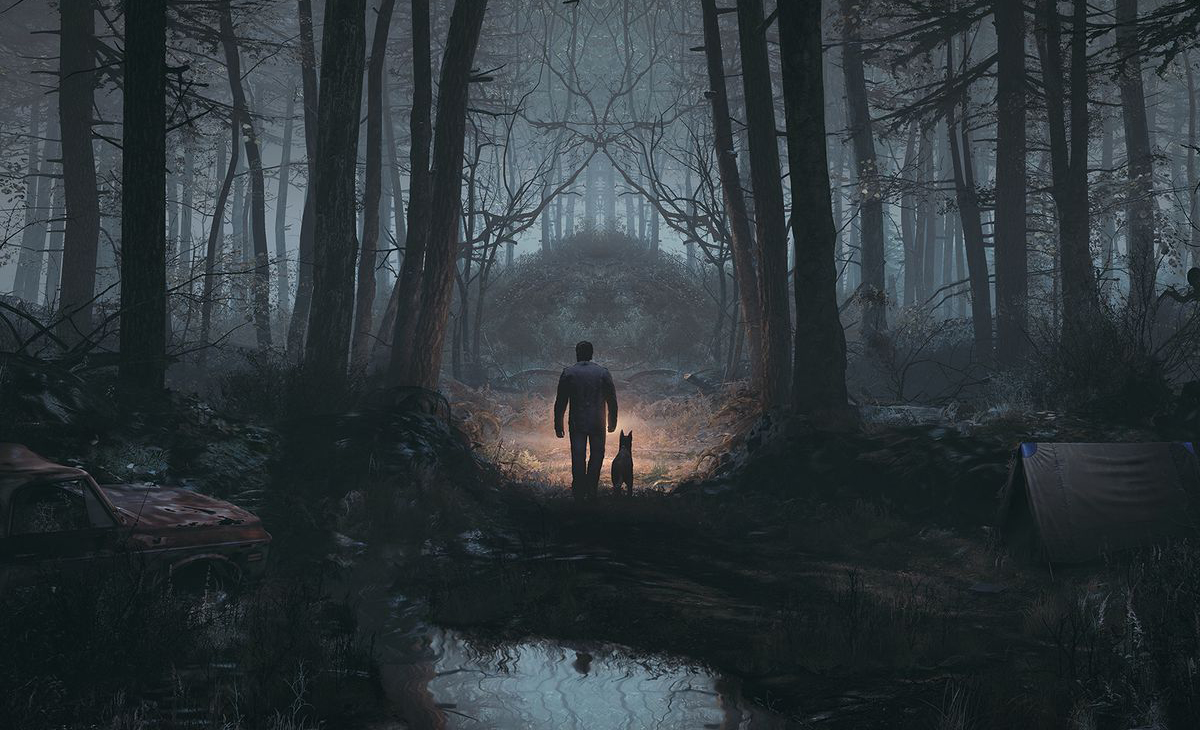 Many a video game has capitalized on our connection to dogs, though few have grappled with the complexity of that relationship. From Secret of Evermore to Fallout to Call of Duty: Ghosts, the loyal canine typically exists in the world of games to sniff out hidden items and attack their owners’ enemies. Blair Witch tries to break from the ranks of such titles by foregrounding the needs of a German Shepherd named Bullet, who requires regular attention from his master, Ellis, and keeps the former cop from going insane during a rescue mission in the woods. The potential for the player to feel a unique kinship with Bullet is certainly there, but the pooch too often functions as nothing more than a tutorial-like guide—and that’s assuming one of the many technical flaws that plague Blair Witch don’t get in the way of him doing the bare minimum of leading you through the game.

Like Eduardo Sánchez and Daniel Myrick’s The Blair Witch Project, the game centers around a mysterious force haunting the Black Hills Forest. Developer Bloober Team introduces the psychologically unstable Ellis, a man dedicated to his search for a child, Peter, who disappeared in the woods. In flashbacks, we catch a glimpse of Ellis raging against his girlfriend when she seeks his attention and love. As such, when he disregards the orders of those in his search party due to his obsession with finding the lost boy, one senses that he’s trying to redeem himself for past failures. At the very least, there’s more emotional intrigue hiding behind the game’s premise than there was behind the 1999 film.

Ellis’s backstory, though provocative on the surface, isn’t particularly enriched by the man’s interactions with his trusty canine sidekick. Through an abrupt pop-up message, Blair Witch announces that the status of Ellis’s fragile psyche is linked to how close he stays to Bullet as you scan the woods for clues about Peter’s disappearance. You’re also informed that if you don’t consistently pet Bullet, something unfortunate might happen. So, pet you shall, with each touch activating a generic mini cutscene of Ellis rubbing Bullet that, at times, is preceded by a seconds-long glitch, thus giving the false impression that Ellis is hesitating to reach out to the dog. Indeed, the prescribed, awkward nature of the petting sequences fails to establish any sense of an authentic bond between human and animal.

Ellis and Bullet also seem emotionally disconnected from one another as a result of the latter’s mechanical function. If the player doesn’t know where to go, Bullet can be called to go on a search for items that can put him on Peter’s trail. For much of the game, you simply follow Bullet like you would a tutorial arrow. Unlike the pet-like griffin Trico from 2016’s The Last Guardian, the dog’s behavior is simply a convenience. Trico’s scattershot obedience—as when, by design, the griffin becomes perturbed by a foe and fails to pay attention to the player’s commands—made it appear like a genuine living thing in video-game form, whereas Bullet suggests little more than a computer program that helps one complete tasks.

That contrivance is only magnified by a variety of technical issues that undermine the game’s ability to immerse players in its atmospheric woodland setting, much less in the relationship between Ellis and Bullet. During my experience with Blair Witch, Bullet once glitched out of one part of a chapter in which he was supposed to be present—as was subsequently confirmed by a reloading of the chapter. Even when important characters don’t inexplicably vanish into thin air, the game’s framerate is rarely consistent, no matter what the scene is or what graphical setting you select. But the biggest problem here is the possibility of a game-ending crash, which occurred multiple times during my playthrough, effectively cordoning off a significant portion of the story. Which is to say that not only does Blair Witch cheapen the idea that a dog is man’s best friend, it also falls apart like a cheap chew toy.

This game was reviewed using a review code provided by ONE PR Studio.

Review: The Dark Pictures Anthology: Man of Medan Is a Fun, If Slight, Party Toy