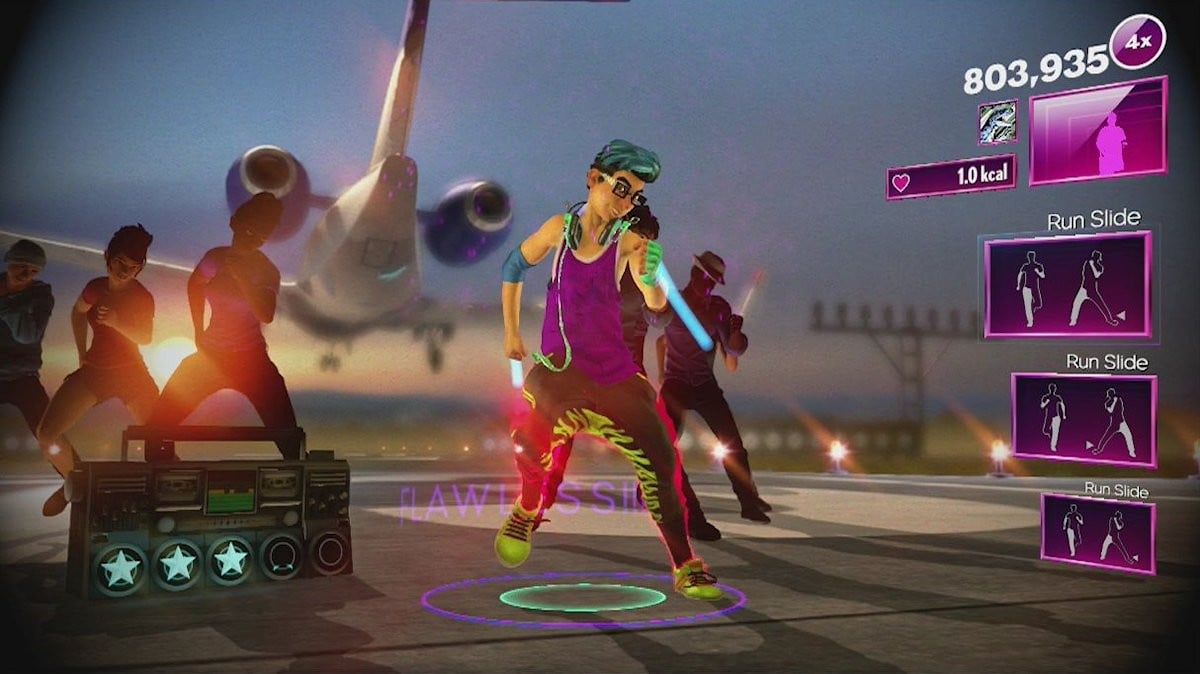 Many assume that Microsoft’s decision to stop selling the previously touted “essential” Kinect peripheral with their Xbox One console marks the death of motion-control gaming, but developer Harmonix disagrees. With Dance Central Spotlight, a downloadable release building on the success of the terrific Dance Central series on the Xbox 360, and with their upcoming Disney Fantasia: Music Evolved, Harmonix is once again making a compelling case for Microsoft’s fascinating and unfortunately underutilized add-on.

Dance Central’s core concept is simple: You dance. A dancer on screen does the routine, and you mirror their movements as the Kinect watches, scoring you based on how well you replicate the motions. The software is startlingly accurate at assessing your gestures and providing feedback when you’re not doing dancing well, which gives it an edge over competitors like Just Dance, which formerly relied on the imprecise Wii controller, and the simplicity of engaging with the game makes it easily accessible to anyone. It’s fun, pure, and simple, and it works. The game also scales in difficulty, making it the ultimate casual party game while also allowing the dedicated to master complicated dance routines, all while providing a proper workout. Stories about dedicated Dance Central fanatics losing dozens of pounds playing the game aren’t exaggerated.

At first glance, Spotlight’s 10-song soundtrack might sound diminutive, but the game is available at a considerably cheaper price than its disc-based brethren because Harmonix is treating it as a platform rather than an entire game unto itself. While the initial soundtrack is varied enough to have something for everyone, the game launches with dozens of other songs available as downloadable content, so that fans can purchase specifically the music they want. This is the smart approach, and it’s what kept Harmonix’s Rock Band alive and popular while the competing Guitar Hero franchise stagnated and fell apart with unwelcome, irrational, and incompatible yearly iterations. Further, each song in Spotlight features several different routines, giving fans the chance to replay beloved songs with different dance moves instead of the same routines, thus avoiding monotony. Finally, the game features a brand new exercise mode allowing gamers to create a complete fitness workout based on the kinds of exercise they want to do while tracking calories burnt.

Unfortunately, the game does have some minor issues that put it slightly behind previous entries in the series. The redesigned menus are unnecessarily complicated and prove slightly difficult to navigate with the gesture controls, and while each song includes many different dance routines, every track must be played through in a simplistic Beginner routine before the others are available, a frustrating and unnecessary restriction for those experienced with previous games. And while the exercise aspect has been improved and enhanced, it’s kept entirely separate from the main game. But these are minor complaints given the game’s overall sense of refinement and accessibly.

Dance Central Spotlight is now available from Harmonix for the Xbox One.