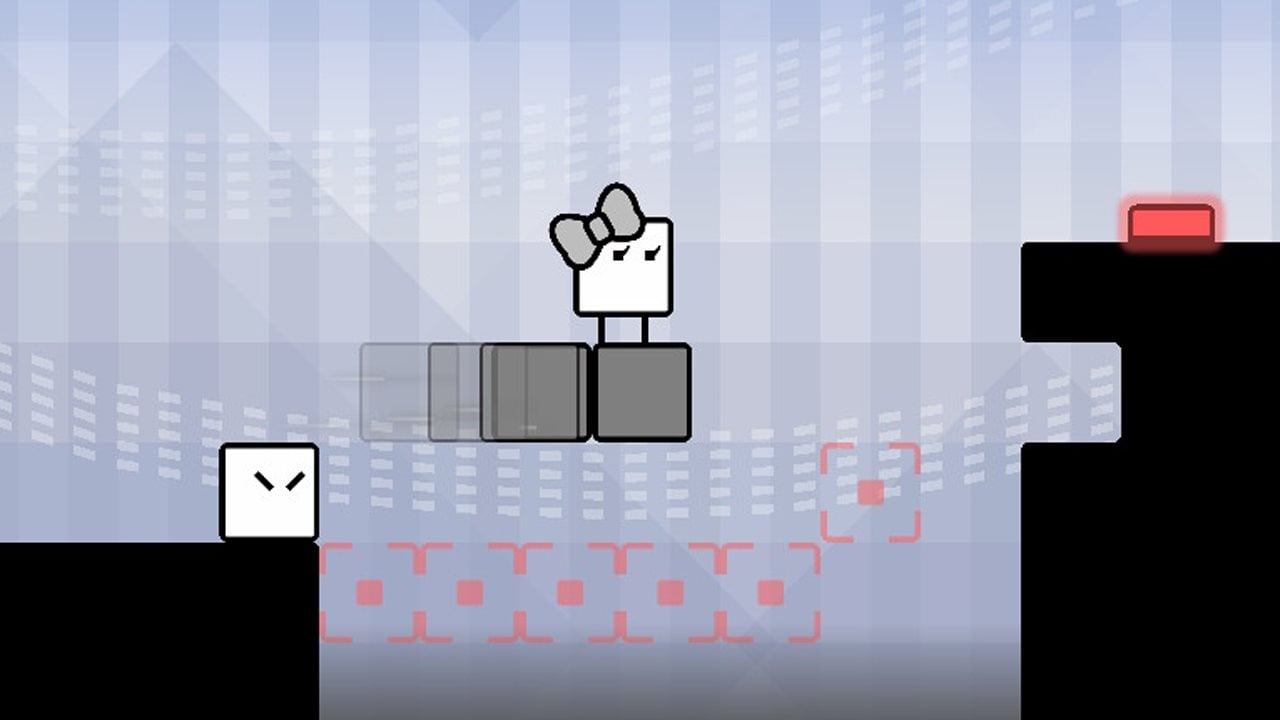 You might have to think back to your childhood to remember the mystery, even magic, of a plain box, as it seemed anything could be inside of it, or that it could be imagineered into just about anything. This, perhaps, explains the unlikely triumph of the minimalist BoxBoy! series, a hybrid platformer-puzzler from HAL Laboratory that arrives on the Nintendo Switch with the release of BoxBoy! + BoxGirl! If the game’s largely black-and-white levels—with a few splashes of color to call out helpful switches or dangerous electrical traps—don’t try to awe players with fancy graphics, that’s because their gameplay is more than enough. There are over 270 levels here, and it’s to the credit of the consistently creative design of BoxBoy! + BoxGirl! that said gameplay, which consists of variations on stacking chains of boxes together so as to traverse obstacles, almost always holds up.

To those who’ve played any of the prior BoxBoy! titles, the first third of BoxBoy! + BoxGirl! is a little repetitive. In these early, solo levels, players are reintroduced to the way in which Qbby (or his be-ribboned pal Qucy) can break the rules regarding the conservation of mass energy. Qbby can generate up to six additional Qbby-sized boxes, which he can then carry or throw so as to create bridges, staircases, ladders, and so on. The obstacles he needs to contend with are also largely familiar: moving platforms, switches that need to be pressed, lasers that have be to blocked. Gradually, however, Qbby’s moveset expands, past the returning Up Hook (by which Qbby can retract through his boxchain so as to slither from point A to point B), to new skills, like being able to butt-slam stacks of blocks down through solid objects, or sliding your shapes from wall to wall, as if playing a horizontal game of Tetris.

These skills are further tested by the co-op campaign—the series’s first. As in BoxBoxBoy!, this allows for two distinct sets of boxes to be placed simultaneously (if one character tries to generate a second chain, the first disappears). More so, it allows characters to use one another as boxes, or to carry one another, jumping in tandem to reach new heights. (Rest assured, too, that this mode isn’t boxed off from solo puzzlers; it just requires players to do a lot of manual swapping between roles.) As a further bonus, the game also includes a third full campaign featuring a rectangular box, Qudy, who can generate either 2×1 blocks or 1×2 blocks, depending on whether he’s standing upright or bowed at a 90-degree angle.

That said, BoxBoy! + BoxGirl! is clearly geared toward young players, so expect a lightweight experience. That fact is readily apparent from the goofy four-panel comics that you can unlock with the medals you earn from clearing levels. Checkpoints are generous, and as no puzzle takes longer than 30 seconds to complete (once you know what you’re doing), there are none of the gauntlet-like dexterity tests so often found in other platformers. You can even use in-game currency to purchase visual hints in the middle of a puzzle, or to pick up assist items that allow you to move faster, jump higher, generate extra boxes, or become invincible. Though laudable that HAL Laboratory has ensured that anyone can beat the game, it’s frustrating that there are few ways in which to increase the challenge, beyond collecting optional crowns. You can also optimize the number of boxes used and try to cut down on the time spent clearing an area, but these are just additional hoops, not harder content.

This relative lack of challenge is compounded by the way the game’s difficulty is designed to reset with each new world. World 13, which introduces drill blocks that can be snagged by your own boxchain, gets increasingly complex across its seven levels, but it’s no harder than World 9, which offers seven levels focused on an exclusive warp portal gimmick. It’s not until the appropriately titled “The Last World” that you get to combine various mechanics, and even then, only two at a time. HAL Laboratory is leaving a slew of underutilized concepts on the table, and BoxBoy! + BoxGirl! is crying out for a Super Mario Maker-like level designer that would allow players to pick up those boxes and run wild with creativity.

Review: A Plague Tale: Innocence Will Make You Squirm But Its Story Comes Up Short

Review: Mortal Kombat 11 Is Well-Executed, But It’s a Hell of a Grind