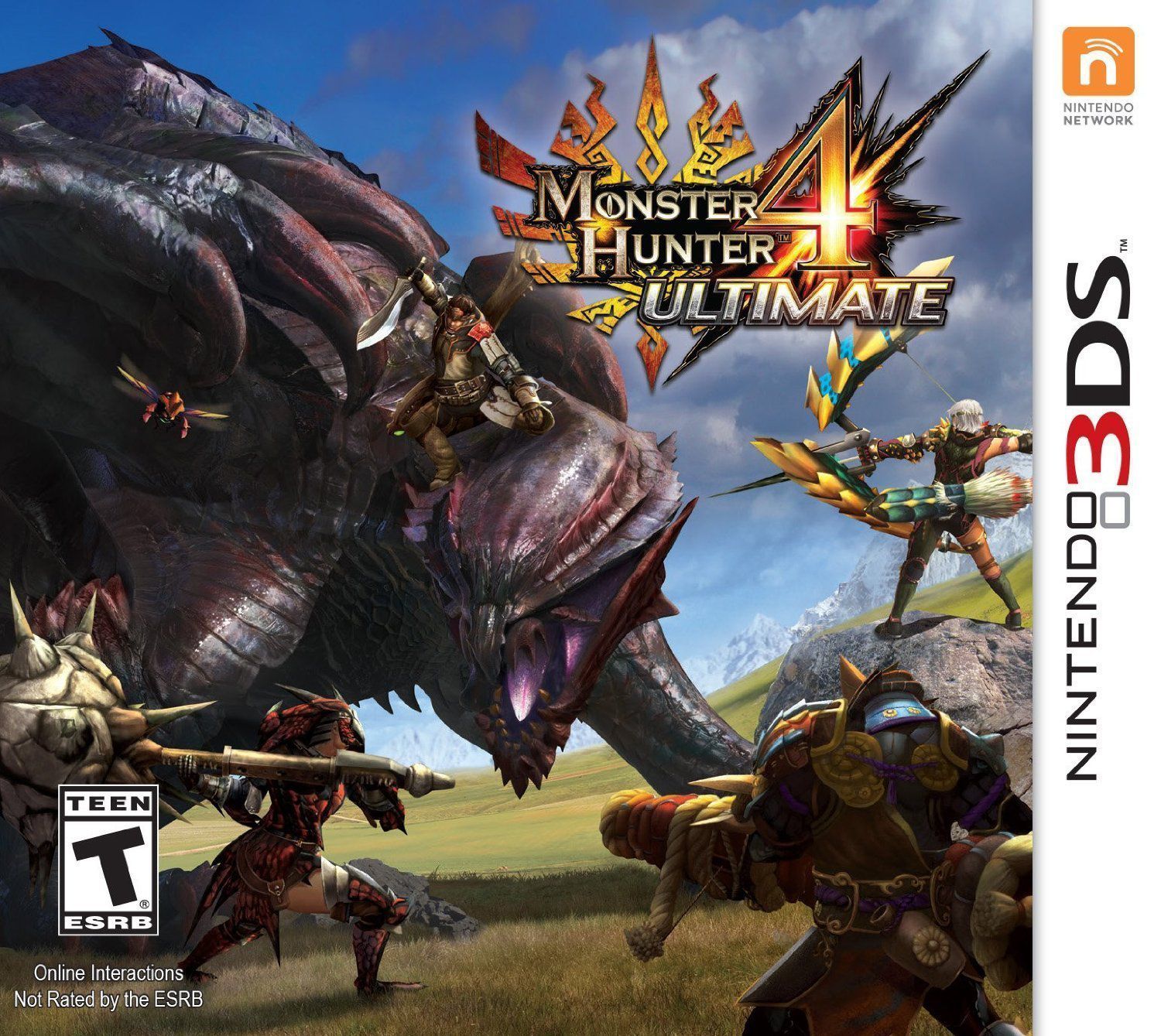 The allure of the Monster Hunter series is right there in its deceptively simple title: Each entry tasks players with tracking down fearsome beasts and slaying them for both their loot and the accompanying boost to your reputation (IRL and within the game’s world) that comes along with such an act. While the foes don’t quite reach Shadow of the Colossus levels of size, ingenuity, or beauty, the sheer volume of formidable, poachable creatures makes for an extraordinary amount of replay value. Monster Hunter 4 Ultimate is the first and only version of the franchise’s fourth form to ship stateside (it was released twice in Japan, the original in 2013 and the expansion late last year), and the inclusion of the adjective “ultimate” here is nothing to scoff at, as this truly is the definitive edition of an already fine installment. The second chapter to surface on the Nintendo 3DS, MH4U makes what was once seen as a generally console-specific concept feel at home on a handheld (especially on the buffed-up New 3DS XL arriving alongside this and The Legend of Zelda: Majora’s Mask 3D) offering a wide array of gorgeous visuals, enhanced controls, and the highly sought-after introduction of online functionality.

Aside from the vast population of wild things awaiting numerous impending attacks (and MH4U does add a significant sum of fresh fights to the mix), the bulk of your attention will be applied to using the spoils amassed from your kills to craft increasingly powerful equipment. Debuting baddies like the canopy-dwelling Kecha Wacha, a comparatively difficult early-phase opponent, is easily slain later on when assaulted with the likes of the devastating Charge Axe (a self-explanatory name if there ever was one) or Insect Glaive, the later of which possesses pole-vaulting prowess and the capacity to send out a nimble bug companion that hits your target and returns with helpful bonuses. Ironically, the seemingly endless number of customizations available in MH4U are at once its biggest selling point as well as a spring of frequent frustration. Finding the appropriate combination of accoutrements suitable for your predatory needs requires considerable trial and error, and quite honesty, a ton of wasted time that could be better spent perfecting combat strategies. It’s not a necessity for the developers to streamline the weaponization processes, but if spending countless hours cycling through text-heavy menus and losing battles due to improper armor selections isn’t a bother to you, then there’s really nothing to worry about in the long run.

Precise maneuverability is a huge part of MH4U, more so than on any previous iteration. Each and every instance of navigation and warzone mechanics has been advanced to include tactics that involve climbing, leaping, and even latching onto the backs of monsters in certain situations. Gone are the days of dashing in for a quick pummel, retreating, defending, counterattacking, and cycling said routine ad nauseam; MH4U keeps constant conflict interesting by ditching strictly horizontal movement for a heaping dosage of much-needed verticality. The jump-punish hype is real: Dealing a fatal blow to some crazy wyvern while plummeting from a height with your giant sword is an action that consistently satisfies. Capcom made a smart decision to nix the underwater-based skirmishes that were an incessant source of vexation in past episodes, allowing the refined terrestrial clashes to rightfully take center stage. Still, various issues with keeping the camera in line materialize (it often inexplicably strays away from key focal points); those without the use of the New 3DS’s secondary pencil eraser-style thumbstick will have to rely on the L-trigger and D-pad to rotate their views, which can become burdensome in the midst of an intense face-off with a bloodthirsty adversary.

MH4U’s campaigns are chock-full of sightly locales as diverse as the roaming varmints that inhabit them. From the lively premier caravan hub of Val Habar to the furthest reaches of frozen seaway, there’s a terrain type to partner with any color palette or environmental tone you may be hankering for. The typical Monster Hunter charisma is in full-effect throughout: NPCs are quirky, but not overbearingly so; new catlike compadres called Palico are awash in Pokémon/Final Fantasy Moogle-esque charm; and, when embarking on quests with human comrades in tow via local connection or WiFi, the journey from amateur trapper to revered huntsman is one that could essentially go on forever, encouraging players to find solace in its explicitly never-ending nature.