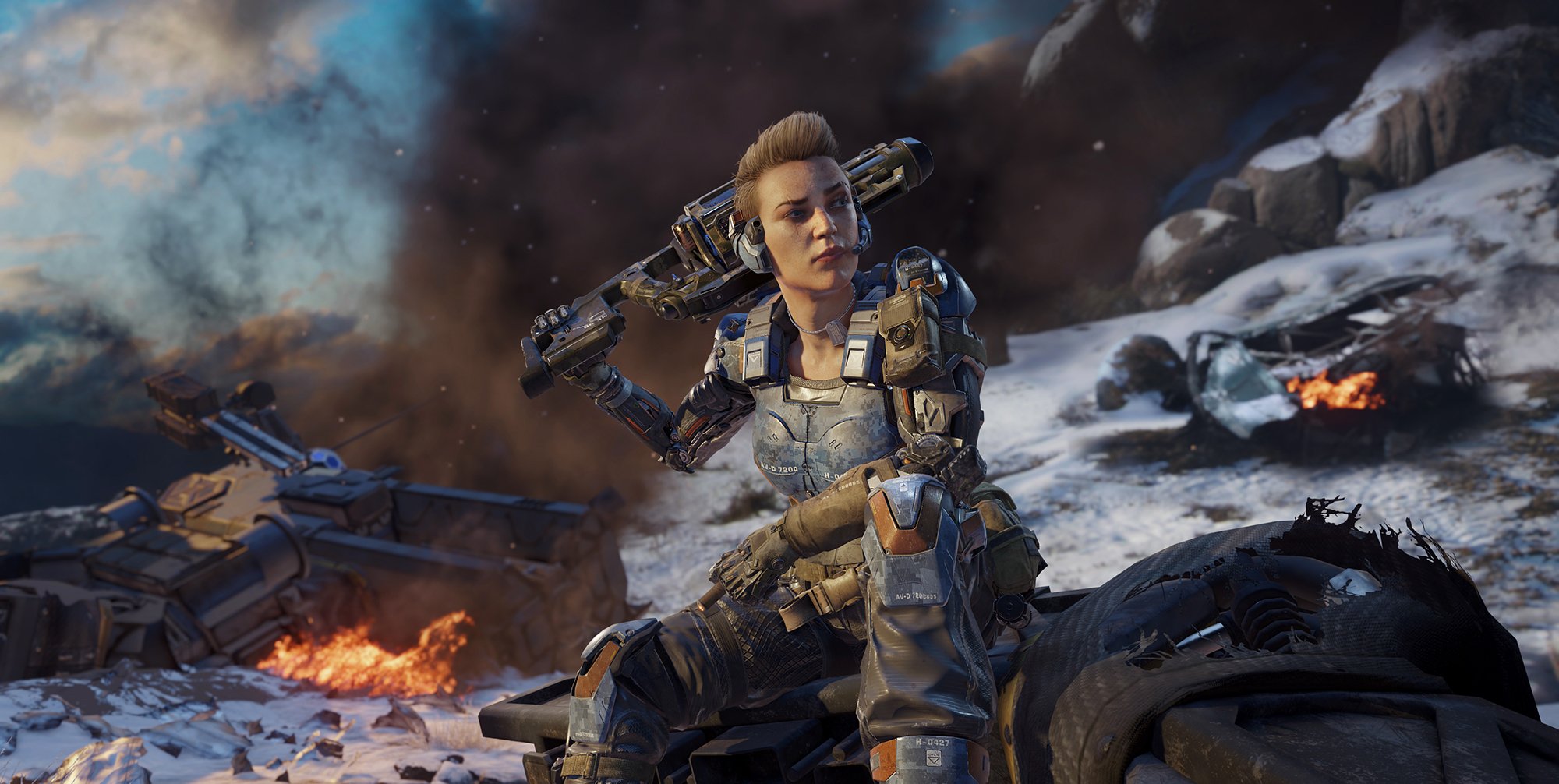 Late in Call of Duty: Black Ops III’s trippy campaign, a squadmate attempts to inspire players with the good news that the artificial intelligence they’re up against isn’t as omnipotent as it seems: “It has all these pieces, but doesn’t know what it is.” This news is far less enthusiastic when applied to Black Ops III itself, a game filled to the brim with content, most of it disappointingly or needlessly executed. Whereas Call of Duty: Advanced Warfare was almost balletic in the way it carefully designed its levels and introduced skills, Black Ops III is clunky and crowded, with single-player options feeling like a second thought beside the more-optimized four-person co-op.

The game is loud and often obnoxious, filled with so many overwrought acts of violence—waterboarding, bodily mutilation, and a man being drawn and quartered—that it comes across as desperate for attention. (There’s little there that Spec Ops: The Line didn’t do better.) The worst offense, however, is how often Black Ops III appears to forget that it’s a game; there are numerous, unskippable scenes breaking up the action (as opposed to simply masking the lengthy loading screens), and so many nigh-invulnerable on-rails action sequences that it might as well be an audition for a Michael Bay film.

As the ever-reliable multiplayer continues to prove, there’s a good game in Black Ops III, only it’s buried under a lot of unnecessary bells and whistles, like the 21 Cybercore abilities that players are able to purchase over the course of the campaign. There are a few vital skills in here, such as the ability to hack and control enemy robots, to electronically trigger any explosives being carried by a foe, or to charge forward with sonic force, but they’re crowded out by all the other redundant skills. When one has the ability to unleash pyrotechnic nanobots on one’s foes, why would anybody choose to distract them with holographic spoofing, or merely temporarily disable their motor controls or optic nerves?

Players can also preset their weapon load-outs, upgrading them with mods over the course of Black Ops III (as in multiplayer), but all this really means is that the majority of weapons will never see any use whatsoever—especially shotguns, since almost every encounter skews toward long- to mid-range tactics. The only reason to ever change things up, or to dabble with the out-of-place parkour, is for the bonus experience that comes from completing Accolades, the game’s in-mission challenges.

This over-the-top approach spills over (or infects) pretty much every PvE facet of the game. The returning Zombie mode takes place in a nifty Lovecraft-noir world that players will never have a chance to enjoy, as the undead hordes never really stop spawning. The Nightmare mode is slightly better, in that it remixes the normal campaign by adding zombies and a new (disappointing) story that’s dubbed directly over the old one, but it’s poorly executed (especially in single-player mode), as zombies have the ability to literally spawn out of thin air, even when a player’s back is to the wall. The so-called Freerun mode is the opposite of what it sounds like, linear obstacle courses that only demonstrate the crudeness of Black Ops III’s parkour, particularly in comparison to Mirror’s Edge. The Call of Duty series needs to stop trying be everything to everybody; it’s a first-person shooter with a military pedigree, and the further it gets from both of those, the worse it performs.

Not for nothing is the worst level the one in which the protagonist hallucinates that she or he is fighting zombies in WWII Bastogne, whereas the best one alternates between aerial dogfights and land-based assaults on a futuristic aquifer platform in Cairo. What these levels have in common is the way that they move too quickly for players to do more than react, let alone to think or plan ahead. It’s telling that while special powers have been added to multiplayer, players are still relying upon the same cheesy exploits from previous iterations to rack up their kills. Longtime fans will no doubt happily find their annualized fix (nothing’s broken, just disappointing), but if it’s true, as one character suggests, that in the mentally augmented and physically enhanced future of war, “your mind truly is your greatest weapon,” then Black Ops III, for all of its imagination, is ultimately a misfire.