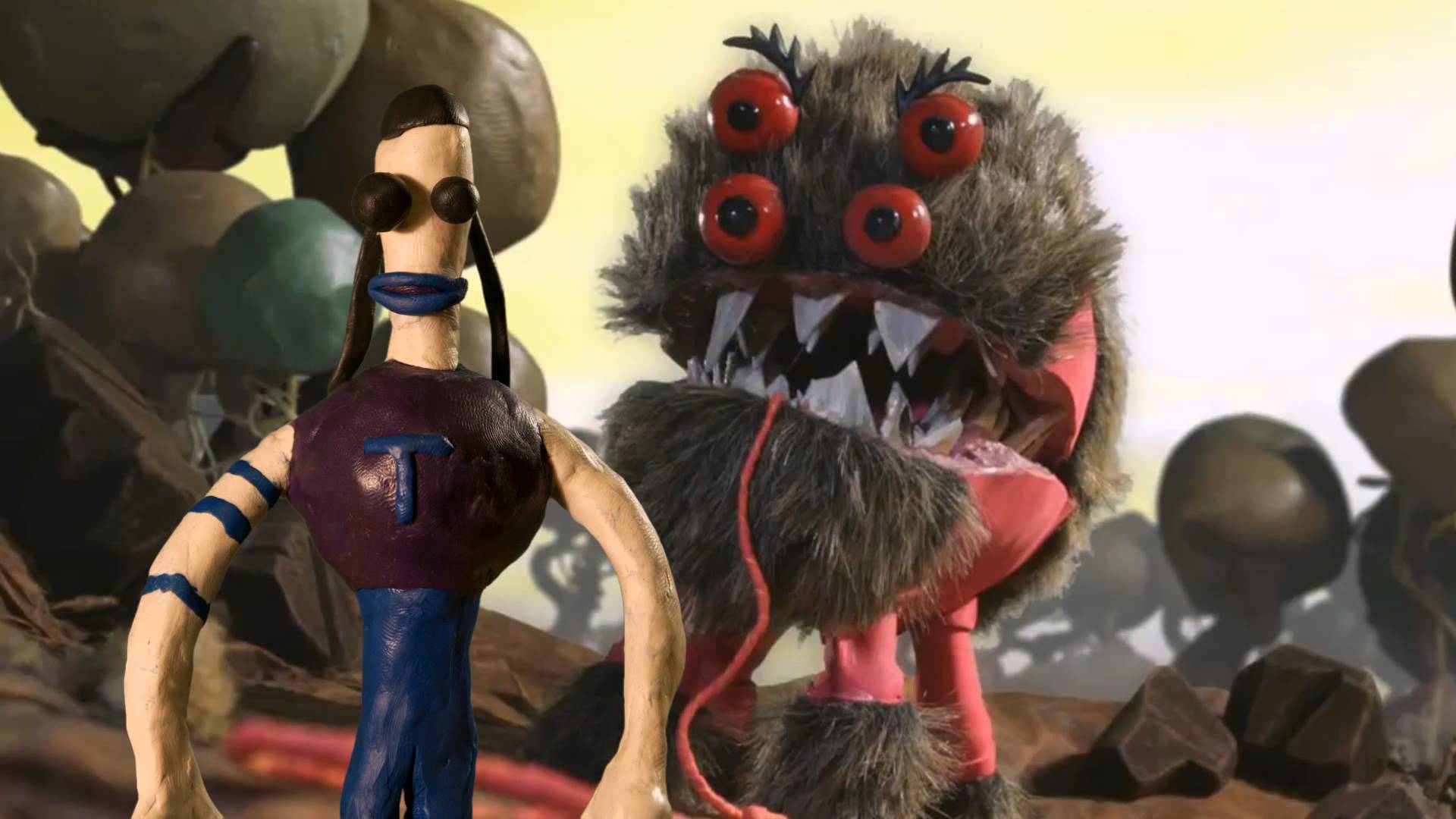 After crash-landing on a hostile planet, Armikrog’s protagonists, the humanoid Tommynaut and the canine Beak-Beak, stumble into a fortress filled with buttons and cranks and broken machines and items in need of pushing, winding, fixing, and finding. The place was built for point-and-click adventuring. Their adventure largely sticks to the patterns of the classic genre, but tag-teaming shakes up the formula a bit: Beak-Beak can fetch items from areas through small tunnels that Tommynaut can’t fit through, and the player can use the two in tandem, such as activating a footswitch with one character while exploring the room beyond the opened door with the other. Item management is also smartly streamlined: Tommynaut will automatically use the appropriate item for the job if he has it.

At first, the fortress seems devoid of life, but pretty quickly the player encounters a series of oddities: a crying baby under a ratskin rug; the riddling spirit of a sandstone statue; and Octovators, octopus-elevator mashups that not only carry the player’s avatars up and down, but also speak legends. Pictographics annotate the creatures’ words, so their messages seem important, but alas, only Beak-Beak can hear them, and nobody, not even the player, can understand the unsubtitled language. Tommynaut and Beak-Beak hope to escape the planet if a replacement spaceship can be found, but what are they to do with the baby in the meantime?

The unexplained eccentricities are novel and whimsical, but they continue to accumulate until the player is lost in the mix of unknowns. The plot reaches its lowest point when an antagonist shows up for no other reason, apparently, than to kidnap the baby from Tommynaut’s care and throw a wrench in the puzzle-solving. The sustained mystery of the Octovators’ tales, the planet’s history, and the baby is finally revealed when our spacefarers discover Armikrog’s version of the Rosetta Stone, but the breakthrough is bittersweet: The revelation brings some fun “Aha!” moments, but there’s no moral here, just objectives: help the baby, beat the bad guy.

That isn’t to say, however, that the narrative is worthless, as the stop-motion cutscenes that tell the bulk of the story are well orchestrated and framed. The audio recording of the dialogue sounds hollow and distant, but the miniature sets are packed with cute details. The clay models and world that Pencil Test Studios has constructed are simple yet wonderfully outlandish. In close-ups, visible fingerprints winkingly remind us that the otherworldly aesthetic’s oblong shapes and pastel colors were crafted by human hands. As the player continues to explore though, the world of odd, quaint rooms starts to feel like nothing more than a series of bland puzzle containers.

In their variety and logic, or lack thereof, the puzzles are pretty mindless, often requiring the player to merely regurgitate a pattern from one part of the world to another. Copying down symbols to paper and then entering them later satisfies our pattern-craving minds at the most basic level, but the straightforward exercises grow tiresome. They’re also frustrating because in-game switches are often unresponsive to clicks, a maddening playability hiccup when paired with the concept of intentionally inactive switches. Furthermore, sometimes backgrounds disappear, leaving the characters hanging in black space. And one time a cutscene was retriggered, requiring the section that follows to be replayed.

The inconsistencies make it difficult for the player to trust that the game hasn’t worked itself into an incompletable, locked state. But through all the glitches, and the story’s mystery and resolution, the music is fantastic. In a shadowed hall of monuments, a couple of seedy tones weave an unsettling song as they hang and shift around one another. And when all the questions are finally swept away by the translation of Armikrog’s language, a slow-rambling song of peace and reconciliation carries the player through to the end. The descent from the hovering uncertainty sounds like going home.