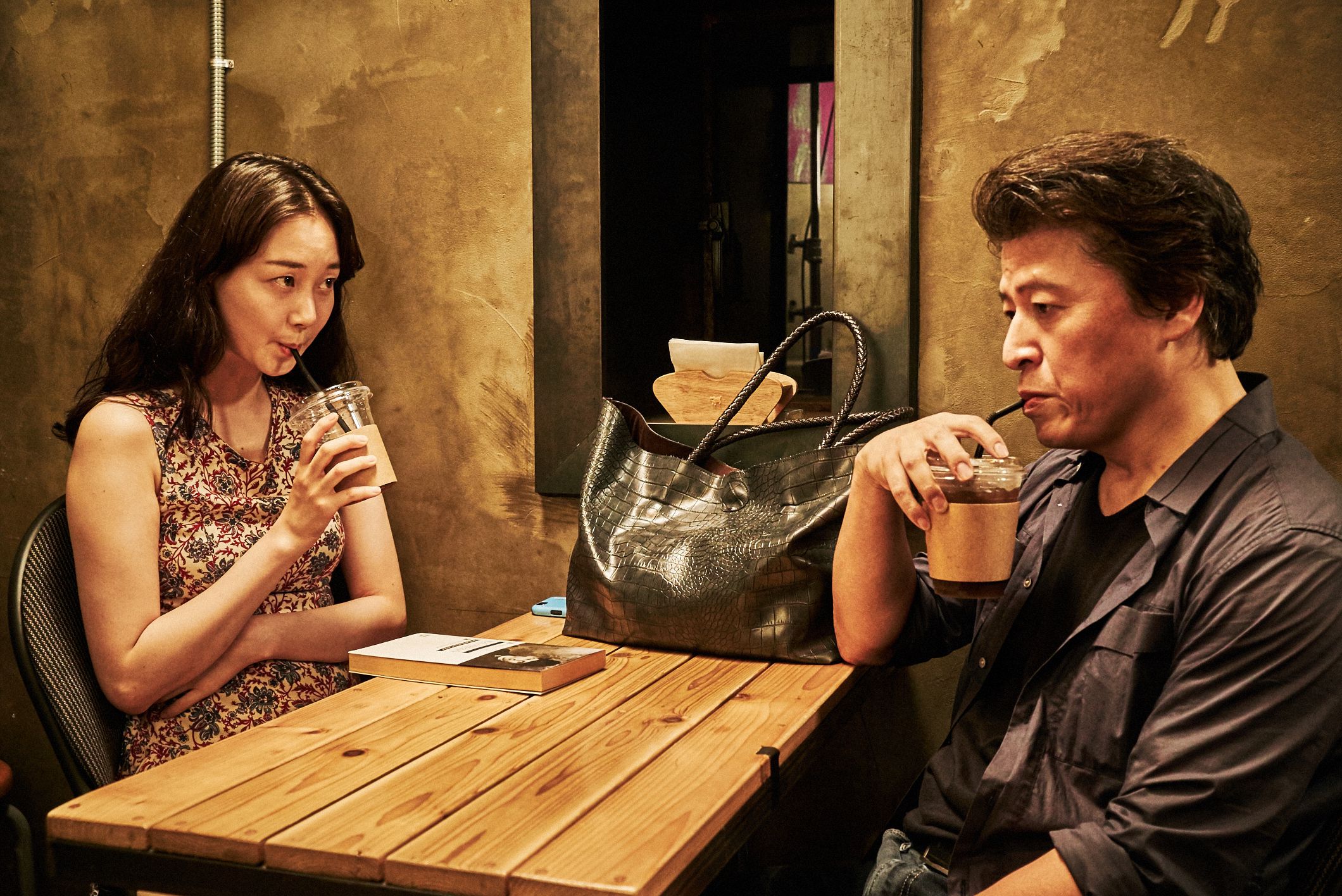 Hong Sang-soo, South Korean cinema’s auteur of repetition, radically reframes a familiar collection of social misunderstandings and inevitable conflicts with Yourself and Yours, a film that resists categorization alongside the director’s blatantly surrealist Night and Day and The Day He Arrives, as well as his more theoretical and structuralist Oki’s Movie and Right Now, Wrong Then. Only at a glance does Yourself and Yours suggest more of the same from Hong, as its plot is structured around a feud between a jealous, controlling artist, Young-soo (Kim Joo-hyuk), and the object of his affection, live-in girlfriend Min-jung (Lee Yoo-young). The couple’s shared trust is compromised by a rumor that Min-jung has been spending time with other men, and soon a fight breaks out between them, with Min-jung moving back home and Young-soo, having realized his love for her is stronger than the rumor he’ll never know was true, beginning an effort to win his lover back.

Hong uses Young-soo’s reticence to accept a generally agreed-upon account of events as a catalyst to do something new with his film—to stoke a denial of perceived truths by layering quirks into the performances and the screenplay that leave us doubting Min-jung’s accountability in much the same way Young-soo has chosen to. Multiple perspectives are considered by Yourself and Yours’s characters, potentially leading to a number of logical, if far-fetched, explanations for this plot’s confusion. Are the Min-jung lookalikes seen in various trysts throughout the film in fact Young-soo’s girlfriend? And assuming they are, is it possible that one side of Min-jung isn’t even aware of what the other is doing? Min-jung’s talk of a possible twin, and the mysterious ringing she at one point hears, leaves plenty of uncertainty as to the particulars of this character, and thus the charge of her cheating.

Hong has claimed Luis Buñuel’s 1977 swan song That Obscure Object of Desire as an inspiration for Yourself and Yours, but whatever clues that might provide as to his intentions are largely mitigated due to major differences between the two works (the doubled woman in the Buñuel film is played by two separate actresses as opposed to one, and her relationship with her confused lover is complicated by age, class, culture, and political commentary). There should actually be a great deal of suspicion that all the incongruence here leads to no concrete answers at all—that, instead, Hong’s latest is a construct, a work whose only integrity is to the act of confounding any particular interpretation of it.

That may sound like an obnoxiously self-serving strategy, but the film’s commitment to ambiguity is crucial to its success; the tack becomes a means for Hong to explore his familiar social critiques, but with the responsibility of criticism ceded to an individual’s interpretation of the narrative. This is because it’s never clear who here, if anyone, is lying, or in some cases if the person on screen is even who we (or they) think they are. And that’s a significant change for Hong, whose filmography has been prone to exacting satirical characterizations of women and (mostly) men, in the context of his culture’s false decorum. Those ideas are still present here, but in a less didactic way. For instance, when not one but two men approach Min-jung, claiming to have met her before, her insistence that she hasn’t could be dismissed since it’s coming from the film’s most inconsistent character—but that presumption would ignore the reality that men often use “Don’t I know you?” as a cheap pickup line.

Hong has effectively constructed a narrative in which every character is conceivably culpable of committing an act that adversely effects those around them, and without just cause. More impressive, these unresolved sources of blame allow for a reflexive empathy. It’s possible that either—though not both—Min-jung or Young-soo hasn’t explicitly wronged the other, so the moments in which they escape from whatever vice or cruel coincidence might be keeping them apart resonate with a quietly harrowing sense of romance, charged as they are with the gravity of what they may have done and the possibility of their own individual blamelessness.

By the end of Yourself and Yours, neither Min-jung nor Young-soo seem particularly concerned with the details of their estranged circumstance, nor even their given roles in this story. Instead, they merely want to accept each other for who they themselves feel they need to be. And this, in fact, seems a natural progression of the ideas in Hong’s cinema: Neither culture nor film can define the world for you—that’s up to you and yourself alone.

Review: Middle School: The Worst Years of My Life