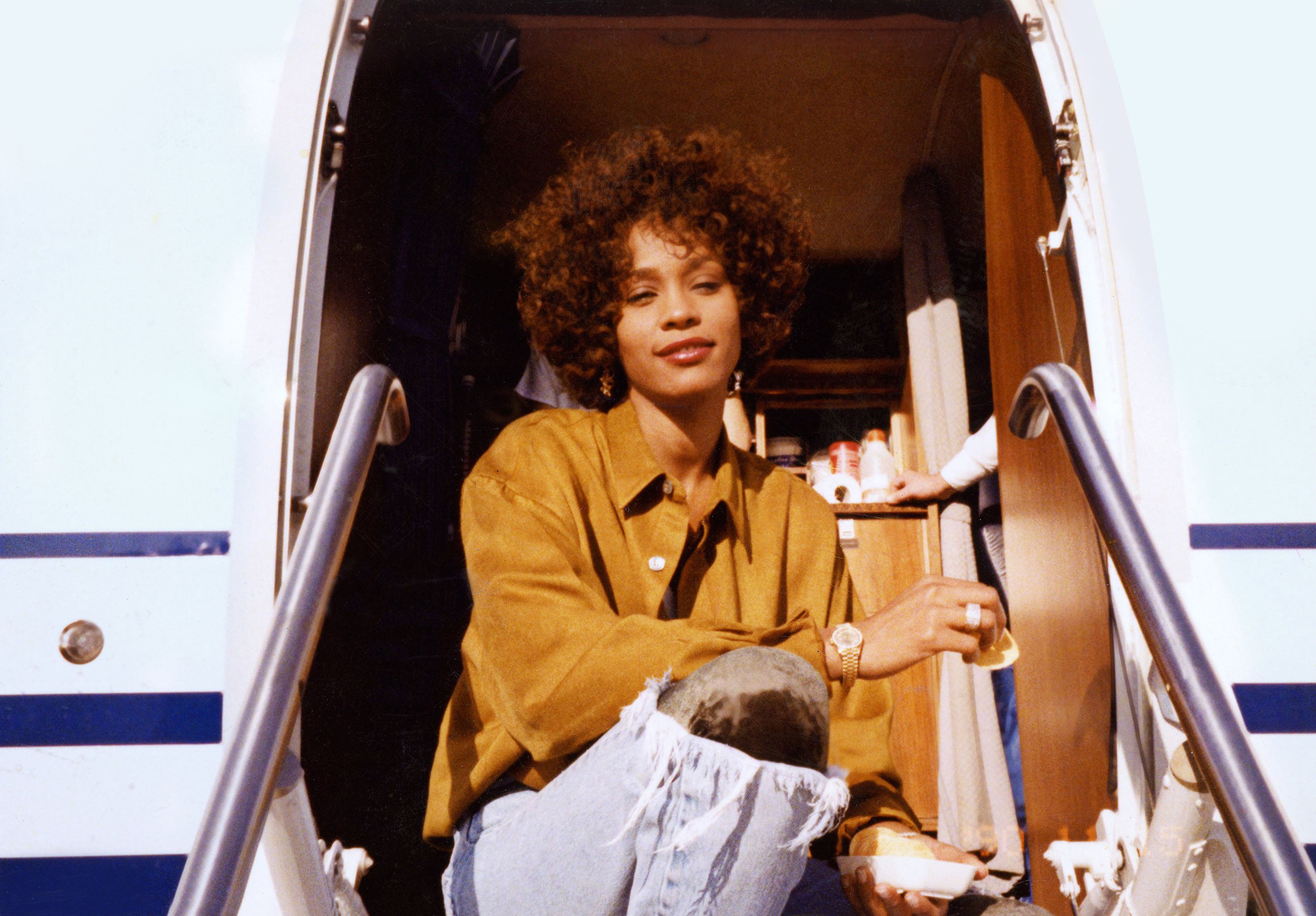 Kevin Macdonald’s Whitney is the second documentary about Whitney Houston in under a year. The first, Nick Broomfield’s Whitney: Can I Be Me, had a wolfish air about it—as if fixed on a spoor, sifting through interviews with key players in Houston’s life for a sense of just who she was. Its eponymous question was one the singer apparently asked herself often, her identity pressured and distorted by those around her. That film felt like detective work, cut from the same cloth as Broomfield’s two investigations into mysterious celebrity deaths, Kurt & Courtney and Biggie & Tupac.

Whitney instills the illusion of closeness to its subject by widening its focus, weaving Houston into the fabric of a fractured pop-cultural landscape. Macdonald uses montage to soak the audience in the texture of the late 1980s and early ‘90s. Flashes of Ronald Reagan are spliced with the strobing colors of the MTV logo; the vibrant red of a Coca-Cola can cuts to the glowing gold of the McDonald’s arches, as “I Wanna Dance with Somebody (Who Loves Me)” pulses on the soundtrack. But then the audio skips, and Houston’s voice is scrambled with stabbing flashes of the 1992 Los Angeles riots. We shift from Reagan to images of George H.W. Bush and the Gulf War. The sugar high of roaring commerce and consumption is punctured with American darkness.

This same feeling, of radiance wrapped around trauma, is one that pervades the film. As charts are topped and concert tours sell out, drugs and litigious conflict gnaw at the singer’s inner life; her health wavers like the melisma of her voice. Macdonald’s investigative work yields a deeply unsettling avowal: that Houston was the victim of child abuse at the hands of her cousin, soul singer Dee Dee Warwick. Reportedly uncovered late into production, Macdonald restructured Whitney significantly to hinge the narrative around the revelation. As such, the whole thing carries the cheapening feel of a late twist, as if the documentary were mere scaffolding for a tabloid bombshell.

This weighs Whitney with a downward-dripping trajectory of inevitability. One sequence sees a home movie of Houston and her family—scenes of warmth and laughter—intercut with recently captured footage of the very same rooms, now cold and empty. The film’s ending echoes The Shining as the camera tracks down the long corridors of the Beverly Hilton Hotel, where Houston died in 2012, intercut with morbid close-ups of a bathtub.

Macdonald dwells overwhelmingly on the maelstrom of Houston’s painful, fraught relationships: to her abusive husband, Bobby Brown; to her suggested gay partner, Robyn Crawford; and to her disciplinarian mother, Cissy Houston. All these troubles seem like falling dominoes to be traced back to a singular source of her demons. Perhaps they can be, but what then of the light?

Throughout, there’s as much tour footage of shadowy backstage rooms and hotly lit hotel suites as there is of the stages across which Houston sung the hits that solidified her legend, and our eyes strain to make out truth of her life through the hazy fug of pills and marijuana. Bearing the financial burden of a swelling retinue of family and friends turned “managers” and “consultants,” the figure that takes shape is a tragic one—of a life defined by its end. For most of Macdonald’s film, Houston seems a guttering flame in a public crosswind, with only fleeting celebration given to the wildfire of her success.

Review: A Skin So Soft

Interview: Debra Granik on Leave No Trace and Tuning Into Everyday America