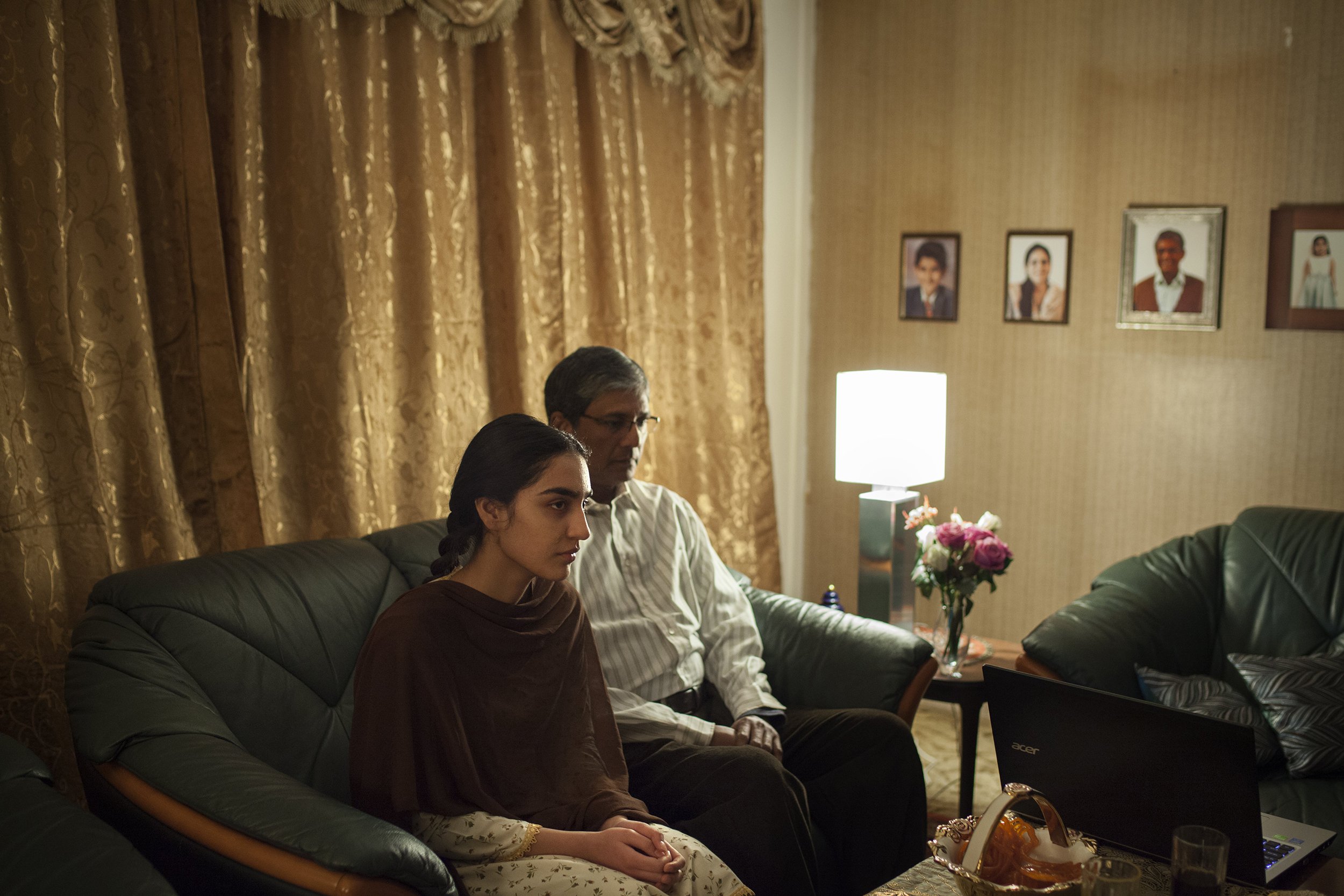 In a pivotal scene midway through Iram Haq’s What Will People Say, Mirza (Adil Hussain) forcibly drags his 16-year-old daughter, Nisha (Maria Mozhdah), to the airport and flies with her from Norway to Pakistan, where he abruptly abandons her with family she’s never met in a country to which she’s never been. All that Nisha did was sneak her Norwegian boyfriend (Isak Lie Harr) into her bedroom for a make-out session, but Mirza jumps to the conclusion that she must have been deflowered. Nisha’s protestations of innocence fall on deaf ears, as the mere sight of his daughter with a boy in her bedroom blows a fuse in the mind of her heretofore reasonable father.

Throughout the film, Nisha walks the tightrope between being true to her sense of self and adhering to moral standards set by her Pakistani friends and family, but Haq isn’t interested merely in reveling in Nisha’s victimization. Along with her vivid, compassionate portrait of the resilient teen’s cross-cultural tribulations, the Norwegian-Pakistani filmmaker balances scenes that depict Nisha’s suffering with an examination of the myriad widespread societal pressures that drive the members of the teen’s family, namely her mother (Ekavali Khanna) in Norway and overbearing aunt (Sheeba Chaddha) in Pakistan, to extremes in reaffirming the norms of a patriarchal society.

Haq is careful not to paint Mirza as a one-note villain completely under the spell of the judgmental eyes of those around him. In a scene early in What Will People Say, Mirza coaxes Nisha to dance with him at his birthday celebration, displaying an obvious affection for his daughter. This moment of tenderness between them makes Mirza’s 180-degree turn at the sight of Nisha hooking up with her boyfriend all the more shocking. The juxtaposition of Mirza’s paternal warmth with his sudden explosion of righteous indignation exists to show what awaits women who dare to cross the invisible threshold of immoral behavior, particularly with regard to their sexuality.

As the story shifts to Nisha’s time in Pakistan, the film occasionally flirts with unadulterated miserablism, putting the teen through the wringer as she struggles to adjust to even more restrictive social pressures than the ones she was under in Norway. Later on, she falls victim to a group of cops who, upon finding her on the streets late at night, force her to strip so they can take a picture and use it to extort her family. But Haq counterbalances the direness of these events with moments of levity, such as when Mirza calls out to Nisha, after dragging her to Pakistan against her will, and offers her a cookie as a meek, oblivious attempt to make amends before he flies back to Norway.

Conspicuously planted throughout What Will People Say are displays of people’s hypocritical attitudes about sex and women, but these moments are still instructive. Such hypocrisy goes a long way toward eliciting our sympathies for Nisha’s relentless struggle, as well as that of so many second-generation immigrants, to try and carve out a unique identity while stuck helplessly between the incongruous demands of two very disparate worlds.

Review: Rise and Fall of a Small Film Company