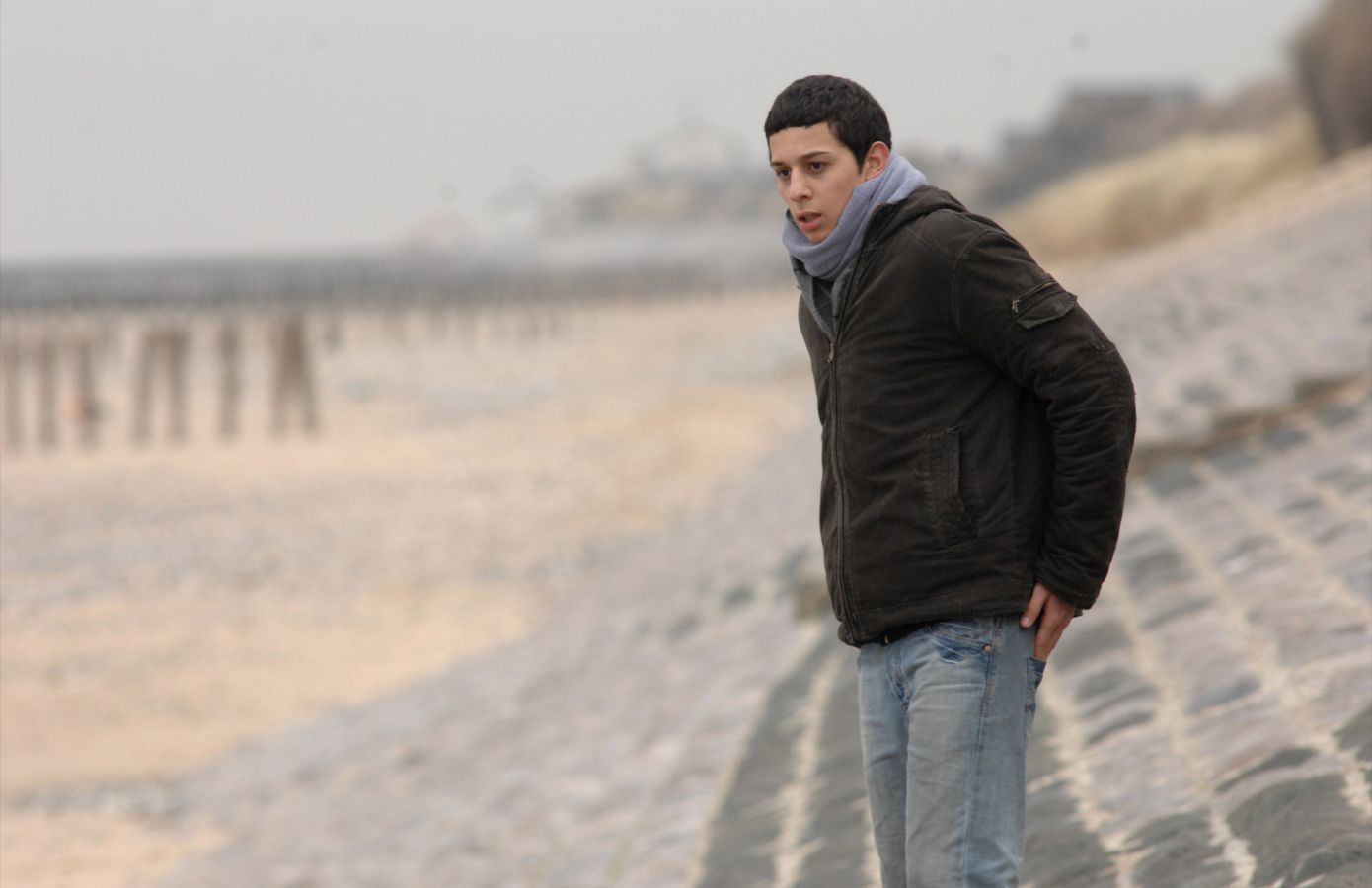 A Gallic counterpart to American indiedom’s immigration melodrama The Visitor, with the Cesar nominations to prove it, Welcome sacrifices empathy with its teenage Kurdish refugee in favor of focusing on yet one more cloying case of consciousness-raising in a middle-aged Western man. Philippe Lioret’s film begins with the desperate details of 17-year-old Bilal (Firat Ayverdi) arriving in the port city of Calais; huddling in the February cold on soup lines with other Iraqis seeking to cross to England, he borrows 500 euros from a countryman to pay a “handler” to smuggle him through the Channel tunnel via truck. Given a plastic bag to put on his head so the border guards won’t detect his breathing, Bilal has a panic attack that botches his passage, and lands him in a French court with a warning to return home. (“He has no desire to go to a hostel,” a judge curtly sniffs at his lawyer.) Young Ayverdi’s wide-eyed anxiety has a stirring immediacy, as do Lioret’s images of the Iraqi men as living cargo, hiding from detection under yellow canvas as the smugglers’ vehicle snakes through Calais’s bright industrial glow.

Then the script’s contrivances get rolling. With the British coast mockingly visible from the beach, Bilal presents himself at a local gym and wangles swimming lessons from Simon (Vincent Lindon), a gruff, solitary former champion now tutoring kids all day at the pool. Soon surmising that Bilal plans to reach his goal—a reunion with his London-transplanted sweetheart, whose father is planning to marry off to her restaurateur cousin—by plunging into the daunting Channel currents, Simon sternly smacks the boy with reality. “You think you are going to swim 10 hours in 10 degrees water?” he scornfully asks (in English, their common tongue and the one friendliest to audience-pandering on the international market). Scarcely before you have time to anticipate Lindon’s function as a more charismatic, macho Richard Jenkins, Simon subconsciously seeks the approval of his estranged do-gooder wife (Audrey Dana) by giving Bilal pizza and a bed for the night in his apartment, drawing the interest of a nosy neighbor, who accuses him of “being up to something” with the lithe youth, and the cops, who threaten charges of aiding an undocumented alien. Welcome’s dopily sentimental screenplay binds the French burnout and Iraqi naïf together in their yearning for women they can’t have, and its shameless abandonment of larger life-and-death themes in favor of Nicholas Sparks-style hooey can’t be disguised by an unearned, climactic dose of tragedy.

The 2010 Orphan Film Symposium: A Crash Course in Film History